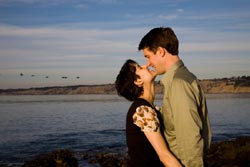 I am Sarah, married to Tony. We have a daughter (Axa Elisabeth, born 2005) and a son (Raj Dominique, born 2007). We are originally from San Diego. I home-school our children and my husband does marketing for an Italian company.

We first moved to Italy in 2008. Tony is of Italian descent, and I’ve always wanted to live abroad, so Italy was the natural choice. We spent seven months living in two different towns in Piedmont (Saluzzo and Chiusa di Pesio) and trying to convince them to recognize Tony’s Italian citizenship jure sanguinis (by descent). His citizenship was finally recognized just as the business we were still running in Southern California failed during the Economic Downturn of 2008. We spent a year back in the United States tying up loose ends, and finally made it back to Italy in April of 2010. After a couple of months in Florence, we decided that what we really love is the beautiful North of Italy.What challenges did you face during the move?

Learning Italian from scratch was an adventure, as were a lot of other things, like discovering that shops and restaurants were never open when we wanted them until we became more Italian in our habits. We quickly learned that the easiest and most enjoyable way to do things in Italy is to make friends. In my experience, Italians are almost without exception friendly and helpful. And they love to practice their English and talk about what life is like in California.

We initially wanted a short-term rental, but found out that they just don’t do that here, especially if you’re not in a tourist spot. Just like with everything else, we found a nice Italian real estate agent who was willing to take us under his wing. He helped us get a codice fiscale and open a bank account, as well as (of course) finding us an apartment.

We don’t know any other American/European expats who live near us. There’s quite a thriving Argentine community, but they’re all of Italian extraction, and they seem to go native effortlessly.

We live downstairs from some friends we met at Church when we first arrived in Italy. We also have some other friends in our little town. We were in despair about getting Tony’s citizenship recognized until a friend of ours said he knew his mayor, who could help us. The mayor said no problem, and then a year later offered my husband a job in his company. Relationships make the world go round in Italy.

The food is wonderful, of course, and the scenery is absolutely beautiful. Compared to Southern California, life is much more relaxed. I really appreciate the opportunity to talk to other people with different paradigms and examine my own. We’ve learned from our Italian friends and neighbors to take time for relationships and enjoying life.

It can be isolating at times. I don’t like spending time waiting in endless lines at Italian government offices. My children miss their grandparents.

Don’t isolate yourself from Italians. Find somewhere to make friends, whether it is church, a sports organization, work, or just chatting around with your neighbors and people in shops.

I have no desire to ever leave Italy. We love our little town, but I do miss the city. We’d like to move to Turin in a year or so and do some city living-Italian style.

You can read more about Sarah and Tony's adventures in Italy (and elsewhere!) at Casteluzzo.blogspot.com