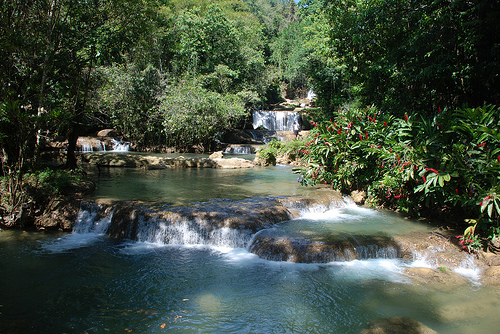 Expats often move to Jamaica dreaming of paradise. And there’s no doubt about it, island life can be beautiful. However, there’s a lot that only insiders know, and without this knowledge, you may at best miss out on a few great experiences or at worst have a really tough time. Here are a few tips for making the most of your life in Jamaica.There’s a lot more to Jamaican food than jerk chicken and ackee & salt fish: Those two dishes are the most famous, but there’s plenty more to explore. A few recommendations are the banana chips, an endless number of soups, pastries, pies, and cakes (often made with local fruit), and the many offal-based dishes.

You may not want to drive: Driving in Jamaica can be pretty stressful if you’re not used to it. Adherence to traffic rules is lax, as is enforcement. People tend to drive over the speed limit whenever possible, honk a lot, and not use seatbelts. In many places, the roads aren’t well maintained either. If you can afford to, get a four-wheel drive or even hire a driver. If not, you might want to consider using public transport, which is plentiful and cheap.

Reset your clock: “Island time” is of course no secret, but one of the most common recommendations from any expat who has lived in Jamaica for a few years is to slow down. It’s advice worth repeating, and even more worth listening to. Do not expect things to run on a schedule in Jamaica, whether it’s a friend coming over for dinner, the processing of a government application, or renovations at your house. Things will move slowly, there will be delays, and everyone around you will behave as though everything is moving along normally – which it is. Resisting it and clinging to your old expectations of punctuality and promptness will only make you miserable.

Shop at the local markets and roadside stalls: There’s a lot of local produce, especially Jamaican fruit, that tourists never see, and that even expats miss if they stick to the supermarkets for their supplies. The supermarket may be comfortable and convenient, but if you want a real taste of Jamaica, you need to brave the heat and chaos of a traditional market.

Do a rum tour: Everyone is well aware of the association between Jamaica and rum, and many expats enjoy drinking rum in Jamaica, even if they never did so before. But actually doing a rum tour isn’t as popular as it could (or should) be. You’d do a whisky tour in Scotland, so why not do a rum tour in Jamaica? The Appleton Estate does tours of their estate and distillery, where you can learn about the rum production process and the history of rum, taste some of their rums, as well as some of the intermediate products such as sugarcane juice and molasses, and even buy a bottle or two if you like it enough. It’s a nice way to spend a weekend instead of yet again digging your toes into the sand at the beach (which of course isn’t bad either).

Resist the temptation to live in an expat bubble: Yes, it might seem more convenient, but you’ll be missing the experience of really interacting with your surroundings and the local people.

Jobs are scarce and salaries are low: Don’t come to Jamaica expecting to somehow eventually find a job or start your own business. Competition for jobs is fierce, the pay is lower than most expats are used to, and if you want to start a business, licenses and permits are expensive and take time to be processed.

Always consider your safety: Research the area you plan to stay in – some of the fancier areas seem great but frequently suffer burglaries. Don’t display your belongings too obviously – phones, cameras, and tablets can easily be stolen. Don’t hitchhike (at least not alone) and don’t accept “tours” from random strangers.

Expect disruptions: You will have power cuts and water cuts. Be prepared for both. Get a generator or at least minimal power backup as soon as you can, get additional water storage, and learn how to use water sparingly.

Develop a network: A lot of things in Jamaica depend on your contacts – people at the bank, in the government, in the local police force, even a local politician. You don’t have to be the best of friends, but it will be useful to know them and have a cordial if superficial relationship.