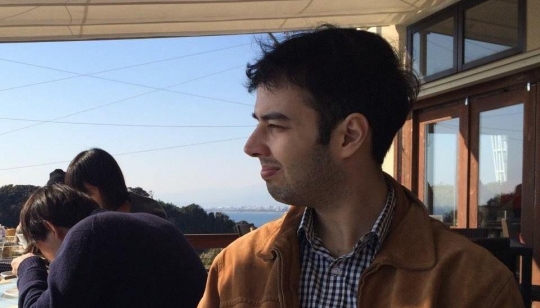 I am Adam, from the UK, and I live in Japan, and have previously lived in China, Cambodia and Indonesia.I am a wealth manager and insurance advisor, dealing with clients all over the world. I am especially specialized in helping British, American and other Western Expats with pension transfers and other financial planning.

I first moved overseas in 2011 to China. I was younger then and wanted a challenge, and my best friend was already in China. The UK economy was struggling at the time after the financial crisis, so it was a great time to leave the country and arrive in a high-growth place like China!

After a few good years in China, in 2013 I moved to SE Asia, to start working with a new company, also in the financial advice space. I visited Japan in 2013 and loved it, so when I got the chance to live in Japan, I took it!

Language is self-explanatory, but it has to be said that Chinese, Japanese and Khmer aren’t easy languages to learn. In fact, to my surprise, I found Chinese much easier to learn than Japanese, at least verbally. Reading and writing is difficult in both languages, but spoken Chinese is simpler than Japanese for me.

In terms of expectations, I had visited China twice before living the country. In fact, I had spent 5 weeks in China before living there, including in ‘non tourist areas’. However, living and visiting a country are two different things. In particular, you need to work in a new country, and the nuances of communication are one of the first things you realize are different. In both China and Japan, many people avoid conflict and being too direct, especially in the Shanghai area, where people are more indirect as a generalization than in North China.

It was included in my first expat contract in China, which was convenient. I only realized how lucky I was when I needed to find my own place in SE Asia and especially Japan.

In Japan, the housing prices are lower than before, and much lower than during the bubble economy years of the 1980s and early 1990s. In fact, people are often surprised that Japan is no longer an expensive destination to live, apart from Central Tokyo. Even in Central Tokyo, where I live, 1 bedroom houses are reasonably priced. That doesn’t mean the situation with housing is good. It isn’t uncommon to have to pay huge upfront fees, and many places don’t have furniture.

In Tokyo there are many expats but still less than London, New York, Singapore and other international cities. The number of expats is similar to Shanghai, but much higher than when I first came to Asia in 2011. I was posted to a city with maybe 50-100 expats! That did mean that the expats were very close-knit, and the trust was very high between us.

On the whole, my relationship with them is good, but more in a professional sense. I have some local friends and organize events.

With that being said, Japanese people can be reserved, to a larger degree than even British people, but there is a fantastic politeness about the society. This dynamic means that it can take a long time to make local friends, especially if they aren’t returnee Japanese who are confident about their English and dealing with foreign nationals.

The incredible safety. I once left my laptop on the top of a train ticket machine. 2-3 hours later it was still there, unscathed!

Beyond that, Japan has so much great food and international quality restaurants. Tokyo has more international Michelin star restaurants than any other city. Tokyo is also a very polite and orderly society, where things tend to work efficiently, unlike some of the other expat destinations I have lived in.

I don’t like the housing situation as I mentioned. Beyond that my Japanese isn’t as good as my Chinese, so I am trying to improve that.

Moreover, even though Japan is a very polite society, it isn’t easy to make friends quickly, due to the reserved nature of the society. It also has to be remembered that the language situation means that job opportunities are limited to expat jobs and starting your own business. In comparison, in Singapore and Hong Kong, many expats have more opportunities.

I guess the indirectness of Japanese society. The UK is very high-context too, but of course I am a native speaker, so understand the nuances of communication. In the same way that British people use contact and sarcasm and other high-context communication, many Japanese people do the same.

Food and drink is great in Japan, particularly the sushi and Osaka style food. The international food is also good in Tokyo, and you can get authentic style Japanese food. Yoyogi park, in particular, does many themed events like ‘Brazil day’ where you can sample food, drink and culture from the country that is being featured. Many expats have also started expat bars and restaurants. I don’t particularly like the noodles or Natto, which has an almost cult-like following in Japan.

A lot of people say do the research which is correct, but sometimes you just need to make the leap. It is easier to be sent on an expat contract but consider all the options. Moreover, these days, with the internet, it is becoming easier to become a digital nomad. Japan isn’t a mainstream digital nomad destination like Thailand, but there are expats who do this.

No matter how much research you do, nothing betas experience, so ask expats about their experience, but don’t be put off by negativity.

At the moment I am unsure. I have learned it is almost impossible to plan 5-10 years ahead, as there are always unexpected things. I may return to Europe or stay in the Far East, also depending on my personal situation.

One negative about the region is schooling. Expats usually either send kids to international school, which is expensive if the company doesn’t pay for it, or go home, rather than send the kids to local schools.

Beyond that, I plan to start my own financial planning practice in the future.

You can keep up to date with Adam's adventures on his website.

Would you like to share your experience of life with other readers? Answer the questions here to be featured in an interview!