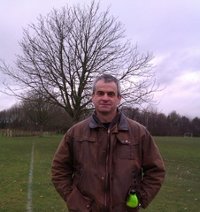 Hi, my name is Ken and I have been a consultant project manager for about 15 years.

In March 2011 I had just finished a really enjoyable 2 years in Sri Lanka and was eagerly looking for another Asian opportunity. So, I was really delighted to be given the chance to work in Kuala Lumpur with one of the telecom companies headquartered in the capital.What challenges did you face during the move?

After being back in the UK for a few weeks, the trickiest thing in coming out from Europe is battling jet lag in the first week or so. Initially staying in a hotel in the ‘Golden Triangle’, I remember the horror of nearly missing a vital meeting on day two because I couldn’t sleep until 3am and then missing my alarm. The challenge then, is that down-town KL traffic is not the fastest in the world and finding a taxi is not always easy.

The consultant I was replacing recommended a flat near the Mid-Valley Mega Mall and I was in residence within 10 days. Easy as that! I stayed in a couple of other condos too; my advice is just to go on-line and phone the agent for any apartment that appeals. All the agents I spoke to were friendly and helpful.

It’s easy to find expat friends in KL – especially if you are interested in sports. There are many, many clubs and activities around. Perhaps the Royal Selangor Club is the most famous, but whatever your taste, you will probably find a club for it.

Working with the locals is easy too; English is common, many people have the broad perspective that comes from being educated outside one’s own country and the working style, in general, is collaborative and friendly.

What did you like about life where you were?

I loved KL; it is a massively diverse, buzzing city with every type of food and restaurant you can imagine. Jalan Alor and Sunday night dinner in one of the street restaurants in Chinatown are a particular favourite.

I was last in Malaysia in the 1980s. Sometimes then, I felt it was a country still finding its identity and place in the world. KL now is something different: I love the architecture and the ambition and fusion of ideas that it embodies. The Petronas Twin Towers are mesmerizing. Less famous perhaps, but, I think the LRT, Menara Telekom and the SMART traffic tunnel (which doubles as a storm water defence mechanism) are equally impressive.

If there is one thing I found hard to deal with in KL – then, it is the price of beer! Although not as expensive as Singapore, KL is not a beer drinkers’ paradise! But then again, the price of a pint is probably not a big deal for everyone!

I hope I am back working in Asia soon; and if anyone wants a project manager in Malaysia – then please let me know!