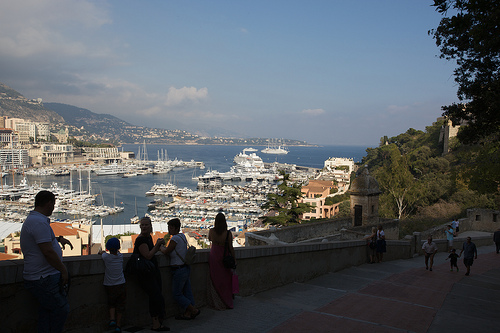 Monaco is one of the smallest but richest countries in the world. It is highly developed and boasts an excellent infrastructure. The permanent population of this country is about 30,744, of which only 22% are Monegasque. Around 35% of the population is French, 18% is Italian, and the remaining 25% comprises various nationalities. Though French is the official language of the country, English and Italian are also frequently spoken.It is therefore hardly surprising that Monaco has become the dream destination of wealthy expats from around the world. Contrary to common belief, the country isn’t just a paradise for the single or young couples; Monaco is a great place for anyone of almost any age, and in fact, living in the state with the highest GDP could be a great experience for kids too!

It is mandatory for all children between the ages of 6 and 16 to receive full-time education. The school year begins in the early part of September and runs for four terms annually. There are ten state-run schools, of which seven are primary, one is secondary, one is a college and one is a specialized hostel for vocational training.

Many of the expat children in Monaco attend the International School of Monaco (ISM), which offers bilingual (English and French) education. This school offers its students the International Baccalaureate (IB) program and prepares students for admission into universities worldwide. As well as academic subjects, children are also trained in music, arts, drama, and various sports.

The residents of Monaco represent more than 100 different nationalities. This means that expat children get to meet and interact with people from all over the world, which in turn helps them learn about different cultures. High exposure to diversity promotes multiculturalism, and this is excellent for the personal and professional development of young people. Parents can also take steps to ensure that their children don’t lose touch with their own culture.

The residents of Monaco are very active in practising various sports, regardless of their age and nationality. This encourages children to participate and excel at different types of sports.

In 1985, the Louis II stadium was inaugurated for hosting international athletic competitions and the First French Division Football team games. This stadium has been equipped with a wide range of sporting facilities like swimming, basketball, volleyball, weight-lifting, martial arts, squash, boxing, and table tennis.

There is also the Monaco Grand Prix, one of the most popular races in the world, which has drivers take to the streets as they tackle narrow lanes, tight corners, and the famous tunnel. This event is a source of much excitement for children of all ages.

Monaco’s annual calendar is filled with festivals and cultural celebrations from around the world. These occasions are more than just fun for kids, as they get to participate in and learn about various cultures. Some of the most popular events with children include:

Sights to see and things to do

With over 300 days of sunshine a year, Monaco offers many seaside activities to its residents. Moreover, the country is only an hour or so away from the Southern Alps, which allows easy access to the slopes during winter. Moreover, there are many things for children to explore within the country, some of which include:

– The Oceanographic Museum, with its 90 pools of tropical and rare Mediterranean species
– The Larvotto Beach, which offers swimming, snorkeling and a playground
– Prince Rainer III’s classic car collection, which includes everything from horse-drawn carriages to modern cars
– The Zoological Garden of Monaco, home to more than 50 different species of exotic birds and primates
– The Exotic Gardens with their display of cacti and stalactites overlooking the French Riviera