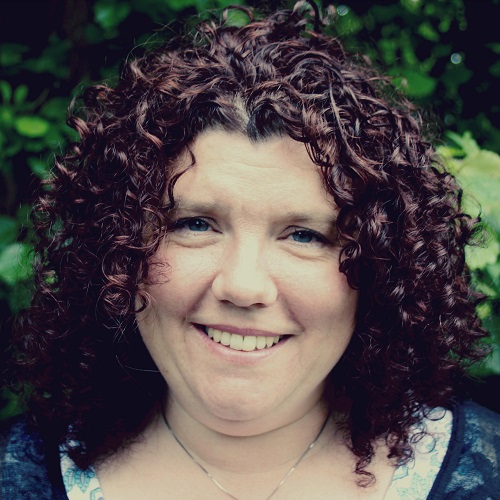 I’m British but the Netherlands has been my home since 2000. My husband is Dutch, and my three sons have both Dutch and British nationalities. I’m a writer and blogger and you can find my stories in expat anthologies such as Dutched Up!, Once Upon an Expat and Knocked Up Abroad Again.Where, when and why did you move abroad?

I moved from Watford, England to the Dutch town of Voorschoten in 2000, nine months after meeting a Dutchman in an internet chatroom. We met just as the world was supposed to be ending (remember all that millennium bug stuff?) and spoke to each for the first time on the telephone as 1999 rolled into 2000. When my job abruptly ended that summer we took it to be synchronicity and the decision was made that I would leave England and move to the Netherlands.

Nobody told me that culture shock was a ‘thing’. I knew that leaving my friends and family behind would be tough. I knew it would take time to learn Dutch. I knew things would be different. But I had no idea how frustrating life would get before life abroad normalised for me.

There were the big things like the fact that we wanted our own place to live so I needed to find a job quickly, and that meant a step backwards in my career just to get a foot in the job market. My Dutch life was less than three months old when we bought a house together in The Hague and moved out of his family home in Voorschoten. It was a rollercoaster ride!

And there were little things too. Going to the supermarket was a struggle (What the heck is that cut of meat? Why is there an entire aisle filled with sprinkles? Where’s the Branston Pickle?), buying stamps was hard work and once I had picked up some Dutch words it was a battle to get Dutch people to allow me to at least attempt their language. As soon as they heard my accent they pounced and spoke English to me. Once that stopped I knew I had made significant linguistic progress.

I now live in Zoetermeer and there is no significant active expat community here but there are other expats for sure (and we are a stone’s throw away from The Hague where there are many active and vibrant expat communities and clubs).

In all honesty, even though I have expat friends too, I live life as a local. That happens when you’ve lived abroad so long I guess.

I love Dutch life. Leisure time and family life are priorities for the Dutch and I think that’s a wonderful way to approach life. The Dutch work hard (achieving more productivity in fewer hours than counterparts in other countries) but play hard too.

When I am back in England I realise how much thinking I have to do to communicate in Dutch. Sometimes it’s nice to just be able to blurt out what you feel or mean without thinking about the best way to say it. That said, I spend most of my day communicating in Dutch so even that has gotten easier than it once was. All my writing is in English, and we are raising our sons bilingually so I try to talk to them at home in English as much as possible but other than that all my daily communication is in Dutch. My children are in a local Dutch school and I recently became a klasouder (class parent) so I guess I’m accepted as a ‘local’ as I could expect to be!

I think Brexit revealed the extent of the mindset difference between the Dutch and the British. It’s hard to put my finger on completely but there’s a multicultural flexibility to the Dutch that I love. The Dutch are linguists and proud of it (the British are not renowned for their linguistic capabilities) and the Dutch are at home anywhere. The Netherlands is a small country but one with an impressive economy and social structure – it’s a good place to live.

1. If you are in the Netherlands for the long haul then learn Dutch. Eat, sleep and breathe the Dutch language. You cannot fit in to local life if you don’t speak the local language.

2. Be prepared for the culture shock curve – it’s real and you will go through it. At some point you’ll hate the Netherlands, you’ll be fed up of the bluntness of the Dutch and you’ll want to go ‘home’. Push through that and you’ll find yourself living in a country you’re proud to call home.

That’s a good question. As of two weeks ago I can now call myself both Dutch and British – I now have Dutch nationality too. Brexit was the catalyst for my application and it was surprisingly easy because I have been here for more than 15 years. So can I even call myself an expat anymore? (Note that I saved that bombshell for last…) This has prompted a rethink about the blog and where my writing goes from here – watch this space.

Importantly my husband’s contract ends in 2017 so he’s looking at new opportunities at the moment and that could actually mean a relocation. So who knows, I may well end up being an expat again!

You can keep up to date with Amanda's expat adventures on her blog, Expat Life With A Double Buggy, and on Facebook or Twitter.