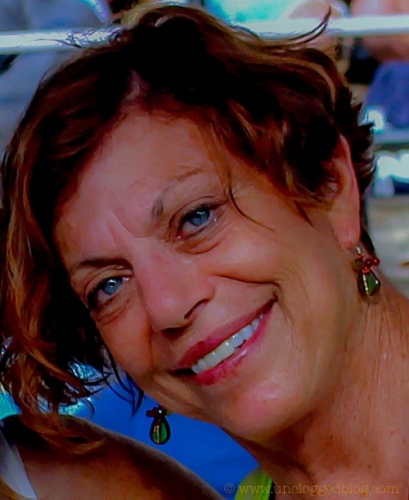 I’m an American freelance journalist who was born in Los Angeles but spent most of my adult life in Newport Beach, California (of reality show The OC fame). After graduating from UCLA in 1973, I launched my career as a travel writer for the American Automobile Club (AAA). Since 2012, I’ve shared passion for my adopted city at UnClogged in Amsterdam: An American Expat Plumbs Holland.Where, when and why did you move abroad?

I fell in love with Amsterdam after visiting the city on a whim in 2007. I bought an apartment in 2010 and exchanged sunny southern California for this soggy but gorgeous patch on the European continent for good.

Language! While it’s easy to get around in Amsterdam without knowing Dutch, you need the language to read your mail, bills and the local newspaper. Making phone calls and communicating with local merchants also is much easier if you try to do it Dutch.

Yes, Amsterdam is a melting pot of expats. I’ve met many through local meet-ups and expat groups. Still, it takes some effort, especially if you work from home.

Everything! From experiencing seasons to having no need for a car, I love living in Amsterdam – the only city I’ve been to in all my travels where it’s perfectly normal to talk to perfect strangers. I do it all the time, over cappuccino in Leidseplein; over beers at Sound Garden, my local dive bar; or at Eerst Hulp, the coffeeshop around the corner from me.

It takes a long time to fully integrate into local culture, especially if you don’t have family or work colleagues nearby. Also, Mexican food. No matter how they try, Dutchies just can’t make tacos or burritos like they do where I grew up.

People commute via bike, not car; everyone complains about the weather; and smoking marijuana in the park is commonplace and condoned.

Learn Dutch. If you’re coming from Southern California, ditch the flip-flops and invest in several jackets and some good-looking boots.

To become fluent in Dutch while living out the rest of my days in Amsterdam.

You can keep up to date with Melissa's adventures on her blog, UnClogged In Amsterdam.