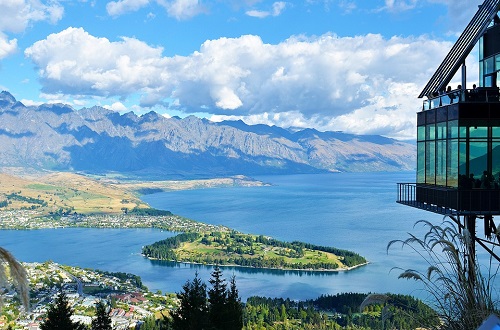 The economy in New Zealand is growing quickly and there are lots of opportunities for expats. Its main industries are agriculture, energy, fishing and tourism.

This is a country of two islands, known by Maoris as the ‘long white cloud’. Its spectacular natural beauty in abundance means there’s a very strong outdoor lifestyle which will suit many.Auckland is at the centre of the country’s commercial and cultural activities, and is also the favourite choice for expats. Another popular destination for expats is Wellington, which is the country’s capital.

One of the best countries for expats

Indeed, New Zealand has come a close second to Singapore in the HSBC Expat Survey to find the best countries for expats, which places it well ahead of other popular expat destinations such as the UK and the US.

The country scored particularly highly with expats for its quality of life ,and they also rated highly the opportunities to become entrepreneurs, progress in their careers, and have experiences they enjoyed.

Expats will also be pleased to know that the survey also rated New Zealand’s healthcare system as the best out of of the 45 countries they looked at. It also scored well for integration, making friends and feeling safe.

One of the downsides to living in New Zealand is the cost of living since so many goods need to be imported which makes them, relatively speaking, more expensive than in other countries.

Many expats do not move to the country to make their fortunes, since the salaries are reasonable but not excessive, but they do get to enjoy a great quality of life and excellent opportunities for themselves and their families.

However, accommodation is reasonably priced and easy to find and setting up a bank account is easy enough; there are some big banks in operation with Westpac and the Commonwealth Bank leading the pack. It’s also easy to move money between New Zealand and foreign bank accounts.

The country has a relatively low unemployment rate but there’s a distinct shortage of skilled workers in accountancy and IT as well as medicine and healthcare.

The country regularly updates its immigration skills shortage list and expats looking to move there should check that their experience and qualifications comply with any visa regulations. This list of occupations offers both long-term and short-term opportunities for skilled workers who are keen to move to the country.

Expats will need a confirmed job offer to receive a work permit and this will only be issued for a maximum of three years. It’s important to appreciate that foreign qualifications will need to be evaluated by the country’s Qualifications Authority before an expat can officially begin working there.

There’s also another issue for expats, which is that their employer must prove that they have already searched for a New Zealander who is suitably qualified for the position before they offered the job to someone living overseas.

Expats thinking of moving to New Zealand with their family should appreciate also that the country has one of the best education systems in the world and that generally the population is well-educated, with a high proportion holding a degree.

Also, those expats moving to the country without permanent residency may be liable for paying their child’s school fees even if they are enrolled into a state school. It’s important to check the education website relevant to the area where the expat is hoping to live for more information.

Another bonus of moving to New Zealand is that the country’s healthcare system is of an excellent standard and it has a similar funding arrangement to the UK’s NHS; essentially, it is funded through tax payments and is free to use.

Again, expats need to have a permanent residency permit or a work permit to access the country’s healthcare system for free. If they do not have these requirements then they will need adequate health insurance cover.

Drivers in New Zealand drive on the left. There isn’t much of a railway infrastructure, so owning a car will need to be a consideration.

English is the main language, spoken by 98% of the population, while Maori is the second language. Unusually, the country’s third official language, which was officially announced in 2006, is New Zealand sign language.

For those expats who come from non-English speaking countries, the dialect and accent may take some getting used to. The population has adopted various Maori words into everyday use and some English words have distinctly different meanings here.

Having said that, New Zealanders are renowned for being friendly and outgoing and will be forgiving with anyone who gets confused about local terminology.

Have you lived in New Zealand? Share your thoughts in the comments, or email scar@expatfocus.com to be interviewed about your experience of life there.