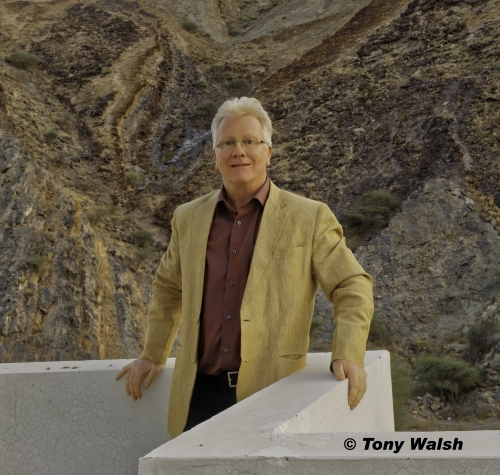 In 1986 I moved to Muscat in Oman which is an extraordinary country on the south-east of the Arabian Peninsula. The reasons for my moving were many and essentially looking for a change. Because Oman wasn’t well known and I was moving as an individual working for a local company it was to a large extent a step in the dark.

The move itself was easy as I was single. I arrived into Muscat in the morning on a British Airways flight in March and was met at the airport by the company driver, who had no English. I had no Arabic and even if I had it would have been of no use as he was from Kerala in the south of India. This encapsulated probably the major challenge I faced, the country was decidedly multi-cultural and coming from an England that, at the time, was still a mono-culture I was faced with the need to make considerable changes to my way of working and interacting with people. The company needed a rapid re-organisation for it to become successful and this coupled with all the new cultural issues meant that my learning curve had to be near vertical.

Oman, like other countries in the Gulf Co-operation Council (GCC) , has a large proportion of expatriates. When I arrived about 20% of the population was expat and when I left, in 2016 it was around 50%. This means that, especially from EurAsia, there will be people working in Oman from each country. In Muscat this is especially so – and you will find expats from say India, who are General Managers in major banks or sweeping the streets; it’s a fantastic mix.

What did you like about life where you lived?

The thing I especially liked was that in work, though it was often a challenge, it usually was possible to find solutions to problems rather than dead ends even though the bureaucracy was considerable. The other thing was that people in general were more engaging that they usually were in England when I left, or was it me that changed!

The major thing was the need for ‘sponsorship’ which means that a national or organisation in the country holds legal sway over your work and residence. This is a common issue in all the GCC states and, in my opinion, is not an effective political or economic situation.

What is the biggest cultural difference you have experienced between Oman and life in England?

Probably the sense of community. This does appear to be a natural Asian attribute and is something that the Oman government has actively worked on.

What do you think of the food and drink in Oman? What are your particular likes or dislikes?

I am frankly an easy person to please for food, although I of course enjoy gourmet dining as most people do. In general the food and drink are excellent, especially in ‘local’ restaurants / snack places. The style veers towards Indian subcontinental, which is hardly surprising considering the proximity of Oman to Pakistan and India. Food is rapidly prepared and is as a result fresh. As an Islamic country alcohol is not widely available and as a result a plethora of fresh fruit juices area available that are amazing, again prepared for you the way you want. The other favourite is tea with the recent explosion of ‘Karak Tea’ which is a spiced tea.

So many things, a book full! Certainly acceptance of cultural differences and how to achieve results despite those differences as well as language barriers.

Firstly moving into a different country for a couple of years or more is a positive thing and in your home country the lessons learnt in the foreign country are likely to be an extraordinary asset for you. Unless you intend to live in a ‘bubble’ it’s good to actively understand the culture and ask about areas that are perplexing. It also goes without saying that learning as many words in a local language as you can will be beneficial to you.

I’m fortunate that I’m not only self employed but am able to work in any location. I enjoy the stimulation of living in a very different culture I look forward to finding another one that I gel with.

You can keep up to date with Tony's adventures on Twitter, and find a copy of his book, Bradt Guide Oman, on Amazon (UK | US).