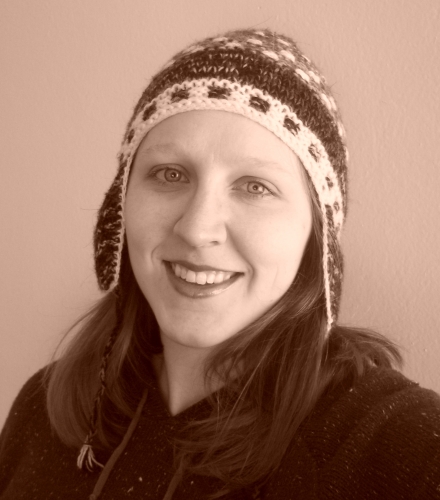 My name is Amy and I am originally from a suburb of Chicago Illinois. I am a mother, wife, teacher, singer and violinist. I like to write when I can as well.Where, when and why did you move abroad?

I moved abroad to Peru in August of 2010 and stayed. I originally thought I would live abroad for a while and move back to the States to pursue a Masters in Bilingual Education. I wanted to hike the Inca Trail and see where teaching English would take me. Little did I know that it would lead me to my husband and subsequently my child.

Honestly, the biggest challenge was figuring out how to put everything I needed into three bags. When I left, I didn’t think I would be abroad for more than a year or so. I only had 6 months lined up with a job so after that it was a toss up. I was open to anything though. My biggest challenge mentally was after I had lived in Cusco for two years and moved to Lima. That was an incredibly difficult move as I was facing a new civil status and the fact that I would be spending my foreseeable future in Peru.

I originally went straight to Cusco and there are plenty of expats there. There is a large community of foreigners and there are plenty of restaurants and businesses run by them as well. Lima also has a vary large expat community and I believe the Facebook group has over 5000 members now. (Not all of them are in Lima however.) Believe it or not I found an expat to stay with in Cusco via the expats in Peru Facebook group because I knew absolutely no one in Peru before I came here. I have found that the expat groups have been really helpful in making me feel more at ease and not as crazy when cultural differences arise.

What do you like about your life where you are?

I like that there are bodegas (corner stores) all over the place. If you forget an ingredient or you need some milk or bread all you have to do is walk around the corner. I like have the ocean nearby and I really like living so close to a variety of coffee shops and pretty parks. I like that my daughter has a wonderful nursery to go to.

I miss the seasons. Lima has two seasons: summer and gray. Winter isn’t so fun but the summer makes up for it and we have the beach. It is fought not having family close by but Skype makes that less difficult too I dislike all the paperwork in Peru. It seems like there are a lot of unnecessary forms and extra actions that one must take when it comes to any type of paperwork. It seems like I am always notarizing something. I also dislike how closed off everything is in the city. For security reasons, almost no one has a front yard that can be seen by the public. Large walls surround most properties. It gives the city a pretty cold feel in the residential neighborhoods.

People are much less friendly right off the bat. It isn’t that Peruvians are not friendly, it is just that many of them are more reserved when they first meet someone. This is more of a Lima thing too. In Cusco, locals were pretty friendly right away. I think it is something that happens naturally in a large city. It is how people protect themselves from the dangers that living with 8.5 million other people brings. The lack of trust shows itself in the form of not being able to find baby-sitters like in the States. Leave your child with a teenager? Don’t even think about it. If there isn’t a nanny or a family member around to watch your kids, you are often out of luck.

If you decide to marry a Peruvian and start a family here, be ready to question your identity. It is something that every expat has to do but when you integrate into the culture by marrying a local, it can often be even more difficult to balance how much local culture you want to adapt to and what you want to keep from your home culture. There are plenty of Facebook groups and email groups that can help though. I have found a lot of wonderful friends who are in the same boat as me and it makes life so much easier. Finding people who can relate to you is crucial to feeling comfortable and at home in your new home. I love being able to help people as well and that is part of the reason why I blog. Remember, you may feel alone at times but I can guarantee there is someone else in your same boat.

I plan on raising my child to the best of my ability by giving her a taste of American culture through songs, holidays, food and the English language while navigating Peruvian culture and remembering that she is Peruvian and her childhood is going to be completely different than mine was. The next 20 years are definitely going to be spent in Peru (possibly in different cities) due to my husband’s job as an officer in the Peruvian Army so I am a lifer as you could say. I want to continue teaching and blogging about my life here and meeting other expats. I am excited for what the future has to hold!

You can keep up to date with Amy's adventures on her blog, Wawas In Peru.