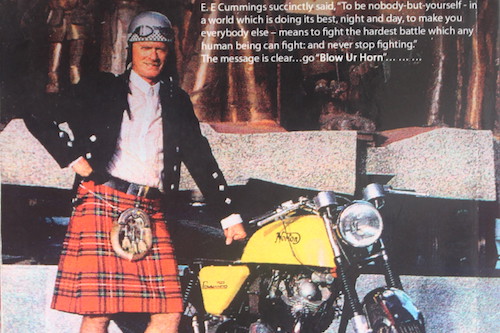 I first moved from the UK in 1987, when I was offered a job in expat financial planning in HK – then governed and controlled by Britain.

The challenge was moving into a thriving vibrant dynamic city based in Asia.Then networking, cold calling and setting up meetings and finally doing up to 30 pieces of business every month in a city where people made decisions honestly and quickly.

My wife was an ex-Vietnamese Chinese refugee (I had spent several years resettling refugees in UK) and she of course could speak Chinese and find a place for us to live with our young son.

The British expat community was large and vibrant in focused areas.

When Hong Kong was given back to China in 1997, I got on my yacht and sailed away to the tropical magic of the Philippines where I have now lived for the past 20 years.

In the Philippines I have made a lot of local contacts because I have sailed around this tropical paradise about 8000 miles and written the cruising and sailing guide to the Philippine Islands titled “Combing the Coral Carpet”. The locals and Dept of Tourism appreciate my promotion of their magic country! My next book has an intro message from an ex-president of the country.

A beautiful tropical country with amazing scenery and full of a people mostly friendly beyond compare.

I am now a writer and author, and have to travel around and write stories in many different places around the Philippines – it is a hard life being an adventurer and freelance writer!

Rice is a major base of the diet – but I avoid it because of its high sugar content – and anyway I don’t eat meat (they trhive on pork), but I love seafood which is abundant here, in a country where for every one part of land there are seven parts of water – a ‘water country’ with 7000+ islands. Alcohol is cheap and abundant and popular! Mango and banana shakes – yummy!

I love the so many sub-cultures in the country and as you travel around everywhere has its very own unique character, which keeps you on your toes all the time. My daughter here was Miss Baguio in 2011 and belongs to a tribe who worship 330 Gods! Cultures galore I do implore!

Dislikes… time is irrelevant – they call it Philippine Time – people always late for meetings – and it takes forever to get anything organised – a kind of ‘mañana’ attitude’. Making decisions about anything can take forever. Also ‘face’ is very important and loss of face is a no-no… for instance if you ask someone directions to a place they will tell you even if they do not know! They cannot face the fact that they do not know = ‘loss of face’! So these ‘cultural differences’ one has to be aware of so you can handle their pace of life and their outlooks on the world.

Chill and take your time to settle in and understand the unique society, and keep an open mind and learn to see things from their points of view before acting on things.

I have written 6 books on the country and aim to write many more, keep up my website, and to focus on environmental issues – I am doing a series of 8 books titled “Horns in Paradise” where kids get their winning environmental essays in my books. We also are setting up a company to take visitors around the country in traditional boats called ‘bancas’. We have previously done up to 8-day trips around many places off the beaten tracks.

You can keep up to date with Bruce's adventures on his author website, and find out about banca safaris here.