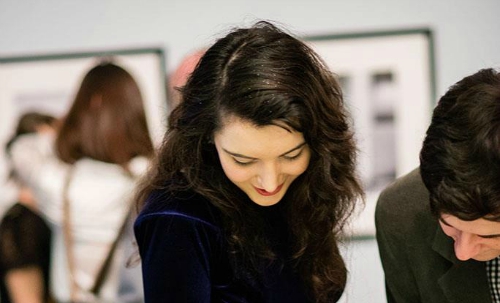 Although I was born in the UK, I was brought up in the United Arab Emirates. My parents are of British and Irish origins and were expats themselves. I grew up amongst worlds. Once I returned to the UK I experienced reverse culture shock.I attended high school in England but I would travel to Germany every summer, first as part of an exchange programme and then by the time I was 15, I started to work there (as a general rule I lied about my age in order to get work until I was 18). I didn’t stay in Germany, even though I had considered it. I went to college (Warrington) and then onto study undergraduate (Oxford) and postgraduate (Liverpool) degrees at university.

I got a TEFL qualification whilst studying, submitted my MA thesis and moved to Taiwan, I graduated in absentia, which is where you receive your award but don’t attend the ceremony. After a year in Asia, I moved to Poland to continue teaching.

When I moved from Taiwan to Poland, I was incredibly ill. I had been treated with Chinese Medicine and strong drugs which affected me very badly. I had been injured on the road in Taiwan (several times) but as nothing was broken, I was just given pain killers and ice/suction cup treatments. I also had a wisdom tooth removed which due to a lack of resting period (back in work the same day) was an incredibly unpleasant experience.

By the time I reached Poland, I had been bleeding internally for a while (several months) and after a trip to Mazury was cut short, I was taken to a hospital in Praga-Północ by taxi (no insurance, no ambulance). The driver thought I was pregnant as I was doubled over in excruciating pain. The hospital had no water; I was taken to the doctor’s staff room and laid on a night shift bed. The IV drip was connected and I was asked to lie down. The doctor used a rubber glove to attach the IV to a hat stand as there was no equipment available. Eventually, I was given several ultrasounds and discovered that my insides were severally inflamed. I was still ill as I started work but I got better towards the end of the second semester. It meant my social life suffered but it was worth it as I think I’m actually healthier than I’ve been in years.

The other day I saw (heard) an American family not far from where I live but generally I feel like there are more expats on the other side of the river. The closer you get to the city centre, the more expats are noticeable. I think there are quite a lot of expats in Warsaw, both professionals and students.

I like a lot of things about Poland including the people, their history and culture, the food, the language and the weather. Everyone I’ve met (except one xenophobic bus driver in Łomianki who shouted abuse at me and made me cry) has been really friendly and accommodating, particularly when my Polish was a little worse than it is now. Although Polish is a difficult language, when you make an effort to learn it, it makes life a lot easier.

I’m a teacher, not a business woman, so Warsaw is quite an expensive place to live. I also dislike some of the expats I have come across online such as those who write derogatory forum or group comments about Polish women (most of which are usually written by older, bitter, lonely foreign men) and when I’ve been out in the city at night, I’ve come across a lot of less than savoury drunken expats (again usually the same kind of men) who give the rest of us a bad name.

I consider home to be the UK only because some of my family live there, I don’t know that I embraced British culture in the same way I embraced Taiwanese culture. The biggest cultural difference between Poland and the UK that I’ve noticed could be that students tend to stay in high school here until they’re 18 and most Polish students go onto do a degree as further and higher education is free here. There seems to be less of a noticeable “uneducated youth culture” in Poland than there is in Britain.

Also, the differences between the British benefit system and the Polish one seems to make a big difference to the country. In Britain there seems to be a nationwide sense of entitlement whereas here the philosophy seems to be that nothing comes for free and that if you work hard (regardless of where you work), you’ll be rewarded.

If you’re the kind of person who needs stability, if you’re a fussy eater, if you’ve never lived abroad before, if you’re not open minded or good with languages and if you know you will get homesick easily or require a high (Westernised) standard of living, I’d approach living in Taiwan with caution (unless you’re living in Taipei).

Poland is of course slightly different and might feel more ‘normal’ in terms of the amenities, particularly if you’re living in Warsaw but the other cities aren’t so different. I would say that if you’re thinking about moving abroad, weigh up the pros and cons first, what will you leave behind and how will that make you feel? There’s a difference between travelling or going on holiday and actually moving to a new country. When you live abroad, you have to work abroad; you immerse yourself in a culture which isn’t your own without the safety net of eventually going back home, wherever home might be. There’s no knowing how long you’ll be in a certain country, where you’ll move next and how long you’ll be there. It’s difficult at times but I think it’s worth it. My parents took my sister and I to the Middle East when we were children, so even if you have a young family, it’s possible. Opening your eyes to the world makes it a smaller, more familiar place, make the world your home and you’ll never be homesick.

I’m not sure where I’ll be in five years but by then I’ll hopefully have my PhD and I won’t be bound to Poland by educational obligations. Perhaps I’ll get married, have children and travel with my family the way my family travelled with me. The future is bright and I feel as though I can go anywhere and do anything, so whatever my plans are, they’re all positive.

You can follow Tiffany's adventures on her blog at TiffanyHoran.com.