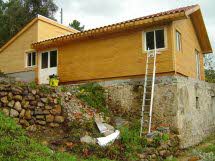 I’m Dave. An aged hippy who managed to pretend to be a successful I.T. consultant for much of my working life before I morphed into Mr Odd Job for three years before moving to Portugal. Nowadays I am much happier playing with lumps of wood than with computers, so no techie questions please.

In July 2008 I moved to Aveiro, just south of Porto from Southampton. It was never my intention to live in Aveiro for any length of time but I had a friend who works at the University and it was a good place to base my search for the right property. The move was prompted by the split from my partner of thirty years. We had got to the point where we wanted too many different things which were not compatible, like my desire to live abroad and her desire to be close to her grandchildren. The split was amicable and we are still great mates. Much better that we are good friends, than aggrieved partners. A long time ago I used to visit Portugal to visit my son who did much of his growing up on the Algarve. If the Algarve was still as it was then I might have been tempted to move there but I wanted something less spoiled and Central Portugal seemed to fit the bill.Can you tell us something about your property?

The property hunt commenced and then was delayed by the financial crisis and then, significantly poorer than my original plans predicted, I started again. Eventually I found a wonderful location, a plot of 2000 plus square meters bordering on a river in the Gois/Lousa area, not far from Coimbra. It had a two room adega* (basement/cellar) covered by a concrete deck and at the back of the deck was a barbeque area which was open on one side but had a roof. I found the plot at the beginning of May and on the 26th of May I became the owner. The plot was more than I could afford and it left me with little money to do anything but erect a shack and even less to live on. It already had water, electric, a septic tank and the adega had a loo and a cold water shower. The location was to die for and I just had to have it. I had been told that the two rooms in the adega were dry but the first heavy rain proved that to be wrong so my original plan of living in the adega while working out what to do went out of the window. Plan B was to re-roof the BBQ area, enclose it with a timber fourth wall and live in that. My patch of paradise was at risk of becoming a nightmare but then I was introduced to Chris.

Chris is an English guy with years of experience in the construction of timber frame buildings and he is trying to introduce this building technique into Portugal. Very quickly it became apparent that using this technique I could just about afford to build something which would do the site justice.

Anyway, back to my build. Work started on site on the 13th of August and by mid September I had a weather-tight building in which to live. It is well insulated, draught and condensation free except for the aluminium doors which were my mistake. We then added a second phase to the build to incorporate the old BBQ area into the main building and such is the flexibility of the type of construction it was no problem.

The only delays we have had have been caused by slow delivery of materials and problems in sourcing the right materials. This is Chris’s first build in Portugal so there was a learning curve but the build time was still a fraction of what it would have been by any other method and vastly less expensive.

It was my choice to clad the building in timber for two reasons. Firstly I thought it looked right for the location and secondly I wanted something that would be recognised as a “temporary” structure. The outside could just as easily have been brick, stone, or render and the appearance would have been that of any conventional house. There is no doubt that you have probably driven past other timber frame houses elsewhere in the world and not even realised.

There is virtually no concrete used in the build which greatly reduces it’s environmental impact, it is well insulated which reduces the heating requirements and it has a thermal barrier in the roof to keep it cooler in the summer which I hope will avoid the need for air conditioning.

There a loads of photos of the build on http://picasaweb.google.co.uk/agedhipy/HouseBuild and I can be contacted at agedhipy@hotmail.co.uk if anyone has any questions.

The house isn’t finished yet but that is no fault of the builders. They have done their bit and the rest is up to me. This has allowed me to keep the costs down.

I am greatly indebted to Chris (The Management), Robin (The Craftsman) and Torre (The Local Carpenter) who between them built my lovely house.

I get the impression that property is starting to move again but I am not directly involved yet. In two or three months time reluctantly I will have to sell my lovely house and find somewhere to do it all over again. Then I will have a better idea. It was always my intention to buy, renovate and sell two or three properties before I settled. It was to be a hobby but the financial crisis has made it a necessity.

What do you like or dislike about your expat life?

I love the country and my area in particular. The expat community is small enough to blend into the background but is there if you need it for anything from company to a helping hand. The locals are charming, polite and friendly. The only problem I have is the language which is a nightmare but oh so slowly I am making progress. Hopefully I have twenty years left so I might be able to have a chat before I die!

*Adega: The tradition in Portugal is for the ground floor to be for agricultural storage with the living accommodation over it. I think that the term really relates to the part where the wine was made but it appears to have a more general usage referring to any ground floor, basement or cellar area.