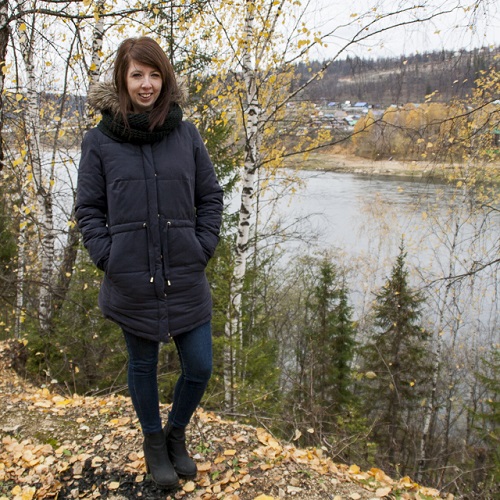 My name is Jasilyn, and I am a 27-year-old American from a suburb outside of Cleveland, Ohio. I attended both the University of Cincinnati and Cleveland State University where I studied history, secondary education, and ESL.Where, when and why did you move abroad?

I moved to Ufa, Russia in August 2015. I moved here for several reasons. The first reason was that I wanted to live abroad, and I was always interested in Russia. I had a friend who moved the year before me, and he was the one who got me in contact with my current employer. Second, I wanted more experience teaching English as a Second Language to, hopefully, make me more marketable when I move back to the USA.

I didn’t really face any challenges. I was stuck in customs for three hours because I was flagged as a foreigner. I made the mistake of coming directly through Ufa than through Moscow. It was only a mistake because they don’t have a lot of foreigners come through so you stick out. Luckily, two women from my work were there and were able to translate and help me out. Also, getting a visa was complicated, but it wasn’t a bad challenge. You need to have a job before arriving in Russia.

Yes, there are a lot of students from Central Asia, Asia, and the Middle East. There aren’t a whole lot of expats from English-speaking countries, especially if you compare the city to major cities, but every day I learn about more.

This is probably cliché, but I just like living in a different city and experiencing a new culture. Ufa is quite different from the rest of Russia because it’s a Muslim republic. I learn as much about Russian culture as I do about Islam.

I dislike being so far from my family. It’s usually not a problem, but during the holidays I find it especially hard. Also, the holidays are hard because Russia doesn’t celebrate the same ones.

The biggest cultural I’ve experienced are gender expectations. It’s a lot more conservative here than in the USA. Women are expected to cook, clean, and raise a family. If you aren’t married by 26 people think something is wrong with you. Also, women are expected to have long hair and look beautiful all the time. I don’t agree with these ways of thinking.

Be open to new experiences and cultural differences. If you are a woman you should realize that relationships between men and women are different, and this can be a good or bad thing. Also, be aware that bureaucracy is different and their way of thinking is different. It was really hard when I first came here because it felt like everything was disorganized, but if you just accept it as the way things are you’ll be a lot less stressed out.

I would love to stay indefinitely, but I have too many university loans to pay back and I don’t make enough money here. I will probably go back to the USA in July of 2017.

You can keep up to date with Jasilyn's adventures on her blog, Coffee And Cleveland.