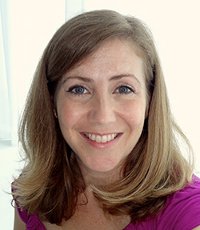 I am a wife of 18 years and mother of three teenage boys, who range in age from 13 to nearly 17. I’m a U.S. citizen, but after marrying my Canadian husband, we lived in Montreal, Quebec for 17 years. My husband has been working in importing for nearly his whole career and the possibility of moving overseas has been something we’ve discussed off and on for years. In early 2010, the opportunity to move to Asia arose, and after a look-see trip and much discussion, we decided to move our family to Singapore. We arrived here in July of 2011.

I’m also a blogger and write a blog called Brave, or just crazy? where I discuss my life as an expat.What challenges did you face when you moved abroad?

We are in the minority among expats in that we are not on a 2-3 year contract. Of course, things can always change, based on how well business goes and the state of economy, but our plan is to be in Singapore at least until our boys all graduate from high school. Because we had known this type of move was always a possibility, when it became a reality, it was relatively easy. We sold most of our furniture, our house and cars before we left. We did use the assistance of a relocation company to aid us during our look-see trip and with the initial paperwork to obtain our employment and dependant passes. Beyond that, there was a wealth of information on the Internet regarding the options for schooling, locations to live, entertainment, etc. I did massive amounts of research before our visit, and any questions I couldn’t find answers to, I asked our relocation specialist.

Before we chose the area we wanted to live in, on our look-see trip, we did go out with a real estate agent to view several areas of town and the different types of accommodations. We viewed a condo, landed property, terraced house, etc to get an idea of our options. We also spoke with the admissions office of the school we decided to apply to, asking them, in general, where the majority of its families, with similarly aged students, were located. When we arrived in July, we had a very good idea of the type of housing we wanted and in which part of town. We looked at something like 17 condos in two days and found exactly what we needed.

We chose to live in an area that is very central. All within half a kilometer walk are an MRT line, several bus stops, three grocery stores, a post office, several banks, multiple shopping centers, restaurants, and a movie theatre, amongst other things. There is a very large expat population in the area, but we felt that would help with the transition from a suburban Montreal life to urban Singapore, and it has. Many of our boys’ friends also live in the area, and they can easily get together with them in their free time.

What do you like most about your life abroad?

I like most things about our day-to-day life in Singapore. As a mother, my first priority is that my boys are making the transition well. It hasn’t been completely without bumps, but we’ve been very fortunate that they really love their new school and they’ve easily adjusted to urban life. Their involvement in sports and clubs, within school, as well as outside, has helped them make friends and find routines that work for them. For myself, I was an active volunteer in their school, as well as several community groups back in Montreal, and I’ve found similar volunteer opportunities here that have helped me make friends and establish a network.

How does shopping differ from back home?

Food shopping in Singapore is relatively easy. Between the wet markets and the grocery stores, most items are actually available here, or you can find a suitable substitute. You might have to pay an exorbitant amount for certain western items, but if you want or need them badly enough, you can usually get them. How I shop for groceries has turned out to be one of the biggest differences. Having boys who eat as you would expect three teenage boys to eat, I was used to making one large grocery order each week, as well as shopping at Costco. However, this is impossible to do in Singapore. Not only is there no equivalent to Costco, I do not have the place in either my freezer or pantry to store large quantities of anything, so each week, I make multiple smaller orders. Also, the shelf life of many products is significantly shorter here than back home. We’ve adjusted our routine, but it took a while to get used to. One small annoyance, since nearly everything is imported, when items are out sold out, it can sometime take months for them to be restocked. You learn to hoard the few items that your family can’t live without.

Strangely enough, the availability of pharmacy items is somewhat hit or miss. If Crest is your toothpaste of choice, you won’t find it here, but Colgate is sold everywhere. Also, you won’t find things like Advil or Excedrin. Instead, various forms of Panadol are available. One of my boys has an ongoing prescription that I could buy at any pharmacy in Canada. In Singapore, however, I can only purchase it at one specific hospital pharmacy. Lastly, a random tidbit for parents of teenagers, in Canada we had to order Proactiv products on-line. Here in Singapore, it’s sold at our local Gardian Pharmacy.

As for clothing, we are able to purchase clothes for the boys without a problem. The prices are higher than back home, but so far, the sizing is not an issue. I personally think woman’s clothing is more difficult. Depending on your body shape and size, you may, or may not be able to shop here. Occasionally, I find pieces that fit but many times the style is completely wrong. Because of that, I still do most of my wardrobe shopping on our trips back home; it’s much less frustrating.

The food in Singapore is amazing and we are lucky that our boys are pretty adventurous eaters with no allergies. They are happy to have an Indian curry one night and dim sum the next. Singapore has an incredible selection of both Asian and western cuisine, and it ranges from the local hawker centers to 5 star restaurants; it’s truly a foodie’s paradise.

How do you feel now about your move abroad?

All in all, we love living in Singapore. It’s a beautiful city with a low crime rate, culturally diverse, and it’s location makes travelling the surrounding region extremely easy.

Stay up to date with Niki's expat adventure at her blog Brave, or just crazy?. She can also be contacted by email on braveorjustcrazy@gmail.com.