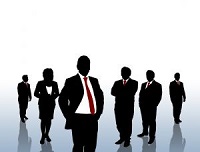 Singapore is the second most popular destination (after Switzerland) for expats, according to a survey conducted by HSBC. This is largely due to the concerted efforts of the Singaporean government to attract expats. The country’s infrastructure is considered to be among the best in the world. The well maintained roads, impressive internet speed, transparent (if rigid) government, and the prevalence of English make it an ideal destination for expats. About a quarter of the people in the country are expats, so Singaporeans are very comfortable with diversity and are welcoming to foreigners. However, although communicating with fellow expats may not be an issue, it is natural that you would face a few communication problems when dealing with the locals.Languages

The Singapore Government recognizes 4 languages: English, Malay, Mandarin, and Tamil. These languages represent the major ethnic groups in the country. Singapore has a rich linguistic heritage, with a total of 20 languages spoken in the country. The majority of the population is bilingual, since the education policy promotes a dual language learning system in schools. The decision of the government to keep English as the main language has had a tremendous impact on the country’s integration in the global economy.

Singapore English is the medium of instruction in schools, and every child learns a secondary language according to his/her father’s ethnic group. In recent years, English has become predominant, and the use of ethnic languages has been decreasing within families, with the younger generations speaking almost only English and older family members speaking their vernacular language.

When it comes to nonverbal communication, it is important to keep in mind that there are various ethnic groups within the country and each group has its own set of protocols. For instance, westerners instinctively shake hands when being introduced to someone. In Singapore, a young Indian would shake hands with you, while an older Indian would typically touch his palms together (as if in prayer) and make a slight bow. Similarly, a young Chinese person would shake your hand (it should not be a firm grip) while an older person would simply make a small bow by bending forward at the waist. The younger person is expected to initiate the greeting, so it is important to know the traditions. Most Malays are Muslim, and so a woman would not be comfortable with any type of physical contact with a male who is not a family member. When greeting a Malay woman, it is up to her to extend her hand first – so all you will need to do is follow her cue and reciprocate her form of greeting.

With regard to verbal communications, expats often find it strange that the locals pause before answering a question – this is not out of reluctance, but it is meant to show that they have considered their response before replying. A Singaporean will rarely refuse a request outright; instead the person would simply say something like “I’ll see what I can do,” as they believe that this is a noncommittal and tactful way of handling the situation.

In a Singaporean workplace, the chain of command is sacrosanct, so under no circumstance should you break it. Punctuality for a business meeting or a work-related social occasion is a must, as tardiness is considered to be a sign of disrespect. When exchanging business cards, offer your card with both hands after being introduced. Business meetings are often held in restaurants over dinner, as Singaporeans believe in establishing a personal relationship before entering into a business transaction. If you need to make an appointment, communicate your request via e-mail at least two weeks in advance. Do not verbally disagree with someone who is senior to you in rank, as this is a sure-fire way to destroy a budding business relationship.

The complications of communication in Singapore are vastly outweighed by all that the country has to offer – a luxurious and opulent lifestyle with easily accessible services and creature comforts. It is also a great place to start a family, since it is extremely clean and safe, with a wide range of educational options. Unfortunately, it is also one of the most expensive cities to live in – it has been rated as the 5th most expensive expat destination. Rising property and labour prices have drastically increased Singapore’s cost of living, so make sure that you factor this into your long-term plan.