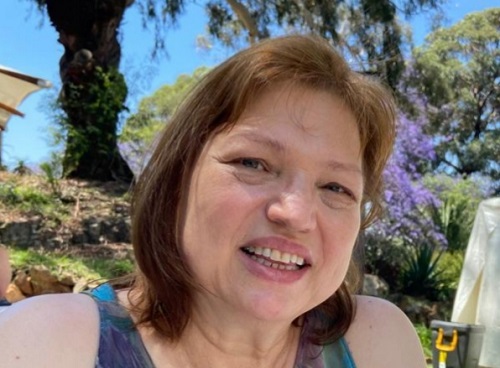 My name is Birgit Böttner, a translator originally from Germany, and on social media I go by my author name, Evadeen Brickwood. I’m 59, have been widowed for four years, and my two daughters in their 20s are married.

In 1991, I moved to South Africa from Botswana, where I’d been working for two years, because I didn’t want to move back to Germany.

I didn’t have much stuff, so a building company, which worked with the engineering firm I worked for, informally took my things to Johannesburg at the time.

I had a work permit at the time and converted it to a residence permit. This was after about six months, when I had decided to stay in South Africa.

As I’m now earning in Rand as a freelance translator, it can be challenging at times. It’s also not easy to work as an international author, as some platforms are not available here, but there are ways to get around this.

I have an account in Germany, and I opened my South African account many years ago. It’s fairly easy to open and use an account here.

Yes, but it’s not easy to get to know them these days. I am active in international social groups.

I’ve been here for a while, so I get along with everyone. At first, it was challenging, because of cultural differences, but I’ve since overcome that.

I like the ease of living and that I could re-invent myself. Nothing is taken as seriously as in Europe, and it’s easy to talk to strangers. We have so much space and wilderness, but also culture in the cities. South Africa is much more international now than it used to be.

That we are often isolated and looked down on by so-called developed countries.

Life is slower here, and the way the country is governed is obviously different. Also, the racial differences and rich and poor are different here.

It’s different now. I deal with expats through my work who have to produce more evidence of financial security and skills than I had to. Just be prepared that applications take a while. It’s best to have job before moving.

It’s difficult to make plans during Covid-19 times, but for now, I’m staying in South Africa.