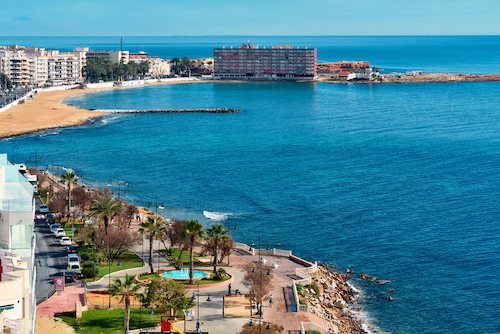 Many people spend a long time before a big move weighing up the pros and cons – fretting about making mistakes or whether they will be happy in their new home. Whether they’ll be able to pick up a new language, whether they’ll make friends, whether the kids will get on ok in a new school. There are so many factors to take into consideration that it can be an overwhelming time. You’ll often hear vastly different stories from people who have done the same thing, some good and some bad, which helps to make your uncertainty even worse.Sometimes, we don’t have anyone in our support network who leads the same life as us. So where do we look for some sort of support and guidance? A rough idea of what to expect? What mistakes would other people warn you against if they had the chance? We’ve compiled this guide to answer those questions, allowing you to learn from the mistakes of people who have moved to Spain before you.

Mistakes Expats Have Made When Moving to Spain

Not understanding local etiquette and customs

Depending on where you’re moving from, the culture shock that comes with moving to a new country may not be too severe in Spain, but it can still happen.

Small insights into the culture can really help when you’re trying to acclimatise. For example, every shop is closed on Sundays, Spanish people eat dinner very late (usually 9 or 10pm) and many restaurants won’t open for dinner service until 7.30pm.

What about siestas? These are popular, especially in the summer, so you might find many places closing for an extended lunch break.

Underestimating the importance of language

One of the biggest mistakes so many people make when moving to Spain is having no concept of the language, even at a basic level. This isn’t to say that you can’t pick up the language once you get there, but arriving with no clue certainly makes things more difficult.

Some Spanish locations have their own regional language, such as Valencian or Catalan, which are different to traditional Spanish. It’s worth putting in the time to research the languages spoken in the region you’re planning on moving to and taking some classes prior to your arrival.

A mistake many people make when they come from somewhere else in the EU is assuming that they are automatically entitled to free healthcare in Spain. Public healthcare in Spain only covers around 70% of medical costs incurred, and most employers require you to have a private health insurance policy.

Not registering yourself as living in Spain or failing to apply for an NIE number will definitely hinder you in the long run.

You will need the NIE for multiple parts of everyday life in Spain, so get one of these as quickly as you can. For example, you will need an NIE to open a bank account, get a phone contract, buy a vehicle or pay your taxes in Spain.

Not changing your number plates or driver’s licence

If you come to Spain in your own car and continue to drive it, you will need to switch to Spanish number plates within 30 days. You will also need to exchange your driver’s licence for a Spanish licence after you have been in Spain for more than 90 days.

Having no concept of wages and cost of living

Surprisingly few people look into the average salary and compare it to the cost of living before they arrive in Spain. In many cases, they end up taking a pay cut compared to their home country and then get a nasty shock when they start searching for a place to rent. In more rural areas, this is not quite so bad, but in major cities like Madrid and Barcelona, the cost of renting is disproportionate to the average income.

Have you lived in Spain? Share your thoughts in the comments below, or answer the questions here to be featured in an interview!