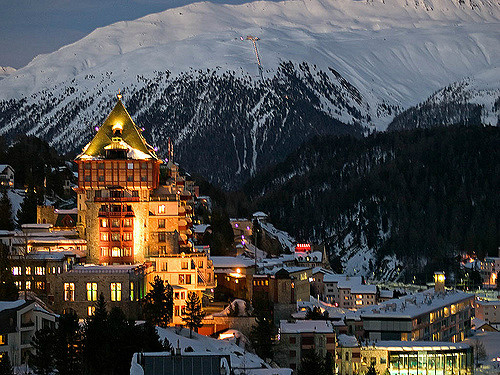 Mention the words “Switzerland” and “winter” in the same sentence, and there’s a high chance that almost anyone you’re talking to will immediately think of skiing on snow-covered Swiss mountains. Outsiders tend to imagine the whole of Switzerland as a snowy wonderland all through the winter, even though a considerable part of the country enjoys a moderate climate, and the southern tip can be described as nearly Mediterranean.Of course, this isn’t to say that the skiing association is entirely unwarranted – due to the combination of its climate and geography, there are many parts of the country that are pretty much unbeatable as skiing locations.

However, if skiing doesn’t really entice you, don’t worry. There’s plenty more that you can do in the snow, and there’s plenty you can do without it too. Switzerland’s snowy mountains are great for a number of winter sports and activities, and there are many more cultural and recreational activities that you can enjoy at this time of year without needing to deal with the mountains and the snow. Here are a few fun suggestions.

For those who don’t know what a toboggan is, it’s a simple, low sled that you sit in, usually to slide downhill in the snow. Traditionally, toboggans were made of wood and were a genuine form of transport, but today they’re made of a variety of materials and are used almost entirely for recreation.

Tobogganing is a lot simpler than skiing, which is why it’s popular with people of all ages. You don’t have to be any particular age to enjoy the thrill of rapidly sliding downhill in the snow, barely a foot off the ground. Even if you’re not up for a thrill, you can still take the gentler slopes, where you can enjoy the spectacular scenery while gliding along at a slower pace.

Switzerland has plenty of great toboggan trails – Eiger Run, which starts at Alpiglen, passes under the famous North Face, and ends at Brandegg, is supposed to be one of the best, and La Tzoumaz in Valais is one of the longest. Many of the trails are illuminated after dark, which lends the experience a magical beauty.

From afar, curling may seem like a dull, old-fashioned game, but if you pay attention, you’ll realize that it actually takes great skill and can be a massive amount of fun. It’s not without reason that the game has turned into an Olympic sport, even if only a handful of countries play and watch it. Curling seems to have its origins in Scotland, where it probably did start out as a casual game of luck. However, over the centuries, the game has been refined, standardized, and codified, and has spread to many other countries, including Switzerland, where it is now quite popular. You’ll find indoor curling halls and outdoor curling rinks all over the country, and during the winter, the natural, outdoor rinks are of course the best. You can take a class if you like, compete with friends or family, or with other amateurs who happen to be around, or simply mess about for an hour or two.

Switzerland’s snowy slopes aren’t only for skiers and other sports enthusiasts. A considerable number of people enjoy hiking in the Swiss mountains, or simply walking around in the snow. The Swiss countryside is famous for its beauty, and if you have access to it, the winter is a great time for exploration, as long as you have proper gear and know what you’re doing.

One walking trail that is highly recommended is at Champex-Lac, in Valais, where the Fondation Barry organizes group walks with their traditional mountain guides – St Bernard dogs. Another great trail is the Climate Trail, organized in conjunction with WWF Switzerland, which introduces you to both the beauty of the Swiss Alps and the effects of climate change on them and on the world. Many of these trails require snowshoes and other gear, and some might not be accessible at the peak of winter, so it’s important to plan your hikes properly. On the other hand, it takes little planning or preparation to simply walk around your city or town and enjoy its beauty.

Most people associate dog sleds with places like Alaska, but Switzerland too offers a great number of dog sledding experiences. The climate and terrain in many parts of the country lend themselves extremely well to the activity, and you’ll find dog sledding opportunities everywhere from the Appenzell mountains to the temperate plains in the east of the country. Some dog sled tours are merely short joyrides, but others actually give you the opportunity to meet the malamutes and huskies, learn how to handle them yourself (including harnessing them, shouting out the commands, and feeding them), and also get a taste of life in the outdoors. Of course dog sledding is another winter activity that requires you to gear up properly. However, there is nothing quite like the experience of riding with a pack of excited sled dogs in the Swiss countryside. Many of these tours also include a satisfying meal at a winter lodge.

Switzerland is without a doubt one of the best places in the world for cycling. The country has over 9,000 km of cycling trails, of which around 4,500 km are mountain bike routes. The trails and the surrounding landscapes are incredibly diverse, and have enough to appeal to every kind of cyclist, whether you’re looking for an easy trail where you can leisurely coast along and enjoy the scenery or a challenging mountain trail where you can test your skill, strength, and stamina. If you’re feeling particularly enthusiastic, you can even buy or rent a “fat bike”, with exceptionally wide tires, meant specifically for riding on snow and ice. For everyone else, there are regular cycles for hire as well, in pretty much every corner of the country. There are also planned cycling tours that you can book, if you are so inclined. However, one of the great pleasures of living in Switzerland is the ability to simply get on your bicycle and pedal away to explore your surroundings whenever you feel like doing so.

Work up a sweat in a spa or thermal bath

Once you’ve had your fill of strenuous and fun activities in the Swiss countryside – or perhaps before you’ve even begun – it’s time to relax a bit, and enjoy a bit of warmth in the middle of the Swiss winter. A steam bath is delightfully rejuvenating at any time of year, but in winter there’s something truly special about it. The best way to do this is at one of Switzerland’s natural springs, such as the Kaltbad mineral spring at Rigi mountain in Central Switzerland.

Rigi also has great walking and hiking trails, so that’s another thing you can do while you’re there. You also ride on the country’s oldest railway service, the Rigi Railways.

However, there are numerous spas and thermal baths around the country, and many of them offer a beautiful winter experience. Most such establishments also offer massage services and other facilities. At many locations, the pools themselves are beautifully designed and are a delight to simply look at; in the case of the outdoor pools, the surrounding landscape makes the experience even more mesmerizing.

Even if you don’t want to ski, most of Switzerland’s ski towns are gorgeous places and are well worth visiting. You can simply soak in their beauty, and if you feel like it, do a bit of tobogganing or hiking. However, if you want to get away from the cold, you should probably head to the south of the country, where the weather is usually much milder. The south is a lot warmer than most people realize, to the extent that the climate there is sometimes described as Mediterranean.

You can visit several beautiful locations in Ticino, a canton on the southern side of the Alps, which is sometimes described as the “sun porch” of the country due to the amount of sun it gets. You can usually find comfortable weather anywhere in Ticino while still enjoying the sight of the Alps somewhere in the background. Another curious fact about Ticino is that Italy is the official language here, and the entire region is a charming mix of Italian and Swiss. Bellinzona, Locarno, Lugano, Biasca, and Mendrisio are some of the larger cities and towns in Ticino, where you’ll find several castles, cathedrals, churches, and other important heritage sites, as well as a great deal of natural beauty.

If you’re not too excited by the idea of simply visiting a city and wandering around, perhaps you’d be interested in exploring a city on a crime trail. The town of Burgdorf has a long, rich history and many surviving streets and structures from across the centuries, but is otherwise not particularly buzzing – except for its apparent fondness for detectives and detective stories.

The town is the host of the Burgdorf Crime Days festival, which takes place in November, and where you’ll find readings, film screenings, and theatre performances of the best detective stories from around the world. What’s probably even more exciting however is the “crime studio” and detective trail that is run by the local tourist office. Instead of tramping through yet another old town listening to yet another tour guide, you can wander the streets trying to solve a crime with the help of a real senior detective. You’ll have clues to follow, you’ll be trained in the tricks of the trade, you’ll investigate suspects, and you’ll also see and learn a fair bit about Burgdorf, all of which will lead up to the grand denouement, in which the perpetrator of the crime will be revealed.

Across Europe, summer is generally the time for music festivals. In recent years however, Switzerland in particular has seen the rise of a number of winter festivals, many of which have music as an important element, if not the main focus. These usually happen towards the end of winter, in the months of February and March.

One of the most important winter music festivals in Switzerland is Davos’ Snow Jam, which takes place in the middle of March. Many of the festivals take place at ski resorts – after all, that’s where a lot of the action is in Switzerland in the winter. However, like we said earlier, ski towns are enjoyable enough even if you don’t ski. Throw in some great music, and that’s more than enough reason for a non-skier to visit.

Go to a Christmas market

It’s now too late to visit a Christmas market of course, but Switzerland’s Christmas markets are one of its most charming and beautiful winter traditions, and are one reason we’re already looking forward to the end of the year. Practically every city and town has its own Christmas market (often several, at different locations), and they’re all worth at least a few hours of your time.

You’ll find some of the best markets in Basel, Bern, Zurich, Montreax, and Morge. The Rue du Mont-Blanc market in Geneva is also lovely and unique, with some international touches that are only to be expected here. However, wherever you are in the country, you’ll certainly find a great Christmas market somewhere nearby. The food and drink, the seasonal trinkets and goodies, the beautiful lights and surroundings, and the very atmosphere of a Christmas market are some of the best things about Switzerland in the winter.

Have you been to Switzerland in the winter? What activities would you recommend?