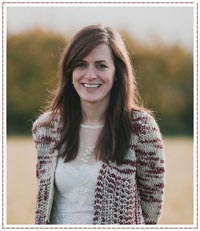 I’m Brittney Strange and I blog over at Life of an Expat Parent. I write mostly about parenting and relationships with a dash of expat living. I’m an Ohio girl and an unlikely expat living in England. I’m married to a Briton and have two little dual citizens, The Duchess (2 years old) and The Duke (4 months old). I’ve worked in youth homelessness prevention and education for nearly four years and am currently on maternity leave.

I started my blog in 2011 a few months after my daughter was born. I thought I had acclimatized to British culture really well until I was introduced to parenting children in a culture that wasn’t my own.It’s getting easier, but there are always new areas where I’m completely oblivious. Hopefully, expat or not, most parents are oblivious so I like to think I’m in good company.

I moved to Liverpool right after graduating from university in Ohio in 2004. I was accepted into an internship programme for two years with a charity. I had never travelled out of America before and had no plans to move abroad prior to this opportunity. I was completely unprepared. I read no books on moving abroad. I made no plans to stay. I packed some clothes and photos in two suitcases and arrived. I was young and adventurous…or insane. You can be the judge.

Most of my colleagues were American during my time in Liverpool. I assimilated to a degree, but it was more comfortable and easier just to stay in an American bubble. It wasn’t until I moved to a small village in Southwest England afterwards that I hit some serious speed-bumps. I had no American presence in my life, no furniture, no driver’s licence, no buzzing city centre, and no friends. That’s when culture shock and loneliness really hit. For the first time ever, I cried A LOT and watched too many episodes of Friends in my very empty lounge.

I was fortunate. Both when I moved to Liverpool and down to Somerset, my employers sourced accommodation for me. However, while my husband and I lived in the second property the Housing Crisis and Recession hit. I long to dig deep roots through home ownership now that we have two children, but it’s currently pretty difficult for first-time buyers to get on the property ladder here. It is still a little way off for us.

No. I have had people stop and stare at me in local pubs because of my accent. It’s pretty provincial and homogeneous in this part of England.

I guess I think of myself as a local now so I hope that means things are going well.

I think what made the biggest difference was meeting our best friends about 18 months after I moved to Somerset. I think meeting them was the first time I was able to really feel at ease and like I could be a part of British culture and still be myself. I have since met some of the nicest, warmest, most generous people I have ever come across.

It took me time to adjust to life here, but now that I have I love it. The local walks and countryside are stunning. Living in Ohio when I was growing up meant that I saw the beach a handful of times up until I was 22 years old; now I can get there in 30 minutes. I like that it’s a slower pace of life in this part of the country, too.

I could do without the mono-cloud (defintion: the infuriating and unbreakable cloud that sits over the country for most of the winter and blocks out the sun).

But the real difficulty is that I dealt with being away from my friends and family really well when it was just me, but now that I have children I feel like I’m robbing grandparents, aunts, uncles and cousins of something really special. That’s hard.

Because we have a (mostly) common language, I think sometimes the most shocking differences can be the subtle ones. But I think there is a big difference here in how aspiration and ambitions are approached. In America, there is this foundational belief that you can be anything and I think it’s an accepted practice to highlight and speak publicly about personal achievements. In England, I think it’s about realism and knowing what you can do well rather than believing you can do something that is improbable.

Talking about what you’ve achieved and how you’ve done it openly is often frowned upon, too. They are more comfortable when someone’s poking fun at them than when they pay them a compliment. And you know you’re in a Brit’s good books when they totally rip it out of you. All in good fun, of course. I find something wonderful about how good-humoured and self-deprecating Brits are.

You can go to a local farmer’s market, bakery, butcher’s, fishmonger’s, etc, but most go to their local supermarket. More and more American foods are making the leap over to British supermarkets, but again, It seems there is a bigger appreciation for cooking (although I haven’t lived in America for almost a decade so this may have changed). Most of the meals we make are homemade, which wasn’t the case when I was living in the States. Because it’s a much smaller country, you can also have your supermarket deliver all of your shopping directly to your door, which is a bonus when you’ve got two little ones and can’t face the crowds or that misaligned shopping trolley.

Perhaps there is some truth there historically, but I think they tend to eat better, fresher produce than Americans and I have personally eaten some of the best food I’ve ever tasted in this little farming county. Love: A good ale, cider or cheddar, Hate: Marmite.

Explore your surroundings. Be intentional about visiting new places. My first feelings of acclimation have always arisen when I feel like I know how to get somewhere.

Be a learner. Don’t ever assume that different means “bad.”

Give yourself time to recognize that you might not like the difference, it might surprise you or catch you off guard, but be open to exploring where the difference comes from and what might be good about it.

Do your best to find interest groups, hobbies, churches, or clubs where you can meet and introduce yourself to people early. Loneliness and isolation are tough and can lead to even tougher places down the line if you keep living in them.

Give it time. Feeling at ease in a new place doesn’t often happen immediately. It is a process.

To be happy wherever I am.