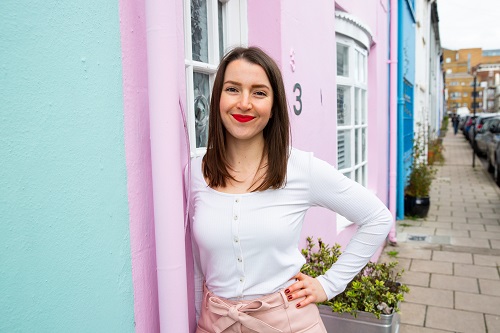 My name is Cinthya. I am a 26-year-old French woman and Happiness Coach, who currently lives in Brighton in the UK.

I faced many challenges in different countries. When I arrived in Germany, I didn’t speak much of the language, whereas in Cambodia, I had to adapt to a completely new culture, climate and lifestyle. In England, I faced the challenges of creating strong friendships and settling in.

I either lived with locals or searched for a place on the internet.

There has been a significant community of expats in each country I have lived in.

In Germany, I made it a priority to mix with the locals, as I really wanted to learn the language. I became friends with a number of German students.

In Australia, I was living and working with an Australian family, and I also made friends with a few locals.

In Cambodia, I was working alongside locals and became friends with many of them.

What I like about Brighton is its diversity and culture, as well as its location by the sea. I find that it is a great base, as it is not too far from London and its major airports. The city itself isn’t too big, which to me is positive, but it is still extremely vibrant and active.

I think the main things would be the fact that I do not see my family as much as I would like to and also that, even after many years, I still find it difficult to create a real friendship group.

The main differences between France and England, I would say, are that England has a more relaxed work environment, employers don’t really care for diplomas like they do in France, and it is much easier and quicker to get promoted. In terms of day-to-day life, I find the English to be more polite and respectful in general. There are also, of course, differences in eating habits.

I would say to really get involved in the new country – get to know locals, learn the language, take part in local events, and make the most of it. There is so much to be learned about a foreign country, and you can also learn about yourself in the process.

I have started my online coaching business this year and am hoping to soon be able to start travelling again, while keeping Brighton as a base.