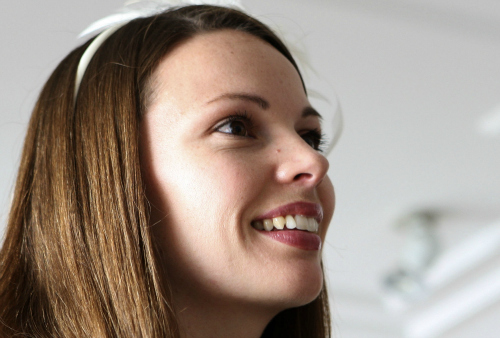 I am a London-based travel blogger and speaker. I’m originally from San Francisco, and moved to London after leaving a career in finance. I started writing my blog, A Lady in London, when I moved to the UK. Originally it was a way to keep in touch with people back home and have a creative outlet to write about my travels, but over time it attracted a following and I started writing for a wider audience.I began working on the blog full-time in January 2010, and have been growing the business ever since.

I left the US for London in 2007. I had spent time studying in Nice and Prague and working at the US Embassy in Paris and the US Mission to the EU in Brussels while I was in college and wanted to get back to Europe. I was working in finance at the time, and wanted to make a career change, so I left my job, got a visa, and moved to London. At the time, it was relatively easy for Americans to get visas to live and work here, and I wanted to come to London because it is a huge city and there is always somewhere new to explore here. World-class art, music, and culture come through London, and the city has great diversity and rich history.

The most challenging transition was moving to London right when the pound peaked against the dollar. My savings were all in dollars, and converting initial living expenses at more than $2 to the pound was painful. Once I started earning in pounds and stopped converting prices in London to dollars, things got much easier.

London is a huge city, and there’s always somewhere new to explore here. World-class art, music, and culture come through London, and the city has great diversity and rich history. As a travel writer, I also appreciate that it is easy to get almost anywhere in the world from here.

I miss my family and friends back home, and it’s a long way to travel back to San Francisco from London. The California coast is a beautiful place, and I took that for granted growing up. Now I appreciate it all the more when I visit!

Despite the fact that Americans and Brits both speak English, we have two very different versions of the language. Over the years, I have found myself in all kinds of funny situations when I use a word that means something vastly different in British English than American English. I once spent ages in a grocery store asking people if they knew where I could find toothpicks. Finally someone told me that they are called cocktail sticks in the UK. It didn’t take long to find them after that!

The immigration rules have changed dramatically since I moved to the UK, and the country has cracked down on immigration to the point that the visa I came in on no longer exists. It is much more difficult for Americans to move here than it used to be, but there are still opportunities, particularly if you are sponsored by an employer.

I want to continue to grow A Lady in London as a blog and brand, and keep traveling in London and throughout the world to bring great content to my audience.

You can keep up to date with Julie's adventures on her blog, A Lady In London.