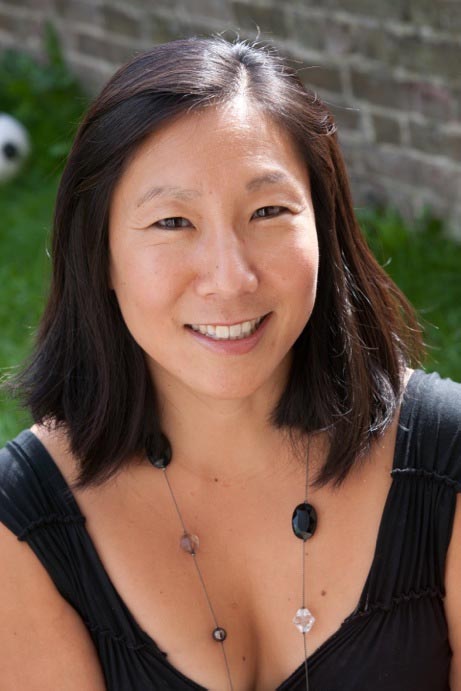 I moved abroad in 1994 to work as an English teacher in Prague, Czech republic. Then I moved to Tokyo for two and a half years, and then to England to be with my British boyfriend who is now my husband.What challenges did you face during the move?

The move to England was the hardest even though I thought it would be the easiest (same language, similar culture I thought, similar food I thought). It took a long time to settle in and get used to how different everything was. I was very lonely for a long time. We were in my husband’s country after we’d both lived abroad for a long time. He was home, I was not.

How did you find somewhere to live? (e.g. how did you locate a suitable property? what was the buying/renting process like?)

We initially moved to Nottingham because I was on a Masters course so we rented a small house. It was pretty easy to do, we just looked in local newspapers and called around. At the time we had very little money so we opted for a cheap and cheerful. Small house right on a busy street. It worked out well though for what we needed at that time. We’ve since moved down south to the South East coast, just near Brighton. It’s wonderful here with the beach and the Downs and being so close to London.

There are a few, mostly Polish and Japanese. Not many Americans at all and there is no American community any where near here.

I feel like a local now! And, because I run a business, it’s very easy to feel integrated. In fact, one of my son’s friend’s mum’s mother thought I was British and started telling us about how her other grandchildren live in America and she started teaching us the American accent. Very funny. However, in the first four or five years, it was very difficult for me. The adjustment took a long time and in England it takes a long time to make friends with people and to feel accepted.

Things are very different in a very subtle way so people just assume that America is similar to England when it’s really not at all.

I like our house and the schools and our location. We’re right by the train station so it’s easy to do day trips to London and other places.

I don’t like being so far away from my parents. I also still struggle with loneliness. I’ve made friends here but I don’t have a core group of friends or one single friend who is a best friend. My friends all have their own friends and of course they have their families here. I am a friend of theirs, but that’s
it. For me, their friendship to me is a life line. For them, I’m just one of their friends but not a best friend. It’s hard to explain, but when you’re an outsider it can be very difficult.

The way people communicate and get to know each other. Americans are very open and friendly and easy to talk to.

Very similar apart from the customer service. No tipping here and customer service varies massively. Mostly it’s pretty bad. At first I was shocked, now I’m used to it and am surprised when I come across good customer service. It does take a while to get used to different products and what you can get in the grocery store. When I first moved here you couldn’t get very many American food products. Now, you can get them online from Ocado and a few American online stores. It’s expensive, but very worth it.

British food is pretty dull. My kids like it though! Pies, chips, fish and chips – they love all that. And they love pub lunches and ‘Sunday roasts’. I’m not a huge fan of British food so I mostly cook Italian, Mexican and American meals at home.

Where we live, there are a lot of Indian, Chinese and East Asian restaurants which are very good. I think the British know they don’t do food that well so they adopt a lot of other types of food and adapt it to be their own. There are an awful lot of cooking shows and famous chefs here. There’s probably more I dislike than like. But that has never been a problem for me.

Research the area before you move here. Accents vary across the country and the weather is generally better down south. However, people are more friendly up north. Make sure you live somewhere that is not secluded so you can get out and meet people. Also, make sure you do try and meet people because it won’t just happen in passing around town. People are not like that here.

Join a pub quiz night or the PTA or a book club or something. You have to make a real effort to meet people so that you can have friends here.

For now, I’ll be here for a while. My eldest is in high school and I don’t want to move them around right now. Perhaps when they are much older, we’ll consider moving somewhere else, maybe even to the States! I would love that.