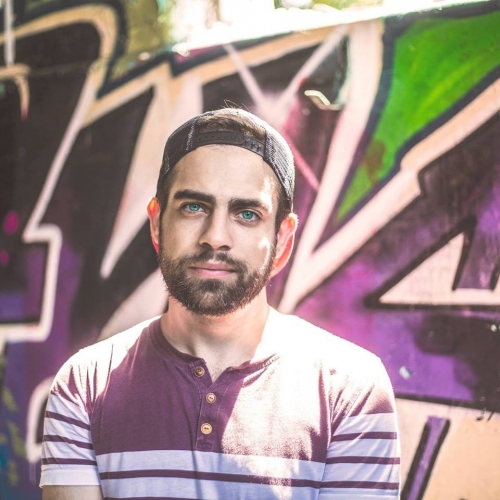 Before moving to England the first time, I was a recent university graduate, working as a Data Analyst for a one of the largest grocery retailers in Canada. As a Commerce graduate which specialized in Marketing, as you can imagine I was not very fond of my position as a Data Analyst, a number driven and dry field of work, at least for me. I was very unhappy about my work situation. I was and still am very passionate about photography and dreamt about having the opportunity to travel and take photographs.Where, when and why did you move abroad?

I left Canada in October of 2014, just a little over a year ago. My girlfriend at the time had landed a teaching job in Colchester, and we decided to move there together. I was fortunate enough to have a European passport which allowed me an easy entry to the country, but I assume obtaining a visa as a Canadian citizen wouldn’t have been all that hard either.

One of my biggest challenges right off the start was how in the world I am going to bring all my belongings over. I had many things that I could not live without, and would just simply be too expensive to re-purchase in England, as my dollar did not go as far. As silly as this sounds, I could not live without my custom built computer, which I had spent well over $3,000 CAD on, just to spend another probable $4,000-5,000 building the exact same computer in England. Needless to say I had a lot to ship over and I had a huge challenge in finding the most appropriate way to do it. I ended up hiring an international moving company called Matco Moving Solutions. It ended up being a lot cheaper than using something like UPS or Canada Post.

I’m not sure if I would have called them expats or not, but there were a lot of international students studying at the University of Essex, in the Colchester campus. I had met several students, some of which lived in the same building as me. In general I would say the town was mostly locals. Coming from a very multicultural country like Canada, it was nowhere near as diverse there.

Living in Colchester, and England reminded me a lot about my early childhood, which I also spent living in Europe with my family, before the eventual move to Canada. I love being at an international hub, that gave me such easy access to travel around Europe. I visited my friend in Poland who is studying Medicine there, I visited Austria, Greece and many more countries.

I think at first I felt really lonely. Despite living with my girlfriend I missed my friends, and all of the things I used to be able to do back home. I was also easily annoyed by minor things such as not being able to sign up for a gym membership with a credit card, which is a common thing back home, or not having an option when you dial in to the phone or internet companies to speak with an actual human being. They had the most convoluted automated menus that I have ever experienced.

I think there were two things that struck me the most while I was there. The first being the drinking culture, and the other being ill-mannered youth. Many nights I would be woken at 3 or 4am in the morning by drunk people roaming the streets after getting out of the bar… on a Tuesday night. Who drinks till 4am on a Tuesday night?! The other surprising thing were the kids in the town. Hearing stories from my girlfriend, whom was a teacher, and seeing it with my own two eyes on the streets, I have never seen so many miss-behaved kids in Canada. It was really unsettling to me knowing kids could act like that.

If I learned anything from my move, is being a lot more prepared. I moved to England blindly without any sort of preparation, or having a job secured. England is an expensive country to live in, no matter where you come from. Get a job there before you commit to moving fully.

I have since come back to Canada recently, after a long adventure in England, and I am unsure where my future will take me. I know my passion for photography burns strong. I am becoming more and more acquainted in the world of blogging, and I casually blog some of my photography adventures on legion X studios, and one day hope to make photography into a means for living.