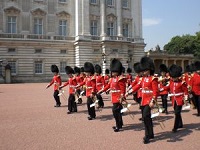 London is considered to be among the world’s most desirable cities for overseas workers. In a 2014 survey, London topped the list of popular cities beating other major international cities like New York, Paris, Sydney, Berlin and Rome. London is also a beautiful destination with fascinating architecture, a thriving music scene and great art and culture opportunities. Here are some of the reasons why moving to London may make you happier.

Expats who move to London with the intention of securing employment will be glad to know that the city has a thriving business culture. Professionals with varied backgrounds and skills will be able to find excellent job options with the prospect of further growth.While other cities in the United Kingdom may be witnessing a decline in vacancies, London’s job market is booming. The city has always been the economic hub of the UK and is essential to the country’s growth. London also ranks high among other financial centers of the world for global business and commerce. London also attracts a great deal of international business and most multinational companies have their branches in the city.

While in most major cities of the world having a car of your own is a necessity; this is not the case in London. Most residents don’t own vehicles and rely almost entirely on the city’s public transportation system, as well as taxis. London is an easy city to get around and many times you will find that walking from one place to another is easier than taking the tube. If you choose to use public transport, there are various options and all of them are quicker and more affordable that driving a car or taking a taxi. Public transport includes the famous London Tube or Underground, Docklands Light Railway, Overground trains, buses and trams. There are also public riverboats that operate along the Thames.

Most people who visit the city of London say they do so because of the culture and heritage. Residents get to enjoy this side of London every day. The city is renowned for its cultural institutions and the initiatives taken to nurture new talent. There are plenty of museums and galleries across London, drawing a steady stream of visitors, local and international. Theater buffs will love London’s West End theatres. The live music venues have also become famous and the events held at them attract global audiences.

There are nearly 300 languages spoken in London. People of different financial backgrounds, ethnicities, religious faiths and races live together and this contributes to an atmosphere of cooperation and tolerance. The best place to see this ethnic diversity is in the city’s markets. There are nearly 350 markets and some of the most interesting and vibrant ones are located in immigrant neighborhoods. Browsing these markets especially on the weekends is a popular pastime for Londoners.

When it comes to food, from gourmet dining to interesting street food, London has it all. The city has always been marked by multiculturalism and this extends to the food culture too, making for some interesting choices. Throughout the city there are markets and shops catering to the immigrant populations and out of their home and restaurant kitchens come some incredible gastronomical delights. Afternoon tea is a classic and beloved British tradition and when in London, you will get a chance to enjoy it firsthand. Most hotels offer afternoon tea where you get to choose a variety of tea and feast on a three-tiered stand of goodies like finger sandwiches, scones and scrumptious little cakes. Another favorite London tradition is Sunday lunch. The city has plenty of places with wholesome Sunday menus that include traditional roasts to fusion dishes.

London is a bustling city, but one with a difference. Here you will stumble upon an open space or a park at regular intervals. These are perfect for getting some exercise, having a picnic or just spending a lazy afternoon. London can easily be called one of the greenest cities in the world on account of its pristine Royal parks and miles of gardens that house more than 6 million trees.