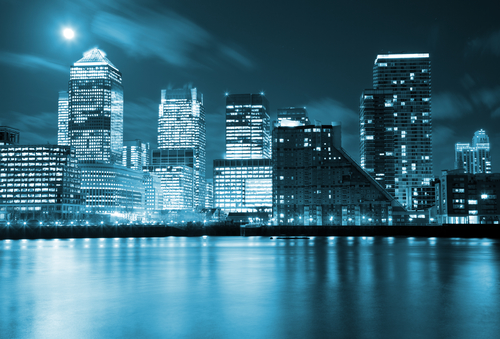 In another article, we looked at how the UK’s exit from the EU was likely to affect the country as a whole.

Numerous studies, including the government’s own, showed that rural and industrial parts of the UK were the areas most likely to suffer. The midlands and northern England could face a 20 percent slowdown in growth, whilst nearly 20 percent of all British industry is set to suffer from Brexit.As yet, no Brexit deal has been confirmed. This means that a great swathe of unanswered questions lingers over the UK. Businesses don’t know if they will be able to sell their products over the channel, or even if they will have access to the materials needed to buy those products.

We do know that ‘business as usual’ will cease to exist once the 29 March deadline rolls around. Whatever the deal-or-no-deal agreement is by that point, the UK will be operating in a new world with a new set of rules.

From economic slowdowns to price rises, various studies have all declared that the worst of the economic woes will strike outside London. The Institute for Public Policy Research (IPPR) found that spending patterns outside London and lower average incomes outside the capital will amplify the effects of price rises. Marley Morris, Senior Research Fellow at IPPR told the Guardian, “our findings suggest that post-Brexit price rises will squeeze incomes more in parts of the UK outside London.”

The IPPR found that Wales and the north-east will lose out. These are areas which produce lamb, aviation parts and cars, all currently traded over the channel. Some of the poorest parts of the country with the least economic diversity will face the biggest challenges in the post-Brexit economy.

With the deadline for deals rapidly approaching, it becomes increasingly likely that tariffs will come in to force, driving up the cost of basic goods, energy and transport. The IPPR estimates that every household in the UK could face up to £1,000 per year in additional household spending.

A report published by local councils described these extra costs, skills gaps and poor connectivity as a ‘perfect storm’ of woe for rural communities. Mark Hawthorne, chairman of the Local Government Association’s people and places board told the Guardian, “If Britain is to make the most of a successful future outside of the European Union, it’s essential that our future success is not confined to our cities.”

While this doesn’t mean that London escapes without a scratch, the capital has been fairly well protected. As the city generates such a vast proportion of the country’s GDP, successive governments have looked after the interests of the financial sector. And despite warning that big banks would leave Britain for bases on the continent, they are nearly all still here.

Many of the big companies in the capital have played a ‘wait and see’ game, holding off on new hires and big projects. The financial sector hasn’t given up on London… Yet.

Brussels-based think tank Bruegel estimates that London could lose up to 20,000 jobs if Britain loses the ability to trade with the EU. With a USD$19 trillion economy, the EU is a much more profitable place to do business than an isolated London. The five biggest US investment banks who currently keep 90 percent of their EU-based staff in London have all said they would move staff out of the UK in order to trade with Europe.

Expats in London can fit into various roles. The high-skilled, high paid city fliers who may soon find their jobs returning to the continent are one example. The NHS also employs a vast number of nurses, doctors and other medical personnel from the EU. Almost 13 percent of all NHS staff are born outside the UK, with 63,000 being EU nationals.

There has already been a decrease in the number of EU applicants for NHS jobs, with nearly one role in 11 remaining unfilled. This number is even worse in London, where low pay struggles to match the cost of living in the capital. Much of the Brexit furore surrounds the government’s pledge to bring down immigration, but such is the crisis in NHS recruitment that the Prime Minister has issued promises to provide long term visas for medical staff.

However, ‘low-skilled immigrants’ are likely to be limited to one-year visas. This is in response to concerns from the business community that there will be a shortage of workers in agriculture, hospitality and retail. It remains to be seen whether a one-year stay is enough to entice anyone from the EU to come over.

One of the lesser discussed side effects of the migration concern is that many of the UK’s ‘immigrants’ are in fact students studying at the UK’s universities. If the government remains committed to decreasing migration to under 100,000 a year, a level not seen since 1997, student visas could be the next big target for cuts.

Ultimately, expats in London may find they are in a more stable position that their friends in other parts of the UK. This is thanks to the capital’s mix of profitable businesses and their lack of reliance on parts and supplies from overseas. A Centre for Cities study showed that 37 UK cities sent more than 50 percent of their exports to the EU, whilst London only sent 43 percent.

As the UK retreats into isolation, it is ironic that it’s capital’s place as an international city that protects it from the greatest economic harm.