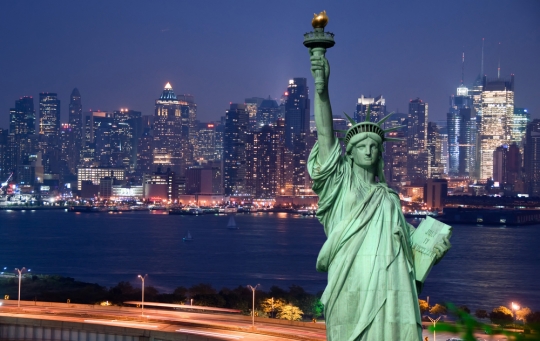 For skilled expats hoping to live and work in the United States, the H-1B visa has been an attractive option. However, since early 2017, the Trump administration has proposed a range of changes to the program that threaten to impact current H-1B visa holders and restrict options for future visa applicants.So if you’re an expat on an H-1B visa, or are hoping to gain work through the H-1B visa program in the future, what do the proposed changes mean for you?

The idea of the H-1B is that when there is a shortage of qualified American workers who have ‘specialty occupations’, companies can hire foreign nationals. Brought in by the U.S. Citizenship and Immigration Services (USCIS) in 1990, the H-1B visa is intended for workers with specialised skills or knowledge and a minimum of a bachelor’s degree. A huge number of businesses in the United States, particularly those in the IT industry, sponsor foreign nationals on this visa. Indeed, the visa is so popular that in 2018, the government reached its annual cap of 85,000 in just five days. Reaching this cap means a lottery system is activated and applicants are selected at random.

However, the program has been criticised for allegedly enabling discrimination against American workers, while many employers have been accused of exploiting international workers who are willing to accept lower salaries than their American counterparts.

The Trump administration has attempted to address these issues through the ‘buy American and hire American’ executive order. This order aims to combat fraud and abuse of the visa program and ensure that “H-1B visas are awarded to the most-skilled or highest-paid beneficiaries”, by creating higher employment rates and wages for U.S. workers. In doing so, the government has made it much more difficult for companies to hire migrant workers through the visa program.

What Are The Changes?

While some rules have already changed, there are also a large number of proposed amendments to the H-1B visa policy that threaten to make the application process stricter, more expensive and much slower.

As mentioned above, some changes to H-1B visa policy have already been made.

– The annual salary that businesses must pay their employee on an H-1B visa has increased by 50% to $90,000;
– The definition of a ‘specialty occupation’ has been refined, giving employers fewer options for hiring international workers;
– Applicant interviews have become more stringent, requesting previous phone numbers, social media accounts and so on;
– Employers no longer have the option to pay to fast-track applications.

There are also a range of proposed changes that have not yet come into effect.

– Special work permits may no longer be issued to spouses of H-1B visa holders;
– Businesses can be subjected to surprise visits by the government’s fraud teams;
– The lottery system may be altered or eliminated entirely in favour of targeted selection.

How Will These Changes Affect You?

Fewer Job Opportunities
The increases in processing time and costs mean many employers are hiring fewer migrant workers. Employers are now required to submit contracts or statements of work, details of wages paid to applicants, proof of specialised skills or knowledge, and employee itineraries, making the process significantly more time consuming. The visa fees have also doubled. It is therefore understandable that smaller business with limited resources may feel that hiring employees on an H-1B visa is not a viable option.

Shorter Visas
The H-1B visa is currently valid for three years, with a (fairly high) probability that it would be renewed for another three years. Visas will no longer be granted for a standard period of three years, but rather the specified period of the work contract.

Harder Renewals
There has been the suggestion that visa renewals will become more complicated and will require employees to provide significantly more documentation, potentially making it harder to renew your work contract if you’re on an H-1B. This will also make it more difficult to move between projects while on the visa. The changes also have some current visa holders worried that leaving their job for a better opportunity could jeopardise their visa status.

Restrictions For Spouses On H-4 Visas
In 2015, eligibility to work was extended to those on an H-4 visa; that is, the immediate family members of H-1B visa holders. The Trump administration is now in the process of determining whether to restrict, or even eliminate, the authorisation to work on an H-4 visa.

While the changes have a lot of people reconsidering their future options, there’s no need to panic. If you’re currently on an H-1B visa, rest assured, you won’t be forced to leave the country. USCIS declared in a statement that they are “not considering a regulatory change that would force H-1B visa holders to leave the United States”. There is also a clause in the visa policy that may allow your employer to request a one-year extension.

There are a lot of rumours flying around when it comes to changes to the H-1B visa. While some revisions have already been implemented, many are still being debated or are purely speculative. If you want to know what changes are actually taking place, you can stay on top of official updates via the USCIS news page.