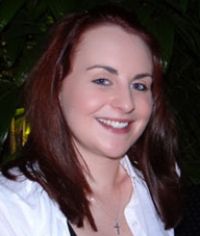 I’m a British Expat, living and working in HCMC, Vietnam. I graduated with a degree in English Literature from Lancaster University in 2010 and have spent the last few years trying to figure out what I want to do with my life! I currently work at a small school in District 3 called CEFALT where I teach English to both children and adults. I also do some private English classes 3 times a week at a local business, HDC Security.

I moved to Vietnam in December 2011. After a year of office work, I decided that I wanted to see the world before I got settled into a full time career in the UK.I’m not the type of person who can backpack though; I don’t have the patience or the resilience for hostel life. So I decided that the best course of action would be to find a base to work in and then travel during any time off. I’d had a few family members who had visited Vietnam and spoke so highly of the country, and after plenty of research I settled upon the decision to set up home in Ho Chi Minh City (previously, Saigon).

Luck probably! The company through which I did my teacher training course (LanguageCorpsAsia – can’t recommend them enough) had connections with a realtor who had plenty of advice when it came to finding a place to live. After he established the type of property I was looking for, and my budget, he showed me around some suitable rentals. I eventually settled upon an apartment in District 2.

While the apartment was gorgeous, the location was a little too isolated for me and the daily commute of 30mins became a bit too much. So once my year contract was up, I used the same realtor again and he found me a place in District 3, which is where I am living now. It’s in the centre of the city’s hustle and bustle and is much noisier, but I feel so much more at home here. In terms of the renting process, I found it relatively stress-free. In both instances, I found a place to live within a week.

There are so many expats living in my apartment block and a few others dotted around the area. I find that District 3 has a huge young expat community; plenty of 20-to-30-somethings who have moved out here for the same reasons as myself. In contrast, I found District 2 to be a huge expat community of families; it’s a self-sufficient area and a perfect place to raise children but just not for me.

It’s a bit of an on/off relationship if I’m honest. My immediate neighbours are loud and are largely uninterested in getting to know me. Similarly, the man in the apartment above loves a good bit of karaoke at 4am most days, which has resulted in a few early morning altercations. However, I’ve developed a great rapport with the local shop owners and food vendors which have made me feel extremely comfortable and safe in my surroundings. I also have my own personal motorbike driver now who takes me anywhere I need to go at the drop of a hat. The Vietnamese, in general, are amongst the friendliest of people I’ve ever met.

The language barrier can really make life difficult at times. I’ve picked up enough to get me by, but there are still times when I get frustrated and just give up on whatever I was trying to do. Similarly, the vacant stares you are subjected to by the locals can be a little intimidating. They only stare because they are intrigued, but it can still be a little unnerving.

Shopping for food and household items is a breeze. Most supermarkets sell everything you could possibly need, for a fraction of the price in the UK. Finding western brands is sometimes a little tricky, but as time goes by you begin to learn the Vietnamese equivalents. Shopping for clothes is a bit more of a hassle.

The Vietnamese have no concept of ‘browsing’, so when you’re inside a shop, the assistant follows you around like a lost puppy. I rarely venture into clothes markets now, as the sellers can actually be quite violent when they grab you and ask you what you want to buy. Shopping was my favourite hobby back in the UK, now I only go when I absolutely have to – it’s a shame really, because there are so many bargains out here!

This is another on/off relationship! Generally, I find Vietnamese food to be delicious. I’m not the biggest fan of their soup dishes, such as Phơ or Bún Bò, but their dry noodle and rice dishes are lovely. My favourite is ‘Cơm Tấm’, which is translated as ‘broken rice’; it’s a breakfast meal of rice, a pork chop and an optional fried egg. On the flip side, I have had food poisoning more times than I care to remember and have been hospitalised twice. Street food is dirty and you have to be so careful with which vendors you choose to buy from. Also, if you are not by the sea, don’t eat seafood – this has been the biggest culprit for me. However, this hasn’t ruined my experience out here by any stretch of the imagination; if anything it’s made me a stronger and more resilient person.