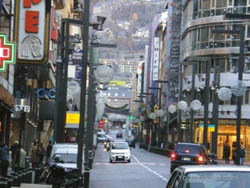 For years Andorra has been one of Europe’s top tax havens, with the same tax benefits as Monaco but with property at less than a quarter of the price.

Recently the country passed legislation which in effect has increased the minimum investment required to become a resident.

As one of Europe’s most popular tax havens, Andorra has until now been seen by many looking to move their assets to a low tax jurisdiction as an inexpensive gateway to fiscal paradise where there is no income tax to pay.

But this has just changed, and while the country is still a cheap option compared to better known Monaco, the costs and procedures of gaining residency have changed with the overall aim to bring more high net worth individuals to Andorra.Until now it’s been possible to gain residency by renting a property in Andorra and paying 30,000 Euros deposit to the government that was returnable if residency was given up. With good apartments available at under a thousand Euros a month it was affordable for many people about to sell their business and those retiring.

There is a minimum stay in Andorra for 90 days a year in the hope that new arrivals will contribute to the local economy, and there is a new category for sports people and scientists aimed at attracting more from these communities to make the move to Andorra and live in a tax friendly environment.

Quite a few professional cyclists are now basing themselves in the tax haven. For athletes such as cyclists there isn’t just the low tax that has persuaded them to move to Andorra – the country is located between France and Spain in the Pyrenees and is ideal for training between competitions in the northern hemisphere.

Up until recently Monaco was the tax haven of choice for successful professional cyclists, but with Monaco property prices up to eight times the price of Andorra’s for buying or renting, a trend is likely to develop from there to the Pyrenees option.

Comparing real estate prices shows just what a difference there is between the two, and with new flights due to start in the autumn to an airport just fifteen minutes from the border it’s easy to see why many people are choosing the Pyrenees over the French Riveria when it comes to deciding which European tax haven to opt for.

In Andorra a three bedroom two bathroom apartment in Ordino that has a mezzanine which could be utilised as a home office is currently on the market for 375,000 Euros. It has 97m2 of living space and a car parking space, and it’s enough to qualify towards residency if the applicant can satisfy other requirements such as proof of income or assets.

Meanwhile in the Condamine district of Monaco a 96m2 apartment with an 18m2 terrace, sea and harbour views plus a parking space is currently on the market at 3,000,000 Euros – eight times the price for a Monaco property compared to the Andorra apartment for sale.

Professional cyclists and other athletes, scientists, the business community and others considering moving to a European low tax jurisdiction will be able to include Andorra among their options when they are looking for long term financial security now and in the future.

Tribune Properties offer details of residency and Andorra property for sale
at www.propertyandorra.com