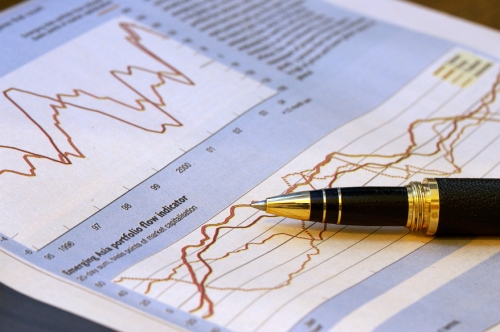 Tax haven Andorra saw one of the sharpest property price rises in Europe in 2005 with a 19 per cent increase.

This has been sustained with another high leap in prices in 2006, this time of 16 per cent.

2007 could see another double digit property price rise for the small Pyrenees mountainous country.Little known outside of the skiing and financial communities, the small European tax haven of Andorra has seen some startling rises in her property values in the last two years, with a repeat performance in 2007 possible.

‘There are three streams of buyers for Andorra’, say Tribune, ‘An active local market, second home buyers looking for ski apartments, and international buyers who want to gain residency in a tax haven. The international buyers add pressure on prices and often buy three or four bedroom apartments and chalets, making sure that the top end of the market is as active as the low and mid range properties.’

With a lack of snow for the first eight weeks of the Andorra ski holiday season, the second home buyers could be thinner on the ground than usual. The number of tourists is down by some fifteen per cent, and that could impact the property market as some visitors like it so much they buy a property in popular resorts such as Arinsal and Soldeu. So we feel a ten per cent rise in Andorra property values could be realistic for 2007.’

Andorra as a tax haven destination has been benefiting recently from the high cost of real estate in Monaco. Monaco recently became the most expensive country for property in Europe, and while a 32m2 studio in Monaco will cost close to a million Euros including the closing costs, Andorra offers over 100m2 three bedroom two bathroom apartments at less than half the price – with the same tax advantages as better known Monaco, bringing out a map of Andorra for many investors recently.

The different type of buyers tend to head for different areas of Andorra, with the ski apartment buyers tending to purchase in the key ski resorts of Soldeu and Arinsal.

Those looking for residency go more for the year round villages and towns which have a resident community.

Outside of the capital (la Vella) these tend to be La Massana and the upcoming villages of Anyos, Ordino and Arinsal, although Arinsal’s nightlife during the ski season early December to late April tends to steer many newcomers to La Massana and Ordino.

In addition to attracting international buyers in increasing numbers for residency, the Andorra authorities have invested heavily in their ski infrastructure, boosting the country’s tourism potential and subsequently Andorra’s real estate market.

And for this year’s ski season Andorra has opened a new family-friendly ski park in Arinsal, moving away further still from her old image of a cheap and cheerful ski holiday for 18-30 year olds to one that caters well for all.

One of the few drawbacks, when taking residency in Andorra compared to Monaco, has been access to a major international airport. While Monaco enjoys close proximity to Nice Airport, with a ten minute helicopter ride available, Andorra’s nearest airports have been Barcelona and Toulouse, three hours away, with no direct flights to Andorra.

Recent road improvements between Barcelona and Andorra have cut this by thirty minutes, and there is a possibility of a scheduled helicopter service, Andorra weather permitting, or more likely ten minutes from the Spanish Andorra border, allowing quicker access to international flights for business people considering Andorra residency.

Other improvements within Andorra include new tunnels, allowing quicker access to the ski fields, and making driving around Andorra easier.

With more demand from international buyers who want to take advantage of Andorra residency, the Andorra government announced in February that it was increasing the number of residency applications from the previous 200 a year to 500.

‘Andorra is becoming more popular among the international buyers’, comment local travel guide Your Andorra, ‘And with Monaco real estate prices sky high, it comes as no surprise that the government has moved favourably by allowing more residents. But it’s not just the tax free living they come for – it’s the Andorra weather as well for many who see the ideal opportunity to live in a tax free environment and enjoy winter sports too.’

For Andorra holidays an Andorra map and other Andorra information visit www.YourAndorra.com