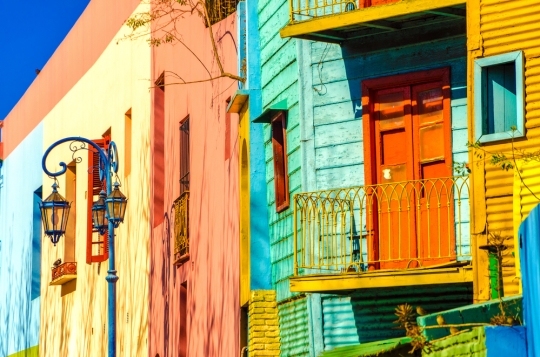 Buenos Aires is one of the loveliest and oldest cities in South America, and a popular place to live. But if you’re a US expat living in the Argentinian capital, what are your choices when it comes to education? We’re going to take a look at some options for you.The best news is that there’s a lot of choice. As of 1996, English is the second language of Argentina and so must be taught up to the age of nine for at least two hours a week in every school. In addition, there are a number of international schools, catering for different nationalities and religions, which offer differing curricula. They range from St Andrews’ Scots school, set up by Scottish settlers to ensure their children didn’t lose touch with their own culture, to the bilingual Scuola Italiana Cristoforo Colombo, which caters to Italian students. A large number of the bilingual establishments describe themselves as Argentinian/British, which tends to mean they focus on a British academic curriculum.

There are four types of curricula typically on offer Buenos Aires:

The school you choose will depends whether, as an American expat, you want your child to have as ‘American’ an education as possible, or whether you’re looking at other curricula such as the International Baccalaureate. If you prefer the latter, you will have a wider choice. Most expats do send their children to international and/or private schools in the city. Note that a number of the private schools will be Catholic, following the religion of the country.

The Buenos Aires International Christian Academy (BAICA) explicitly describes itself as Argentinian/American. Around 14% of its students are North American, as opposed to a roughly 73% South American intake. It employs native English speakers, and class sizes are small, as befits a school of only 200 students. It’s co-ed and caters for students from three to 18 years old.

You might also want to take a look at Lincoln, which integrates the American, Argentinian and International Baccalaureate curricula, from elementary to high school grades. It represents 46 different nationalities, with around 700 students, who speak a total of 24 languages. It aims to produce ethically responsible, resilient global citizens and its learning program is based on the concept of guided enquiry, defined below:

“Guided Inquiry is not so much seeking the right answer but rather seeking appropriate resolutions to questions and issues. Inquiring attitudes or habits of mind will enable students to develop problem-solving abilities and develop skills for lifelong learning.”

Lincoln also follows the standard US school year of August to June, unlike the Argentinian school year, which begins in March and ends in December. However, it is described by expat website Typepad as “quite expensive.” Attendance at this school is around $14K a year, with a $2.5K enrolment fee.

A number of American parents on BA educational forums have also expressed interest in the Waldorf schooling system. The first Waldorf school, influenced by Steiner principles, was set up in the city in the 1930s. The system is not totally independent, as the Argentinian government keeps a close eye on educational standards and private schools must still comply, but it provides an alternative to more mainstream education. Buenos Aires has two Waldorf schools: the Rudolf Steiner School and the San Miguel Arcángel School.

What Are The Disadvantages?

Transitionsabroad.com notes the difference in school year and warns:

“It will therefore be difficult for you to end a school year if you live in the US, then keep on the same track in Argentina. Many bilingual schools fill up their early enrolment such that it is next-to-impossible to enrol during the course of the school year. Depending upon your child's ability and age, he or she will either advance or partially repeat a grade level when entering the school system in Argentina.”

However, the website adds: “This can work in your favor as it gives you time to adjust to a new area and have your children take private Spanish classes to prepare them for the challenges of a bilingual program.”

Can I Home School In Buenos Aires?

In theory you can, but do bear in mind that this is a grey area; there simply aren’t any laws pertaining to home schooling in Argentina. If you go down this route, you might have problems later if you want to enrol your child in an Argentinian school or university, as the government doesn’t currently recognise home schooling.

Of course, when choosing your child’s school, it’s always worth bearing in mind what you want for their future. If your child is to return to university in the States, then a school that devotes some time to SATs is ideal. You’ll need to do a little research on which qualifications allow you to enter which university systems internationally.

Teacher Eddie Levison, writing in the Buenos Aires Times in 2018, exhorts his colleagues to widen their views when looking at international education.

“To become international also means to play by the rules expected by universities across the world…Internationally friendly schools should allocate resources to develop partnerships with international university recruiters, be open and inviting to their campus visits and allow contact with interested students – sometimes even at the expense of class time. Designated educators ought to be made responsible for that process while also establishing permanent written resource libraries…Students need to have clear guidance about programmes in diverse countries of interest, admissions requirements, application protocols and contacts to follow up. When international recruiters visit town, students should be encouraged to attend university fairs and obtain information directly. Schools may also offer to organise such fairs or individual visits on their own campus and invite parents as well.”

Argentina is clearly progressing when it comes to international education, meaning that if you are living in Buenos Aires, you will have a good range of educational choices for your child.

Have you lived in Buenos Aires? Share your experiences in the comments below, or answer the questions here to be featured in an interview!