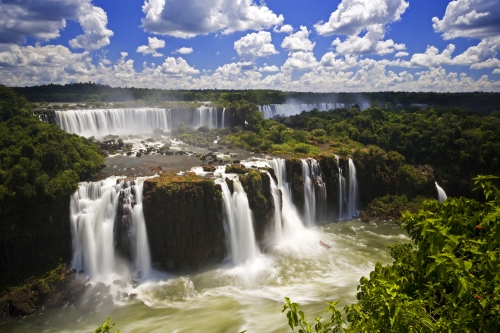 When arriving in a new country, there is a lot to learn. Customs and traditions can be very different to those you are used to, and it’s easy to get them wrong. However, in Argentina, the warm and welcoming society will help you get quickly acclimatised.

Learn To Kiss Hello And Goodbye

It’s normal for Argentinians to kiss each other when saying hello and goodbye. This type of kiss is known as a beso. Family, friends and even neighbours will do this; usually anyone, in fact, with whom you are on first name terms. Gender doesn’t matter; men and women will kiss other men and women comfortably. However, there are hidden rules about what to do.

Firstly, only give an air kiss to the right cheek. Avoid big sloppy kisses or anything that lasts more than a second, since this will transmit a whole different message. Your lips are near the skin, but not quite touching. After the right cheek, draw back to begin the conversation; you do not kiss two or three times as per the continental European tradition.

Secondly, don’t press your body against the other person. You will be standing close to each other, but your bodies should not touch.

Placing your arms might take a bit of practice and will depend on how the other person positions themselves. You may find it comfortable to place your right hand on the other person’s shoulder or arm for a second as you lean in to kiss, and then immediately withdraw it as you stand back. Your left hand will be fine loosely hanging against your side.

The main difficulty with a beso between expats is assessing whether the other party has adopted a ‘when in Rome’ approach or sees a fellow countryman and decides to revert to home traditions. You may wish to just adopt the Argentinian custom for everyone and make your body language clearly communicate this when meeting other expats, to avoid any embarrassment.

Unless you know a colleague well, you should not bound into a meeting and greet the senior staff with a beso! A short, firm handshake, nod with eye contact, and a welcome comment to the person including their name will suffice. If the meeting is to be more informal, be led by example.

Small talk is normal; rushing into the business items straight away is considered rude. Business meetings are often a way to consider the issues of a decision, which may be mulled over and decided at a later date.

Since hierarchy is important in Argentina, the status of those attending the meetings should be considered in advance. Once there, dropping family and network connections into the conversation is useful.

The Head Of The Argentinian Family

Family life and close relationships with the extended family are given great importance in Argentina. Traditionally, the man is head of the household, and is given responsibility for providing for his family and preserving their honour in their community. In return, he receives respect.

However, since the government of this strongly Roman Catholic country finally permitted divorce in 1987, many families have broken apart. Approximately one in three marriages will end in divorce, at a time when the marriage rate is declining. It is no longer unusual for a couple to have a baby before they are married, and many now decide they will cohabit for the long term rather than marry.

The Roman Catholic religion remains the official religion of Argentina, but since the country’s constitution guarantees religious freedom, other religions and moral viewpoints are incorporated into daily life.

As an example of this, LGBT rights have been widely accepted and same-sex marriage is legal. This contrasts with nearby Latin American countries, where LGBT residents can be in real risk of harm, but reflects the more European outlook on life commonly found in Argentina.

As in the USA and UK, individuals will be swayed towards traditional values or a modern liberal outlook to different degrees on different subject matters. So in conversation, pick up as many hints as you can about the type of world outlook the other person has, and avoid delicate areas of conversation.

Argentinians are more expressive, warm and unreserved compared to many quiet European social norms. Conversation is likely to be direct and open, with frequent tiny touches to the arm as you are spoken to. The amount of personal space is likely to be less than you are used to, but you will become accustomed to this over time.

Despite the passion and enthusiasm displayed during a normal conversation while socialising, most Argentinians will exercise tact and diplomacy when it is needed. You are unlikely to find yourself shouted at except in unfortunate circumstances.

It is no accident that the tango is seen as the dance which represents Argentina. Close up, intimate and passionate, yet elegant and precise, it is often seen as physical representation of the Argentinian spirit.

Meanwhile, football is a great way for Argentinians to come together. It is the most popular sport and is widely followed across the country.

Eating In An Argentine Home

Obviously meals in people’s homes will vary enormously depending on who has been invited and for what purpose. A meal with business contacts may be quieter and more polite in nature, whilst a friend’s invitation to a family meal will be relaxed and probably noisier, with more of a party atmosphere.

You are not normally expected to arrive at the exact time you were invited. Appearing up to half an hour later than invited means your hosts have had time to get everything ready.

When you first enter a home, hand over a gift to the hosts, which will be opened immediately. Make sure you have dressed well for the occasion.

Your host will introduce you to everyone present. When the time comes to eat, you will be shown which place at the table is yours. Remember not to start eating until everyone else does; toasts are often given before the first sip of wine is enjoyed. Don’t help yourself to more wine, but wait for it to be offered.

Hosts are always pleased to receive thanks for their hospitality, whether that is a text or call the next morning, or a card in the post.

The Day of Tradition, or El Dia de Tradición, is held on November 10th each year to celebrate the anniversary of the birth of Jose Hernandez. A mid-19th century self-taught writer and poet, he composed the famous poem El Gaucho Martin Fierro.

During the build up to November 10th, there will be a week or so of parties, concerts, gaucho games, rodeos, parades and feasts across the country. Traditional dishes sold during this time include beef asado and empanadas, washed down with the herbal drink mate.

Two weeks before Lent, there is a national public holiday to enjoy El Carnaval del Pais. In the town of Gualeguaychu is the 38,000 seat Corsodromo; musicians and singers compete there for the chance to be Kings of the Carnival. Across the country, professional and amateur musicians play in the streets, whilst costumed people dance.

On 25th May each year, Argentina celebrates the independence it won from Spain in 1810. A national public holiday is enjoyed with parades, music and food. At the end of the day, following political speeches, the national anthem is sung.

The best way to experience the community you have moved to is to get out and about. Accept social invitations, and walk down the street in safe neighbourhoods. Get to know the people who you live and work with. You will be readily welcomed, and it will be easy to embrace the customs and traditions of Argentina.

Have you lived in Argentina? Share your experiences in the comments below, or answer the questions here to be featured in an interview!