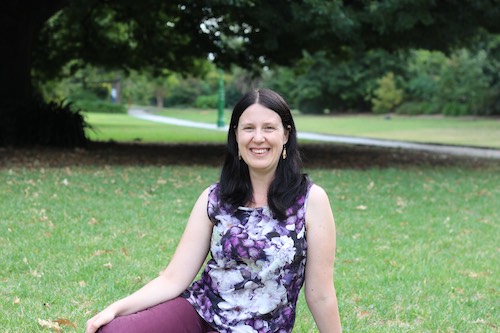 Hi, I’m Linda Alley, a teacher and writer from New Zealand. These days I live with my husband in Melbourne, Australia.

I’ve actually been living in different countries for about 15 years.My first expat experience was a working holiday in the UK. My mum’s British, so I’d always been curious about that side of my heritage. I loved it so much that I ended up staying in England for over 5 years!

My second expat experience was Madrid. I went there on holiday with my Spanish housemate from London. As I was travelling with a local, I got a much deeper insight into the culture. I was hooked! But because I couldn’t speak Spanish, I felt like I was still only skimming the surface. So I moved over there, studied the language and taught English classes. It was a life-changing experience on so many levels.

In 2012, I left Spain for Australia so I could be closer to my family in New Zealand.

After living in Spain, moving to Australia was relatively straightforward. I could do all the usual things like opening a bank account in my first language. Also, as a New Zealander, I didn’t need to apply for a work visa.

I met my partner (now husband) while I was in Madrid. So the biggest challenge was maintaining a long-distance relationship for several months until he was able to join me in Australia.

Luckily I had a local friend who I’d met in London when we were both living there. She had a spare room in her shared house, so I moved in as an extra tenant until my partner arrived in Australia.

Lots! Melbourne is a very multicultural city. When I’m on public transport I always hear people speaking different languages. Apparently the last census showed that nearly 30% of people in our state were born overseas.

Most people are friendly, helpful and easy-going. Aussies and Kiwis are also very similar culturally, so it’s been pretty easy for me to integrate. Of course our countries have always had a love-hate relationship, so I’ve had to get used to being the butt of plenty of jokes about accents and sport!

Although Melbourne’s population is nearly 5 million, it’s really easy to get close to nature. The city is full of outdoor spaces and cycle tracks. There are also some great national parks nearby. We love escaping the city for camping and road trips when we can.

People say that Melbourne gets all four seasons in one day because the weather’s so changeable. I don’t mind that, but I find the heat hard to deal with in summer. Sometimes the temperature can jump 15 degrees in 24 hours. When it gets over 35°C, I try to stay indoors as much as I can.

The biggest difference would have to be the pace of life. Melbourne’s population is about the same size as the whole of New Zealand. Life is definitely slower in New Zealand. People tend to stop and chat to you more often. I remember handing over my passport at Auckland Airport once and the immigration official took the time to compliment me on a ring I was wearing!

Because Melbourne is so diverse, you can find food from most parts of the world here. There are Italian, Greek, Chinese and Vietnamese districts. I like going to the cultural festivals throughout the year and trying street food from different countries.

Don’t feel bad if you have moments when you’re not enjoying your new country. Culture shock is a completely normal phase. Look after yourself by balancing how much time you spend in and out of your comfort zone. Socialise with locals and expats.

I love reflecting on my overseas experiences by using them as inspiration for creative writing. I want to help other expats do the same through my website.

One of the projects I’m working on at the moment is a collection of stories set in the places where I’ve lived.

You can find out more about Linda's writing at nofearinwriting.com.