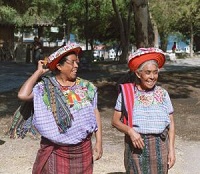 The original inhabitants of the Australian continent are known as indigenous Australians, and are thought to have the oldest surviving culture in the world, with what is probably also the oldest surviving religion in the world. These various tribes of indigenous Australians are thought to have descended from the earliest modern human migrants from Africa, and here in the isolation of the Australian continent, they developed their own culture, language, technology, and practices, uniquely different from the rest of the world, and much of which has survived relatively unchanged up to the present day.There are several hundred tribes or groups of indigenous people in Australia, with a lot of overlapping and sub-groups. Although each group tends to have its own language, beliefs, and other cultural practices, there is still a lot in common across most of them.

In terms of belief and mythology, the phrase “dream time” is often used to describe the animist system that is common to most indigenous people in Australia. Dream time is sometimes described as “time out of time” but the meaning of the original word, alcheringa, in the language of the Aranda people, is said to be closer to “eternal and uncreated,” although this too is not completely accurate. The dream time or the dreaming is a concept that includes past and present, and is where one’s ancestors exist. Land is another central concept in all aboriginal belief systems – it is treated with great reverence, and is recognized as a complete system that sustains people and must also be sustained by them. Today, Australian national parks are extremely important places for indigenous Australians, because not only are they relatively untouched by agriculture and urban development, but they also contain aboriginal artwork from hundreds of years ago and sites that are strongly associated with dreaming stories. Concepts of the dreaming, land, spirits, spirituality, creation, law, duty, and life and death are inextricably linked in aboriginal culture.

In spite of the lack of a formal, written script for Australian indigenous languages, the indigenous people were able to record their culture for thousands of years through a rich tradition of rock art, depicting people, celebrations, dancing, and other cultural practices, along with the landscape and environment, including plants and animals that have since become extinct.

Today, there are still aboriginal artists who continue this tradition, sometimes innovating by mixing it with more modern techniques of art and painting, and at other times remaining true to the old tradition.
Music is an integral part of indigenous culture too, and is still part of social gatherings and ceremonies. The indigenous tradition of folk music includes epic songs that can sometimes last for days, and which are deeply intertwined with dream time and its related concepts. Over the centuries, indigenous Australians also developed many unique musical instruments, of which the didgeridoo is probably the most well known. Although the didgeridoo is today somewhat iconic as an Australian aboriginal instrument, it was traditionally played by only the men in certain specific parts of Australia.

There are many more indigenous instruments, and many of these, like the indigenous styles of music, are unique to particular regions, groups, or tribes of indigenous people.

Since the arrival of the European colonists, indigenous people have adopted the new instruments that arrived in their land, along with some of the new musical styles; they have incorporated them into their own culture, and have made them their own. Today there are also indigenous performers in a range of international styles, from rock to country to hip-hop, often incorporating indigenous themes, indigenous instruments, or elements of indigenous styles.

This of course is only a small part of indigenous Australian culture – in addition, there is much, much more to explore, from initiation ceremonies to great celebrations, from agricultural practices to sports, and many more social customs that are part of this rich, ancient, and diverse culture.