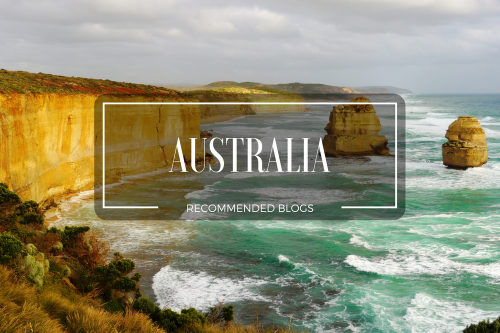 At Expat Focus, we like to be on the lookout for resources around the web that could help prospective expats adjust to their new countries. Today, we’re taking a look at Australia and some of the blogs that might be useful for expats there.Stories and sarcasm
https://theaccidentalaustralian.com/

After a stint in the UK, American Katie made a last minute life change to move to Australia “for reasons she herself is still not entirely sure of.” Working for a non-profit in Sydney, Katie shares her quirky observations of everyday life in the country’s largest city, documents her encounters with native wildlife and blogs about travels interstate to popular tourist destinations. Check out Katie’s ‘top 5’ tips and ‘best things’ lists which you’re sure to find useful – whether traveling down under or making a more permanent move.

Between roots and wings
http://betweenrootswings.com/

Don’t let an entire post about encounters with the harmless-but-HUGE Huntsman spider put you off Cristin’s blog, or indeed Australia. This American has passed her six-year ‘expativersary’ and admits she didn’t expect herself, her husband and daughter to stay so long. Cristin writes with a heartfelt honesty about the joys – and challenges – of life away from her home country. Her monthly expat interview series covers the aforementioned Aussie creepy crawly experiences, drinking like a local, southern hemisphere Christmases and more. She also provides insight on pregnancy and parenting down under, and there are loads of reads on living in the city of Sydney.

What started as an expat blog for Cosette eventually broadened, and this Cuban-American writes about much more than just her experiences living in Melbourne. Cosette does have a great collection of posts about moving to Australia however, and they serve as valuable resources if you’re soon to follow suit. She shares her ‘road to permanent residency’, thoughts on the local culture and lifestyle (see ‘how to speak Australian’ and ‘surviving a heatwave’). And if you’re new to Melbourne and keen to check out the sights, she has many of the most popular destinations covered.

If you’re not familiar with Melbourne’s food scene, you’ll definitely get to know it reading Laura and Peter’s blog. They recently returned to the USA, but the couple spent two years in Australia working while living in a gorgeous hipster apartment in the heart of the city. Roll through the archives to read about how they went about finding a rental and settling in. See if you agree with Laura’s thoughts on Australian shopping and entertainment culture. The couple chronicled their travels in Victoria and further afield, and they couldn’t live in the country’s foodie capital without capturing a few instagram-worthy shots of smashed avocado brunches, of course.

A Swede + an Aussie
http://swaussie.se/

A Swedish girl meets an Aussie boy down under, sparks fly, a long distance romance ensues. Anna and Simon first gave living together in Sweden a try before moving to Melbourne and eventually becoming proud parents. Their blog is a mix of English and Swedish updates, and Anna is quite frank and clearly frustrated at times as she writes about Simon’s Swedish employment struggles, language-learning hurdles and later, visa hold ups. It’s not all stress and frustration however; you’ll find plenty of travel posts and thoughts on ‘typical Aussie’ versus ‘typical Swedish’ customs. As their blog states, it’s all just part of “the roller coaster ride we call life.”

A Scot in Tasmania
https://dorkymum.wordpress.com/

Professional writer, editor and campaigner Ruth lives in Hobart with her husband and young son. Her ‘dorky mum’ blog has been nominated for various awards over the years, and it’s a lovely collection of personal photos and stories, sometimes written by her husband and occasionally contributed to by guest bloggers. Subjects range from family life to travel, politics and poetry, causes and campaigns. Use the category tabs at the very bottom of the page to explore her blog archives, and discover the ruggedly breathtaking island of Tasmania along the way.

A young family in Brisbane
http://www.alkeksabroad.com/

The Alkeks are Courtney and Travis (and most recently, baby Leighton) who hail from Houston, Texas. Living and working in Brisbane, they blog about expat life, travel and day-to-day happenings; many are now focused around their experiences as first-time parents. Discover Brisbane and other parts of Australia through this young family and see how Courtney’s going with ticking off her ‘30 before 30’ bucket list. Get involved in the comments sections as the new mum seeks tips on subjects such as cooking and travelling with bub.

A global citizen in Perth
http://sami-colourfulworld.blogspot.co.uk/

Portuguese by birth, Sami Veloso says she almost doesn’t have a mother country, having lived in Mozambique, South Africa, Germany and Portugal before moving to Perth, Western Australia with her husband and kids. Sami’s posts revolve around her two now-adult children, her cats and her love of crafts, painting, reading and travel. Her blog certainly reflects its ‘colourful world’ moniker, with shots of her own creations, public artworks and murals taken around Perth and elsewhere.

Nicola had no idea how intense the highs and lows of Australian life would be when she moved, initially to Perth. But she says the emotional upheaval was a catalyst for personal growth and self-discovery. Nicola’s blog serves as an outlet and a place to develop her writing skills, and her posts are not solely relevant to expats (though don’t miss ‘the sting of expat guilt’ and ‘home trip checklist’). She examines parenting, personal development, relationships and those pesky nuances of language that once saw her Aussie dentist fall about laughing over a particularly English phrase.

Annabel’s blog is as stylish as the city she now calls home. Sick of the London 9-5, she started travelling the world, found love with an Aussie, and they moved to the harbour city. Alongside the standard settling in and visa advice, there’s fashion, food, lifestyle guides and reviews aimed at helping fellow expats get the most out of Sydney. Craving a shopping spree on the UK High Street? Annabel has a guide for how to get your fix from down under. Also check out her excellent to-do lists if you need inspiration on anything from Sydney date destinations to winter sightseeing.

We’re always on the lookout for more sites to feature – if you run a blog about living in Australia, leave us a link in the comments and we’ll take a look!