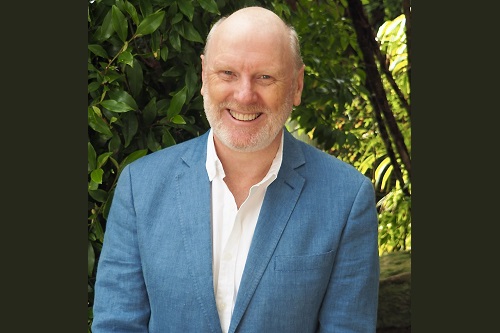 If you stopped a few random residents in the street of either city to make that assertion, there’s a fair chance you’d be greeted with scepticism.

If you’re a Londoner you’re probably already thinking, hang on — Sydney-siders live in a sunburnt city, but perversely your rainstorms produce biblical deluges. That it’s full of abrasive cricketers (no sandpaper pun intended), and you’re surrounded by lots of critters bent on killing you; and anything that crawls, slithers, swims or runs wants to end your life, or at a minimum, do you physical harm — especially the cricketers.

Your average Sydney-sider would likely wait until the Londoner had finished apologising for no apparent reason, then return serve with a commentary about London’s own constant and depressing rain, and the average Londoner’s smugness about the sophistication of the entertainment and cultural options in their global metropolis. Oh, ‘sorry’, and that they’re obsessed with football…especially 1966! Although just quietly, it does rain a lot more in Sydney than in London (even before the great Sydney wet of 2022).

All fair points. But, London and Sydney are much more similar than many people would credit or in some cases, like to admit and that’s arguably because of the people. So, drawing on my decades of living in each of those fine cities, reaching for my hard hat and tucking both country’s passports safely into my top pocket, let me give you my top 3 reasons for that assertion.

First let’s look at the events of 2020. During the early stages of the pandemic, confusion reigned in Sydney as we tried to understand where we were heading. But, the reference almost everyone kept coming back to was the UK and specifically London. In our on again/off again, 24×7 locked-down existence, we felt strangely comforted that we could watch the earlier experiences of our London cousins. It was clear that detractors and supporters alike thought London, as a similarly multi-cultural and modern society, was a valuable and familiar information source for comparisons, as Sydney developed its own strategy. It was also comforting that, as far as we could tell, their senior politicians weren’t considering random injections with disinfectant or experiments with ultra-violet light as a solution to the infections.

Moving on to something more positive, my second reason is that we have both hosted successful 21st century Olympics. Though, it’s not the events that prove my point. It’s the common reaction and attitudes exhibited among the citizens of both cities during the lead up to those momentous occasions. We were both haunted by the spectre of potential failure ahead of our respective games, then rallied to pull victory from the jaws of our self-created expectations of defeat. Showing a similar can-do attitude when the chips were down.

In Sydney, the 2000 Olympics were definitely a signature Sydney event, but in the lead-up the attitudes seemed very familiar to a Brit. After Sydney had won the right to stage the Olympics and the euphoria had died down, almost everyone complained continuously about the cost and inconvenience — as stadia were built and investment estimates were revised upwards; as the organisers and politicians were mercilessly parodied, with withering satirical effectiveness; and as Sydney-siders were predicting our questionable transport and the September weather would result in an embarrassing disaster. Then, after we had written off our chances of hosting a convincing Olympics, we finally embraced the games with vigour and all pulled together with a Dunkirk-like spirit, to make them a success. Even Roy and HG became believers.

London had similar initial debates and doubts twelve years later, before hosting their own triumphant games, sharing the sense of impending doom, a pre-occupation with their transport, ongoing investments and the potential weather, before rallying with significant grass roots support and with the well-established British humour to the fore.

Which leads me to my third and I think most compelling reason. It’s our shared sense of humour. Something self-evident to anyone who has watched an Australian or British comedy show, or has stood in a London or Sydney pub while an Aussie/English sporting contest is under way. When something goes wrong, both sets of residents typically default to humour to defuse the situation. When a Londoner ‘takes the piss’, it’s often a backhanded compliment. If a Sydney resident likes you, they’ll often insult you to your face — many will say, the greater the insult the greater the respect.

I have regularly felt sorry for our American, European or Asian cousins when they witness such an exchange of views between a London and Sydney native. It’s mostly delivered with a deadpan expression, and is understandably difficult to discern, if you’re not from either of those cities. If you don’t believe me, go and stand on the hill at the next ashes game as an Englishman, or Lords as an Aussie, and you’ll soon see what I mean — just be prepared for some verbal flak, as a ‘whingeing pom’ or a ‘Bruce’, depending on the age of your tormentor and your city of origin.

So, yes, we do like to trot out the old biases and cliches to highlight our perceived differences, but, we can mostly see that for the media-enhanced rivalry it is.

You’ll make up your own minds, but my vote is yes. London and Sydney are more similar than you’d think…and that’s because of the people. And, while I can’t take any credit for that, as someone who has lived almost half my life in each city, I’m very happy to be able to report it.

Steve Willis is the author of memoir Europe over the Handlebars – a nostalgic look at travelling through Europe in the Eighties, when all you needed was an Atlas, a Walkman and a payphone.

Europe over the Handlebars is available from Booktopia.