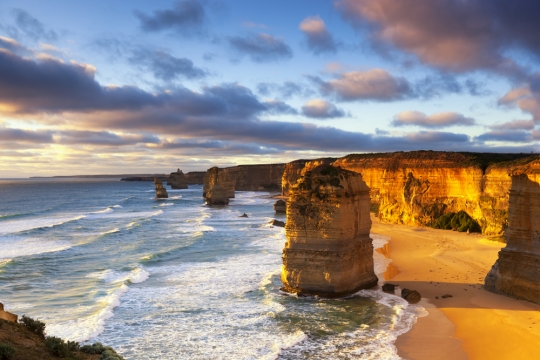 There is a plethora of benefits to moving to Australia from the UK, from the better weather and considerably higher quality of living, to the more spacious property available and the excellent healthcare system. Life in Australia is low risk in terms of crime and political unrest, and so is generally considered a safe place to settle down.The sophisticated infrastructure means you will have no difficulty getting around, and the relaxed, laid-back attitude that goes hand-in-hand with life in Australia means you are unlikely to feel stressed or struggle socially to assimilate. Whilst Australia is a dream retirement location for many people across the globe, for UK citizens, it also has its pitfalls, which should be taken into careful consideration before deciding to make the move. The most problematic and widely debated issue for UK citizens looking to retire in Australia is that of the UK pensions system, and what happens to your pension should you decide to take the plunge and head across the pond.

We’ve created this guide to shed some light on the issue and answer your frequently asked questions on the subject.

Q. What’s the issue with UK pensions in Australia?
A. Your state pension will be “frozen” if you decide to move to Australia.

Unfortunately, as it currently stands, if you are due to or already receive a UK state pension and decide to retire to Australia, it will be frozen from the first payable amount in the country. This means that although you will still receive your state pension, you will not receive the annual index-linked increases that you would should you be residing in the UK or many other countries in the world where the UK has social security agreements.

Q. What problems has this caused in the past?
A. Retirees receiving a state pension will continue to receive the same amount every year, which will not increase in line with the cost of living.

It is estimated that there are some 550,000 frozen pensions around the world, almost half of which belong to retirees who live in Australia. Some of the oldest examples of how this can affect pensioners is that those who qualified for their state pensions in the 1970s had their payments frozen at as little as £6 a week. Since this time, the economy has grown, and the cost of living has dramatically inflated. If these retirees had been still living in the UK or many other countries, the same payments would have risen to around £100 a week. This is unfortunately a situation that can leave retirees seriously struggling financially, and drastically hinder their quality of life.

Q. Am I even eligible for a state pension?
A. It is likely that the answer to this is yes.

It’s probable that you are eligible for a state pension. Any person who has lived and worked in the UK for more than 10 years and paid National Insurance contributions will have accumulated an entitlement to a UK State Pension. The payments can vary, depending on the amount of years you have contributed. If you are unsure how much you are entitled to, you can check with HMRC or the government website.

Q. Will this change if I move back to the UK?
A. Yes

If you move back to the UK on a permanent basis, then yes, your state pension should be taken off the “freeze policy” and your payments will begin to increase annually again. This is only applicable if you move back permanently and does not count if you reside in the UK on a part-time basis, even if you spent the greater amount of time in the UK.

Q. Will this affect my private pension as well?
A. No.

The freeze policy should not affect your private pension payments in any way, and you should receive these payments regardless of which country you decide to reside in. However, it is best to check with a regulated financial advisor on this matter before making any decisions.

We hope that this guide has cleared up any questions you may have had about what happens to your UK pension should you choose to retire to Australia. There are several groups already fighting against this policy, such as the British Pensioners in Australia and the International Consortium of British Pensioners, but the outcome is uncertain and doesn’t seem likely to change anytime soon. It’s an issue well worth taking into account if you are considering moving to Australia, so that you don’t face the prospect of suffering financially later on.