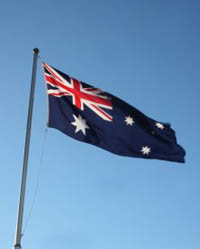 Property prices witnessed a boom in Australia during the latter part of 2013. Many expat investors and homeowners found it a lucrative time to buy property due to lower interest rates and an atmosphere of improved confidence about the country’s property market. Here are some Australian locations that are popular among expats.

With a population of about 600,000 people, Gold Coast is a highly populated city and has also experienced the most growth among the cities of Queensland.Gold Coast is known for its beautiful beaches; in fact the city itself is located on the beach. The mild weather and abundant sunshine allows residents and visitors to enjoy the outdoors all year round, and the beaches in Gold Coast are almost never closed. The sunny city is also popular for its theme parks and natural parks. The lifestyle is relaxed, although the nightlife is quite vibrant. The Isle of Capri has become a popular suburban location in the Gold Coast and it especially popular among retirees. The area of Labrador on the northern stretch also offers good opportunities for investors. The beachside suburb of Tugun offers a great lifestyle and its small community atmosphere attracts many young families.

The capital of Tasmania, Hobart, is the least populated city in Australia. Known for its great quality of life, Hobart plays host to cultural festivals through the year. There’s always something to do here, from visiting the botanical gardens to engaging in a wide range of sporting activities. Good quality housing is available here and most of the options are within a convenient commuting distance from workplaces, schools and shopping areas. Hobart is considered to be Australia’s most livable city. The inner city suburb of West Hobart is popular for its bohemian ambience and attracts many musicians and artists. It also has some reputed schools in the area. Mount Nelson is an older suburb in Hobart and also considered to be more prestigious. South Hobart has some beautiful homes and also a friendly atmosphere.

Mackay, on the Queensland coast, is known for its local attractions such as the Bluewater Trail, many beaches and islands and events such as the Festival of Arts and the River Sessions Festival. Mackay’s economy is run on the sugar, mining, retail, marine and tourism industries. The city also houses the largest coal reserve in Australia. Those who work in the retail sector will find plenty of job opportunities here.

Jubilee Pocket in Mackay is called the leafy suburb due to its lush forest surroundings. An ideal location for young professionals and families, the suburb is quiet and peaceful. Close to the tourist hub of Airlie Beach is the lesser-known suburb of Cannonvale, which provides a great family base with its playgrounds, good schools and quiet beaches.

The capital city of Australia and the country’s largest city, Canberra is the abode of many important monuments and landmarks, such as the Australian War Memorial, the National Archives, the National Portrait Gallery and the National Museum. Government buildings such as the Parliament House and the Royal Australian Mint are open to public visits. Studies by the Organization for Economic Cooperation and Development have found that Canberra has the highest living standard in the country and ranks high in the fields of education, income, health, safety and services. Crace in the Gungahlin district of Canberra has undergone significant residential development and is one of the property hotspots of the region.

Wodonga, on the border of Victoria and New South Wales, is popular among families due its high quality schools, efficient public transport and plenty of sports facilities. This is an ideal place for sports lovers. Many cricket clubs are located here.

There is also a horse racing club and a few soccer clubs. For expats who enjoy gold, Wodonga provides a world-class golf course. The city has a population of about 37,500 people. Also popular is Wodonga’s twin city of Albury, which lies to the north of the Murray River. These twin border cities are witnessing steady growth and property prices are known to be affordable. The cities are also equipped with good road, rail and air connectivity.