Home » Australia » Moving » How Will The New Australian Citizenship Reforms Affect You?

How Will The New Australian Citizenship Reforms Affect You? 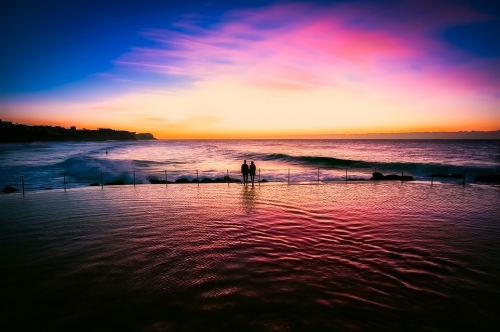 The Land Down Under has long been one of the most popular destinations for expats from across the globe because of its high living standards as well as the educational, career and business opportunities it offers. Australia is also more than just a nation with a booming economy; it is a continent on its own, with plenty to see and do. However, things may soon undergo a significant change, curtailing the dreams of many who are planning to migrate to Australia in the near future.In the second quarter of 2017, Australian Prime Minister Malcolm Turnbull revealed changes to the immigration and citizenship program, citing the importance of attracting people who are likely to embrace Australian values and contribute to the nation’s development in a positive manner. The Prime Minister then went on to reveal plans to replace the 457 visa program, which aims to attract skilled migrants to the country, with the Temporary Skill Shortage (TSS) visa program. Additionally, the authorities said that the government will reduce the number of skilled occupations that expats can apply for. It is believed that these are just the start of adjustments to the migration program that is striving to promote social cohesion.

In Turnbull’s words, the new citizenship program will put “Australian jobs and Australian values first”. He clarified that changes to citizenship will enable the migration program to contribute even further to social cohesion and will enhance security. The country would continue to attract those who make a positive contribution to Australian society, regardless of their nationality or religious belief.

The new program is going to have two schemes, and the number of skilled job categories that an expat can apply under has been cut down from 651 to 435 occupations. While there is no confirmation yet, this could further reduce in the next few months.

Under the previous scenario, the temporary work skill visa allowed an expat with the relevant skills to move to Australia for up to four years, as long as they had an offer from an approved employer. The foreigner could be sponsored by a local business, but only if the organization could not find an Australian citizen to perform the same job.

The visa holder was then permitted to work in the country until the visa was valid. However, if they stopped working with their sponsor for more than 60 days, their visa was automatically rendered invalid and they were required to exit the country.

Over the course of the last two years, a number of new migration laws were introduced by the officials of Oz to curb the inflow of foreign nationals. The 457 visa scheme was by far the most popular and convenient channel for expats entering country. It was therefore bound to undergo a change sooner or later. So what does this change mean to you, if you are planning to move to Australia?

Under the revised immigration program, an expat can enter the country on a temporary visa, which eventually gets converted to a permanent residency, over a period of time. However, the whole procedure is not going to be as easy as it has been all this time.

Earlier, people could apply for residency as skilled workers, but the number of categories has reduced by a huge margin. Among the occupations that have got the axe are actors, writers, dancers, performing artists, pilots, air traffic controllers, brokers, fire fighters, farmers, interior decorators, judges, and police officers, just to name a few. You will therefore need to check the revised list of skilled occupations, to see if you are still eligible to apply. The exhaustive list of occupations that have been removed can be accessed here.

Like in many other countries, the Australian government is very keen on employers giving preference to citizens over expats. The authorities are placing restrictions on offering jobs to migrants in an attempt to promote hiring locals. The prime minister highlighted this intention when he said “Australians have a priority for Australian jobs so we are abolishing the 457 visas which bring temporary foreign workers into Australia”.

The primary objective of replacing the 457 visa with the new temporary work visa is that only the brightest and best expats, in line with Australia’s economic interests, are recruited.

Recruitment of Talent from Overseas

Austalian authorities are interested in getting only those workers who genuinely address the shortage of skills in their country. As a result of this, more than 200 categories of skilled jobs have been removed from the “eligible” list. Moreover, the list of jobs will be even shorter for those who want a work visa for a period of four years.

The government has stated that it will lay down new laws and regulations around the recruitment of talent from other nations. This will include the ability to speak, read and write in English, as well as prior work experience. The new visa program will be available to foreigners for a period of either two or four years and will require the expat to have no less than two years of work experience for the job they are planning to take up.

In addition to that, applicants will have to undertake a criminal record check. In most cases, the labor market will be tested first to ensure that there are no Australians capable of filling the same role. The age limit for expats on a temporary work visa to stay in Australia has been reduced by five years, from 50 to 45. Moreover, the administration fees for processing the visas are set to increase significantly.

There are more than 96,000 foreigners currently living and working in this country. About 25% of the outsiders are from India, 20% are from the United Kingdom and 6% are from China. Those who already are living in Australia with the 457 visa will not be affected by the reforms.

Several industries in the country have been adversely affected by the changes, the main ones being media, information technology and telecommunications, followed by professional, scientific and technical jobs.

In the past, the 457 visa was a big attraction for expats as it allowed them to apply for a permanent residency, after which they could think of becoming Australian citizens. However, in the future, the two-year visa will only allow expats to work in the country, without taking up permanent residency. Foreigners will have to live and work in Australia for a minimum period of five years in order to be considered.

The introduction of the new visa program is part of the government’s strategy to strengthen the quality and integrity of the sponsored skilled migration programs. They main changes include:

• New list of permitted occupations that is more targeted and aligned to the skills required in the labor market
• A mandatory requirement for the applicant to have a minimum of two years of relevant work experience in the area of their skilled occupation
• Employers are obligated to pay the salary as per the Australian market rate to meet the Temporary Skilled Migration Income threshold. This ensures that workers from overseas cannot be engaged at a low rate to undercut Australian employees.
• Labor market testing is compulsory, unless an international obligation is applicable
• There is room for only one onshore visa renewal under the short term stream
• The capacity for onshore visa renewal and permanent residency pathway comes into effect after three years under the medium term stream
• The eligibility period for permanent residency will be extended to three years
• A workforce test will be conducted to ensure that employers are not actively discriminating against Australian workers in any way
• There is a requirement to make a contribution towards the Skilling Australians fund
• The Department of Immigration & Border Protection will collect the tax file numbers and will match the data with the records of the Australian Tax Office
• The mandatory penal clearance certificates are to be provided

The tightening of the eligibility requirements for an employer sponsoring permanent skilled visas includes changes such as:

• More stringent English language requirements
• A minimum of three years’ work experience for all visa applicants
• A maximum age limit of 45, at the time of application
• The requirement to pay a contribution to the Skilling Australians Fund
• Employers paying the standard salary across the Australian market to meet the Temporary Skilled Migration Income Threshold

The implementation of these reforms has already taken effect and is expected to be completed by March 2018.

Concerns Over replacement of 457 Program

It is only natural for commercial establishments in the country to raise concerns regarding the abandonment of the former visa program. Jennifer Westacott, the Chief Executive of the Business Council of Australia, is in agreement with them as she believes that the 457 visa program has been highly effective all this time and has helped the country’s economy to grow successfully. Westacott highlighted that one of the main reasons many large foreign investors decided to establish themselves in Australia was the ease with which foreigners could be hired to fill any gaps in required talent. She further added, “The government must work with employers to ensure that the ability to fill a genuine skills shortage is not degraded but enhanced”.

This sentiment is reflected by the people at the Australian Mines and Metals Association (AMMA), the biggest users of the 457 visa program. A spokesperson of the organization went on record to state, “The 457 visa program has worked and the system was responsive to economic changes as well as fluctuating labor demand.” They have opined that ending this stream of visas will not help the growing employment and economic challenges in the country.

One of the reasons for the crackdown on the 457 scheme is the increasing criticism against certain Australian employers, who are taking advantage of the system. It has also come to light that a number of expats have been exploited under it, with poor career opportunities and low wages. As a result, employers acting as visa sponsors will now be required to prove the salary trends in the market and that the applicant has at least two years of relevant work experience.

For a long time, the immigration system in Australia has been widely appreciated and admired for offering expats a number of opportunities, through a robust system that is based on points. Foreigners have enjoyed lucrative careers in a variety of industries that require their skills. Whether or not the new system is as beneficial for employers and potential expats is yet to be seen. Several steps will need to be taken by the government, to ensure that there is no ambiguity or confusion for the applicants.

With so many changes and new limitations on the list of occupations, applicants are likely to get confused about the impact of the new procedure. It is therefore a good idea to read up on the reforms as much as you can, if you are interested in migrating to Australia. It is also imperative that you speak with an immigration consultant in your country who is very well-versed with the immigration laws of Australia and can guide you through the paperwork as well as the entire migration process.

Have you lived in Australia? What do you think of the new reforms? Share your thoughts in the comments below, or answer the questions here to be featured in an interview.