What Do The Australian Government’s New Migration Plans Mean For Expats? 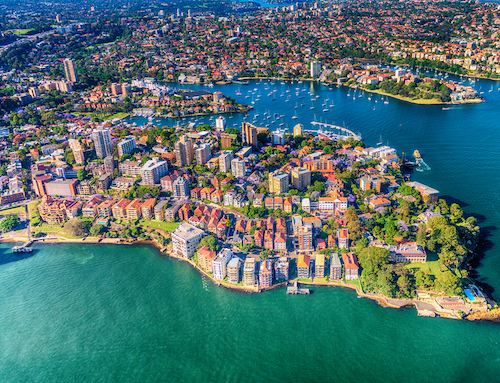 Newly re-elected Australian Prime Minister Scott Morrison recently promised to further reduce the number of migrants granted visas if he won the election. His government intends to cap permanent migration at 160,000 (down from the 190,000 maximum allowed last year) for the next four years. This move will be implemented alongside the advent of a new skilled-worker visa that will see expats having to reside for three years outside of major cities as a pre-condition of permanent residency. The objective of the plan is to encourage skilled migrants to settle in country towns and so ease congestion in highly populated cities.If you’re planning a new life in Australia, these new plans could make an already-complicated process all the more difficult. Here’s what you need to know.

While there are already measures in place that are designed to direct migrants to rural and regional areas of Australia, statistics show that 87% of skilled migrants still settled in Melbourne or Sydney in 2018. To encourage new migrants to settle regionally (areas not classed as metropolitan are referred to as regional), the government intend to attach conditions to visas which will specify that the individual will need to spend time in rural areas before being able to move to larger cities.

The time period for this is likely to be three years, which the government hopes will be long enough for the individual to put down roots and be less likely to make a move to a big city. Non-compliance with the law will result in individuals being unable to settle in Australia long-term, as they will not be granted permanent residency.

In the event that an individual is offered a job in Australia where a native person could not be found to fill the role, it is unlikely that the new regulations will affect their migration to big cities.

Some 25% of Australia’s current annual migration is related to employer-sponsored visas and the government has assured business owners that it has no intention of jeopardising the growth of businesses or the associated boost to the economy that they provide.

The new regulations may affect students wishing to travel to Australia for university; it has been suggested that incentives will be established to encourage students to study at universities in rural areas, including a one-year work visa on completion of their studies.

Low-skilled migrants and/or those with limited English have been dealt a lifeline as part of the new regulations. Agreements have been signed with designated regions that are desperate for individuals to fill specific employment gaps.

These designated area migration agreements will lower the requirements for skills, language and income to grant lower-skilled migrants access to permanent residency. There is also hope that an agriculture visa will be implemented at some point in the near future to meet the demand for farm workers.

Visas For Parents Of Migrants

Parents of migrants will be able to pay for a three or five-year visa at a cost of $5,000 or $10,000 respectively. In addition to this fee, parents of migrants already in Australia can only move there if they are sponsored by their children, who must act as financial guarantors.

A new visa allowing people with innovative business ideas to move to South Australia without first having to provide evidence of capital has also been introduced recently. Successful applicants, along with their families, will be able to reside in South Australia for three years on the condition that they set up their businesses in accordance with approved plans.

This new visa is a pilot project that will initially run for three years, at which point it will be reviewed. Applicants for the supporting innovation in South Australia (temporary activity) visa must be under the age of 45, be able to speak English and meet health and character requirements.

The main requirement, though, is to have a clear, innovative business plan which is likely to be endorsed by the region’s government. Priority will be given to businesses related to defence, cyber security, food and wine, health and medical technology as well as media and film industries.

Anyone applying for this visa will be expected to have experience in their chosen field and should have a business plan that demonstrates genuine innovation with a strong focus on the potential to create employment and export revenue. Immigration South Australia has released a list of businesses that will not be approved under this visa which include restaurants, employment agencies and massage parlours. At the end of the three-year visa period, applicants who have successfully established their businesses will become eligible to apply for permanent residency.

Finally, it is worth noting that, alongside all the changes to visas and immigration that Scott Robinson’s government are expected to introduce (or have already introduced in some cases), the number of eligibility points for general skilled migration visas has recently been increased from 60 to 65. This figure is a bare minimum and is applicable as of 2019.


Have you lived in Australia? Share your experiences in the comments below, or answer the questions here to be featured in an interview!