Home » Australia » Moving » What Do The Changes To Australia’s Point-Based Visa Test Mean For You?

What Do The Changes To Australia’s Point-Based Visa Test Mean For You? 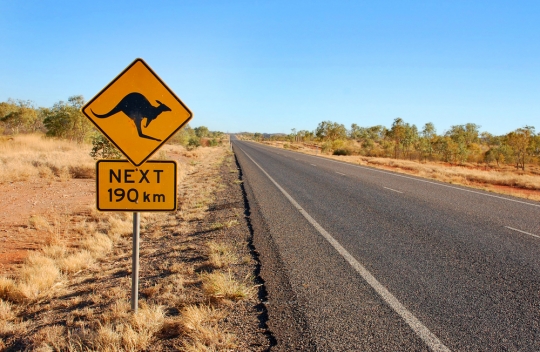 Australia increased the pass-mark for its points-based visa test this summer. The department of immigration raised the previous mark of 60 points to 65 points from the first of July 2018. While this may not seem like a big jump, it has ramifications for non-skilled workers applying for visas. Previously, some of these applications have been reliant on a five-point ‘bonus’ via sponsorship of the visa application from a territory or state government. With the rise, non-skilled workers may struggle to meet the pass mark.

How Does The Point System Work?

The test currently awards points for criteria such as age, education, work experience and level of English, plus your partner’s skills and qualifications. According to the department of immigration, the points system is “specifically designed to target migrants who have skills or outstanding abilities that will contribute to the Australian economy.” The country previously had what has been described as a ‘populate or perish’ model, which evolved in the 21st century to focus on specific areas that are thought to aid development.

“Migrants make up a much higher percentage of the Australian population than the UK, but this isn’t a controversial issue. Skilled migrants are seen as a bonus to the economy.” – Alex Reilly, associate professor at the University of Adelaide

In 2015-16, there were 190,000 permanent, capped migration places available. 128,500 places were allocated to skilled workers and 57,400 designated for family reunions, since Australian people have strong ties with their overseas kin. Net overseas migration — the net gain or loss of population through immigration and emigration — showed a loss of 168,200 in 2014-15, a fall of nearly 10 percent from 2013-14.

How Do I Get A Visa?

The two primary ways of obtaining a resident visa are via the points test itself, or with a nomination from an employer. If you don’t have the latter, you need to register with SkillSelect, the online service that helps the country manage its migration intake. Its website states that it:

“Supports the government in managing who can apply for skilled migration, when they can apply and in what numbers. As a result, the time taken to process a visa application is significantly reduced… SkillSelect also helps address regional skill shortages. SkillSelect asks intending migrants to indicate if they are willing to live and work in regional Australia. This is of particular benefit to state and territory governments attempting to settle migrants in regional Australia.”

If you’ve had a temporary work visa for two years, you’re eligible to apply for a permanent residency visa. The department of immigration varies the number and type of visas in order to fit particular requirements over time. In 2014-15, it granted 226,812 working holiday visas to non-nationals as part of a program to meet skill shortages in low-paying jobs. Currently, numbers of student applications are rising.

Immigration policy (which does not include humanitarian policies) is popular among Australian people but has not been exempt from criticism. The country’s productivity commission has suggested that the skills listed for purposes of immigration are ‘arbitrary.’ It queries the government’s ability to make predictions about shortages in the labour market. Plus, there’s a claim that employer-nominated applications result in “on average, better short and medium-term labour market outcomes than independent skilled immigrants.”

However, moving towards an employer-led model could also run the risk of driving down wages and exploiting workers.

Why Has The System Changed?

In an article from April 2018, the Guardian discussed recent polls which suggest that the Australian population believe that the rate of immigration is currently too high, while also believing that multiculturalism and diversity are of benefit to the nation:

“Forty-seven percent believed there should be fewer short-term working visas, and 46 percent were in favour of fewer permanent refugees.”

However, short-term student, working holiday and business visas were less of a concern. Former PM Tony Abbott commented to the Guardian:

“I think people are worried about current record levels of immigration. We’re adding a city the size of Adelaide to our population every five years, and I think that we should significantly scale it back… there is no doubt that high levels of immigration… are putting downward pressure on wages, upward pressure on housing prices, and they’re making our roads almost impassable.”

What About Tourist Visas?

Tourist visas appear unaffected by the recent legislation. Many of these allow multiple entry, meaning you can leave Australia and return within the time frame specified by the visa – usually three months. This means that after three months, you can leave and come back again, up to a 12-month period.

You can apply for a six-month tourist visa, which is valid for 12 months from the issue date. You will be allowed to leave and re-enter Australia as frequently as you wish during this time, but you can only stay for up to six months each visit.

What If My Application Is Refused?

The website for Australian migration suggests that if your visa is refused, you can apply for a review. You can use any one of the following.

You can also complain to the commonwealth ombudsman or the human rights and equal opportunity commission, although they cannot make the department change its decision.

Basically, while you cannot challenge a refusal by law, you can ask that your case be looked at on its individual merits through one of the tribunals above.

However, you’ll need to act quickly, as there are strict time limits on reviews, and not all cases will be eligible. Do ensure you check out the visa requirements before you travel, as you should before visiting any country for which you’ll need a visa.