Home » Australia » Moving » What Does Australia’s New DAMA Act Mean For You?

What Does Australia’s New DAMA Act Mean For You? 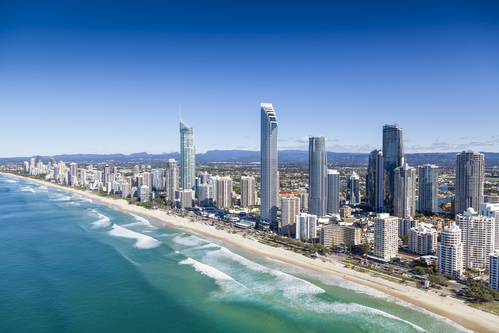 Australia has long had a strict immigration policy, with most expats applying for visas based on their special skills. Unfortunately for the country, this has so far meant that expats flock to the cities with the most opportunity and highest standard of living, settling largely in Melbourne, Sydney and Brisbane. A new class of visa, however, looks set to change all that.Announced in December, the Designated Area Migration Agreements (DAMA) are aimed at channelling new arrivals toward areas in need of a population boost. The two new visas will offer a route to permanent residency for those who are happy to move to designated parts of Australia.

The scheme applies to the Great South Coast region of Victoria and the massive expanse of the Northern Territory, allowing employers to recruit lower skilled labour than previous visa schemes would allow.

DAMA visas open the possibility of a permanent move to Australia for those who would not be otherwise eligible. While working holidays and temporary visas have long been available to immigrants with low levels of income, skills or limited English, it has been difficult for these people to make a permanent move. A pilot scheme has already been running in Northern Territory, but will now be opened up to allow applicants to earn a permanent visa to stay in Australia. 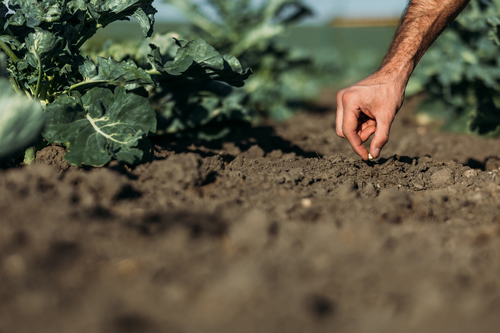 Australia needs more people to work in farming and hospitality

The new route to residency means that areas of Australia facing serious population declines or labour shortages can bring in workers with basic farm or hospitality skills.

In recent years, the Australian government has made it increasingly difficult to make the move down under, removing hundreds of jobs from the temporary skills shortage visa scheme. This new scheme is aimed at meeting the needs of specific areas of Australia who have been left behind. Minister for Immigration David Coleman told ABC.net.au, “in particular, we are looking closely at ways of filling employment gaps in regional areas.”

Although applicants for the scheme will still be classed as ‘skilled workers’, the DAMA scheme will be open to more roles than the existing skills lists. Nigel Scullion, senator for the Northern Territory, recognised the approach as being an effective solution for local businesses.

“The Territory desperately needs more workers across a range of occupations,” he told sbs.com.au. “The DAMA will assist Territory businesses who are struggling to find appropriately skilled workers domestically.”

In the Northern Territory, the previous version of DAMA helped fill positions in childcare, tourism and hospitality. The new scheme has been widened to include 117 skilled and semi-skilled occupations. In Victoria, the scheme is aimed at boosting meat processing, key agriculture areas and hospitality. Tony Herbert, City Council mayor for Warrnambool, praised the scheme as “being a pathway to possible permanent residency [which] makes this a very attractive proposition for prospective workers and for the population growth of our region.”

Previous visa schemes had required workers to earn salaries in the region of USD$39,000, counting out low-paid roles such as hairdressers and baristas. The new scheme allows for new arrivals to fulfil these lower paid roles, even if their level of English is below standards previously required.

Curiously, this deduction only knocks about 10% off the usual salary requirement, ensuring that expats may find themselves paid handsomely rewarded for their ‘low skilled’ expertise. This is intended to encourage employers to seek out cheaper, home-grown workers wherever possible.

Employers will also need to prove that they have tried to recruit Aussies into the role without success. Australia’ Deputy Immigration Minister Michaelia Cash said in a statement that the scheme was, “designed to ensure employers recruit Australians as a first priority and prioritise initiatives and strategies to facilitate the recruitment and retention of Australian workers”. Cash insisted that DAMA rules would still protect Australian jobs whilst offering help to Australian businesses.

Before a visa can be offered, expats’ applications would need to be endorsed by the state government for the Immigration Department to consider them. Consultations would also take place with local businesses, unions and community groups.

The main issue that may put budding expats off the DAMA is the requirement to live in the specified area for five years before being granted residency. These areas have already seen plenty of people moving out, so they might not be the most appealing places to live.

While the latest incarnation of DAMA has only been operating since the end of December, there are already discussions underway to open up the scheme to other areas suffering skills shortages. The Pilbara and Kalgoorlie-Boulder regions of Western Australia, Cairns in Queensland and the Orana region of New South Wales are all interested in launching their own schemes.

The number of visas granted under other regional schemes are at their lowest levels in a decade, meaning the DAMA plans are likely to prove popular with many applicants who would previously have been eligible for ‘skilled’ visas.

Online visa advisors are already touting the visas with excitement, which may be an indication of how effective they will be at getting people to a new life down under.

For expats considering the move, it’s worth investigating all options. If you are currently employed in a particular role that appears on the skills shortage lists, don’t sell yourself by short applying for a DAMA visa.

It’s unlikely that the process of applying will be any easier than any other visa you are eligible for and, as well as being tied to a low paying job, you will be stuck in an area of Australia that is unlikely to be your first choice of destination.

If, however, you know you wouldn’t be eligible for the skills shortage visas, these new schemes are an exciting opportunity that marks a step change for Australian immigration police.

Have you lived in Australia? Share your experiences via the comments below, or answer the questions here to be featured in an interview!