Home » Australia » Moving » What Does The Abolition Of Australia’s 457 Visa Mean For Expats?

What Does The Abolition Of Australia’s 457 Visa Mean For Expats? 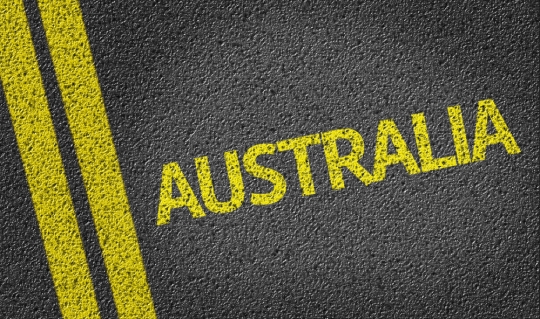 Until it was officially abolished on 18 March 2018, the 457 visa was the most common way for approved Australian employers to sponsor skilled workers from overseas to fill the critical vacancies they were unable to fill with local workers.

The Temporary Work (Skilled) 457 visa was attractive for expats because holders were able to bring eligible family members to Australia with unrestricted work and study rights. This four-year visa also provided a fast path to permanent Australian residency.However, as part of Australian government reforms to employer-sponsored skilled migration visas, the 457 visa is no more. In its place is the Subclass 482 Temporary Skill Shortage visa (TSS), which has tougher requirements and two specific categories: short and medium term. There is a third, exceptional category: labour agreement.

So what does the switch from the 457 to the 482 visa mean for expats looking to live and work in Australia?

Expats wanting to apply for a 482 visa need to make sure they (and for some of these points, their prospective employer) meet specifics including:

– An occupation on the official list, which has been narrowed down
– Minimum English language levels*
– Minimum (Australian market) salary rate requirements
– Minimum work experience requirements of at least two years in the same/similar field
– A contribution to the Skilling Australians Fund, payable in full at the time the expat is nominated.

*English requirement exemptions apply to: UK, Ireland, USA, Canada and New Zealand passport holders; expats who have studied English for at least five years; expats earning at least AUD 96,400 who are transferring with their company; those in diplomatic or consular positions.

Here’s a closer look at the requirements for the different types of TSS visa.

This is designed to fill vacancies in occupations on the government’s Short-Term Skilled Occupations List (STSOL). The visa can be held for up to two years. Unlike the 457 visa, this particular stream can be renewed only once, and does not provide a path to permanent residency. Bringing a de facto partner to Australia while you are on this visa requires a temporary entrant assessment. An International English Language Testing System (IELTS) or equivalent score of 4.5 is required in each test component.

This stream of the 482 visa can be held for up to four years, and is intended to fill ‘critical’ or ‘high value’ skills gaps as listed on the government’s Medium and Long Term Strategic Skills List (MLTSSL). Just like the short-term visa, this one can be renewed. However, expats can also apply for permanent residency after three years, subject to eligibility criteria. A minimum of IELTS 5 (or equivalent) is required in each test component.

Sponsorship and nomination costs for both visas remain the same as under the 457 visa, starting from AUD 1,150. However, application fees have gone up substantially. Applicants must be aged 45 or under. Family members who apply to accompany you can work and study in Australia for the duration of your visa. The visas must of course be employer-sponsored, and relate to full-time positions.

This formal-but-flexible ‘third’ TSS visa stream can only be used in exceptional circumstances, where the need for jobs does not suit another visa. It’s negotiated between the Australian government and the employer, and is designed to allow employers to recruit a specific number of expat workers of a certain age, English level, skills and salary point to meet crucial demand. If you read between the lines, and the employer makes a good enough case, it’s possible that some criteria of the short and medium-term visas may be waived under this category.

Expats who obtained a valid 457 visa on or before 18 April 2017 are now subject to the new 482 visa requirements. However, there are transition provisions and exemptions that make allowances for criteria such as age, occupations that have since been struck off the approved skills list and minimum employment requirements.

If you were on the 457 visa before it was abolished, you have until March 2022 to make your application for permanent Australian residency.

Following the Australian government’s initial visa reform plan announcement in 2017, there were reports of a 35 percent dip in 457 visa applications compared to the same (July-September) period the previous year.

International student expats already in Australia are probably affected the most by the tougher eligibility requirements of the 482 visa. Many had been able to attain employer-sponsored 457 visas to remain in the country after graduation. However, the two years’ prior work experience now required as well as the tightened-up skills list will make that impossible for many.

Following a substantial cull of the STSOL and MLTSSL, expats looking into a 482 visa will find the job categories across virtually all industries are more limited. However, the Australian industries hit hardest – such as hospitality, mining and technology – are actively lobbying the government to have what they see as ‘critical jobs’ added back onto the approved lists.

While the Australian government is tightening visa rules to prioritise local people for jobs, it also wants to ensure businesses can “access the best talent in the world” to help them grow and create more local jobs. Therefore, from 1 July 2018, the country will pilot a global talent visa system aimed at attracting highly-skilled international expats, such as experienced senior executives and specialised technology personnel.

Businesses must also be able to show that they already prioritise the employment of local people, and that there would be a skills transfer from the sponsored expat to the local workforce. So while the abolition of Australia’s popular 457 visa has closed off a pathway for some expats wanting to live and work in the country, it still exists for those who meet the 482 visa criteria. And if you’re highly skilled? Now is a good time to explore sponsored work opportunities that may be on offer with publicly-listed companies, and Australian tech start-ups.