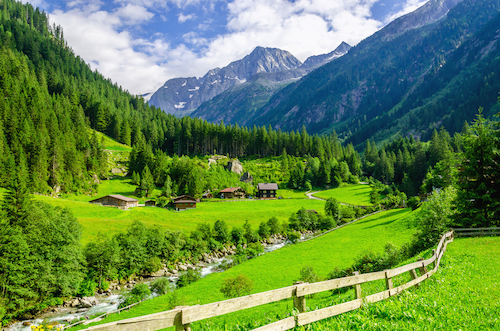 The national healthcare system in Austria was first developed and implemented in 1956, around 10 years after the introduction of the NHS in the UK, and at a similar time to many other European countries. These systems were the product of new ideas about social welfare and were the first to decree that receiving healthcare services and medical aid is a fundamental human right.When the healthcare system was first conceived, it was referred to as the Allgemeines Sozialversicherungsgesetz, also known as the “ASVG”. The new ideologies and infrastructures appearing in Europe at that time, following the end of the Second World War, were the foundation blocks for the modern healthcare systems we know today.

In 2010, the Austrian healthcare system saw massive reforms under Chancellor Werner Faymann. This was due to rising healthcare costs and difficulties with capacity. The idea of structural reform was not entertained due to intricate complexities, but the key outcome focused on introducing a budget cap for healthcare expenditure.

The Austrian healthcare system is regarded as one of the best in the world, and consistently tops the long list of reasons why so many expats move to this beautiful country. Let’s take a deeper look…

The Healthcare System In Austria: Structure

The structure of the healthcare system in Austria is typical of healthcare throughout most of Europe. However, it is rather different from the systems in the USA, Canada, and Australia, where privatised medical care means that a health insurance policy is mandatory – and that those who fall on hard times or bring in a low income may slip through the gaps and suffer the consequences.

The US in particular is infamous for the astronomical costs of its medical care. It is not uncommon for American people to have to sell their homes and spend their life savings to receive necessary treatment for serious conditions. The situation is similar for prescription medication, with many choosing to go without simply because of the substantial cost. Even medication for diabetes is not subsidised, and this is quite literally a life and death situation for many.

The structure and eligibility of the Austrian healthcare system are designed so that a guaranteed 99% of the population will receive full medical and healthcare coverage. This is a ‘two-tier’ health care system in which all individuals receive publicly funded care. However, a key difference to some other European healthcare systems is that the individual also has the option to purchase supplementary private health insurance. 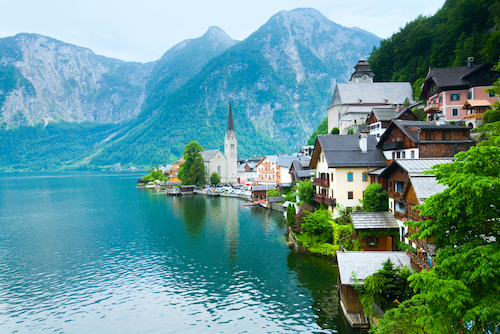 There are different types of healthcare available in Austria

Care involving private insurance plans (sometimes referred to as ‘comfort class’ care) can include more flexible visiting hours as well as private rooms and doctors. This means that some individuals choose to pay entirely for their medical care privately.

In the UK, for example, the healthcare system is rigidly split between public and private – there is no partial subsidisation or partnership, as they are entirely separate entities. Those paying for private medical care (the majority of which do not due to the higher costs) are attended to in privately-owned facilities. There is no other option within the public NHS system, no way to pay for any sort of expedition, and waiting lists for surgeries can be lengthy, to say the least.

The Healthcare System In Austria: For Students And Other EU Members

Healthcare in Austria covers all residents regardless of employment status, social standing, profession and so on. This eligibility is also extended to all other EU member countries by way of the European Health Insurance Card (EHIC). However, due to the current situation between Great Britain and the EU, British nationals should be prepared for changes in their ability to use their EHIC.

Self-insured students (that is, those from other countries or those who for some reason are not covered under a health insurance scheme in their own country) are required to pay an insurance fee of €52.68 per month.

Austria’s healthcare system was placed at ninth place internationally by the World Health Organization (WHO) in the early/mid-2000s and had risen to fifth by 2017. WHO also states that Austrian people have a higher than average life expectancy compared to the rest of Europe and that the country spends a higher than average amount on its healthcare. The defining factors of the healthcare system were shown to be promising.

Speaking about the effectiveness of the Austrian Healthcare system, WHO stated: “Amenable mortality rates are lower than in many other EU countries, indicating good performance of the health care system in treating people requiring acute care”. The full report can be found here.

The report also stated that “access to healthcare in Austria is good, with very few households reporting unmet needs for medical care and little variation between income groups.” Interestingly, Austria also has the second-highest number of physicians in the EU.

In addition to the above, a 2016 InterNations Insider Survey showed that expats themselves ranked Austria’s healthcare as one of the best in the world. You can see the survey here.