Located pretty much in the centre of Europe, with the Czech Republic, Germany, Switzerland, Liechtenstein, Slovenia, Italy, Hungary and Slovakia around it, Austria is one of the most popular destinations on the continent for both tourists and expats. The country has a high per capita GDP, a high standard of living, and is home to many of Europe’s cultural and business hubs, both in terms of its history and current developments.Austria is a landlocked country and is mostly mountainous, with the Alps covering almost 75 per cent of its terrain. As a result, even though it lies within the temperate zone, most of the country enjoys what’s called the Alpine climate – it’s fairly cool, and the higher you go the colder it gets, with more snow and wind. In these parts of the country, the summers are usually warm but short, and the winters are long and cold, with temperatures below freezing for a considerable part of the season.

With this combination of terrain and weather, winter sports have naturally turned into a major attraction in Austria, both for the local residents and for the tourists. A large number of winter activities in the country revolve around the mountains and snow, both of which are hard to escape. There are of course several other things to do, for those who can only take so much of the cold, but if there’s one place to enjoy a snowy winter, it’s Austria. Here are ten of our recommendations. 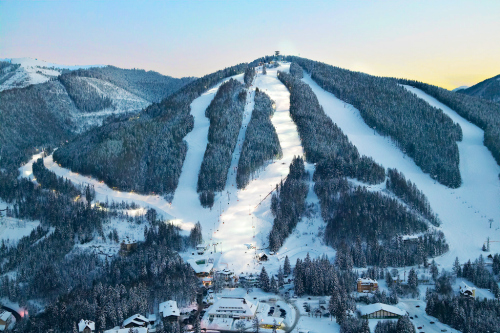 If you have access to the Alps, then of course you must ski, at least a little bit. The skiing itself requires some skill and can be fairly challenging; moreover, tramping up a snowy mountain is a bit of a chore for most people. However, once you’ve got the basics right, gliding along on skis is a fantastic experience. The entire country is dotted with ski resorts that are relatively easily accessible, so you won’t have to go far. Some places are more suited to beginners than others, while others mainly attract experienced skiers looking for a challenge.

Most ski resorts also offer other attractions and entertainment, since most people don’t want to spend all their time skiing. Schareck is one of the most popular and also easily accessible skiing locations in Austria, but there are plenty more, including Kitzbühel, Innsbruck, Schruns, and Gargellen. There’s also Sölden, which has been a popular skiing and tourist destination for a long time, but which now has the additional glamour of having been one of the shooting locations for the 2015 James Bond film ‘Spectre’. 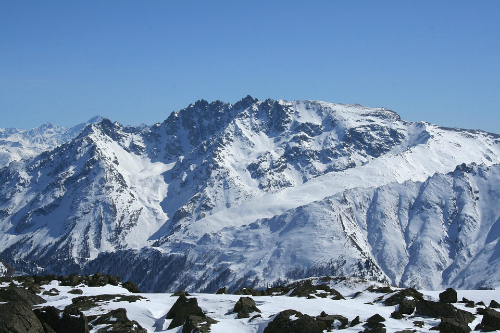 For many people, skiing and other winter sports aren’t really the problem as much as the crowds that you find at every ski resort and slope. If you enjoy the mountains and the snow but hate the crowds, perhaps a better way to enjoy your time there is to hike. Austria has hundreds, perhaps even thousands, of hiking trails all through its mountains, and accessing them is as easy as getting to a ski resort. However, the hiking trails tend to be a lot more peaceful than the ski slopes, allowing you to enjoy the scenery, the air, the solitude, and the physical exertion. Just make sure you’re dressed appropriately for winter hiking, and that you have the right footwear in particular. For snowy mountainsides, snowshoe hiking is recommended – you could hike up in snowshoes, and glide back down on a toboggan.

When it comes to hiking, you can simply take off on your own or, if you find something that interests you, join a themed and guided hike. For example, there are nature hikes with park rangers as guides; mountain hut hikes, where you stop at huts along the way and enjoy some delicious traditional cuisine and a warm drink; and even a yodeling hike, where you can learn this unique tradition of alpine communication while you make your way across the mountains. 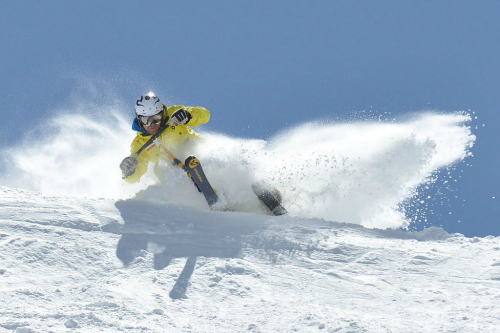 If skiing and hiking sound like too much physical exertion for you, don’t worry. You can still enjoy the Austrian Alps and the snow – just try snow-biking instead. This is different from cycling in the snow and takes far less effort. Snow bikes are hybrid, cycle-like contraptions used for skiing, and although they’re particularly useful for people whose joints don’t allow them to ski, they’re great for people of almost any age and ability. Once you get the hang of using one, it’s about as easy as cycling, and arguably a lot more fun.

Snow-biking is an extremely relaxed, easy way to get around on the snow, but be warned that once you’re comfortable with it, you’re likely going to be very tempted to push the limits and race around madly. It takes a certain amount of effort to maneuver your bike, and although it’s certainly easier than skiing or hiking, snow-biking can be more tiring than it seems. 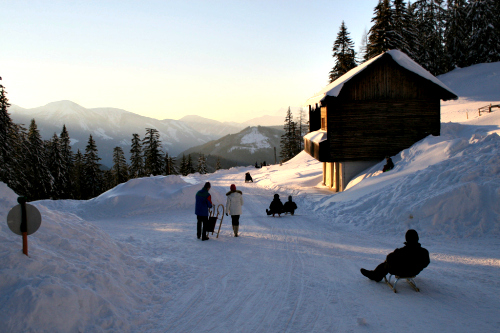 We could probably have filled this entire list with winter sports, because there are just so many of them and they’re all such great fun – cycling in the snow (with special, fat-tired bikes), sledding, snow-shoeing, snowboarding, curling, snow-tubing, bobsleigh riding, and probably a few more. However, we’ll give you one last recommendation before we move past the winter sports – tobogganing. It’s often seen as something for the kids to do, but tobogganing is actually great fun for everyone. Part of what’s great about it is that it’s huge amounts of fun while requiring pretty much no skill at all.

There are plenty of toboggan trails around Austria, including those at the ski resorts, and several that are lit at night, making the ride particularly beautiful. One last tip: the weather in the mountains is unpredictable, so whenever you’re out, make sure you’ve checked the forecast and are prepared for bad weather. 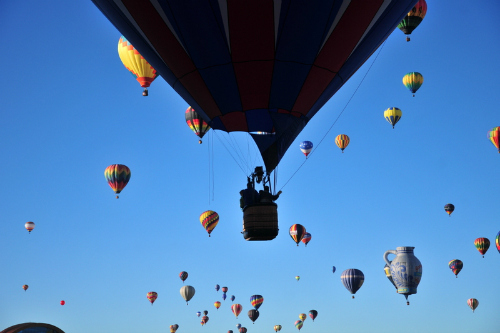 There are several places in the world where hot air balloon rides have become a popular tourist attraction, but for a variety of reasons to do with the landscape, temperature, sunlight, and wind patterns, the Alps in the winter are probably the best location to do this. Looking down at the snow-covered slopes while floating in a basket in a clear blue sky is an incredible, unforgettable experience. Hot air balloons also offer a great vantage point from which to view more mundane things, such as cities – although Austria’s cities are usually anything but mundane. In any case, you can get a great look at Salzburg and Vienna from a hot air balloon, and rides are probably available in and around a few other cities and towns too.

These rides can be quite expensive, especially when you add the cost of transport and accommodation to that of the ride itself; however, if you can afford it and if you can find a ride reasonably near to you, we highly recommend trying it out. 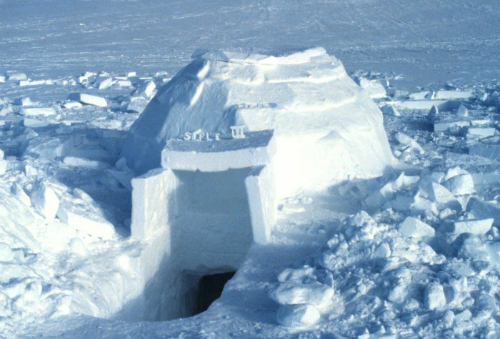 For anyone who hasn’t grown up with them, the childhood fascination with igloos has never really gone away. After all, they’re intriguing, fascinating structures, in both the way they look and how they work. A house made of snow, and yet it keeps you warm? How can that be possible? Even if you understand the physics and mechanics of it, it can be unbelievable until you experience it for yourself. And if you’re living in Austria, you have a great opportunity to do so. Austria has a number of “igloo villages”, and at several of them, you can actually learn how to build an igloo and then live in it for a few days while you marvel at how warm, dry, and comfortable it is. 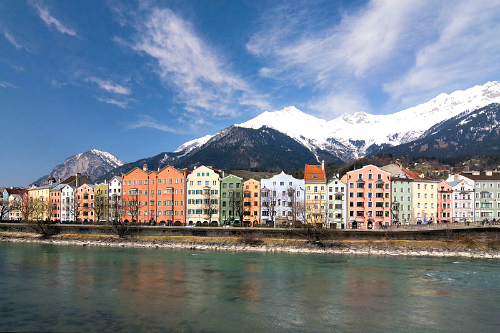 You can of course visit Austria’s great cities at any time of the year, and in some ways, spring and summer are the best times to do so. However, there’s an unmatchable beauty and magic to Austria’s cities when they’re blanketed with snow. You can visit Graz, which is the second-largest city in the country and a beautiful university town with one of the best-preserved city centers on the continent.

Linz in the north, Innsbruck in the west, and Klagenfurt in the south are more Austrian cities worth visiting. And if you’ve had enough snow, you can instead get away by heading out to the east or to the plains, where the weather is warmer. Bregenz and Feldkirch are two particularly beautiful cities in the easternmost state of Vorarlberg, where the temperature rarely goes below zero in the winter. 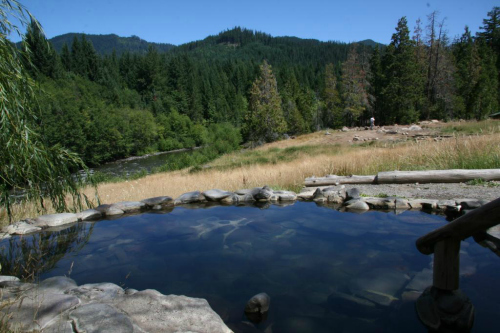 If you’ve had your fill of freezing at ski resorts, you may want to visit a spa resort instead. Austria has a number of former volcanic zones, where water gets naturally heated underground and then gushes forth from hot springs. There are many large, famous resorts that you can try, but we recommend looking for smaller towns that are less famous but have their own hot springs. These tend to be less crowded and also less expensive.

Of course some of these thermal springs have not yet even begun to be developed into resorts and spas – which may be perfect for some people but not for others. After all, the larger resorts do have their benefits, which include easy access, a variety of health and recreational facilities, beautifully landscaped properties and pools, and almost always a spectacular view. It’s also easier to get information on a thermal spring if it’s part of a proper resort. You’ll be able to find out details such as water temperature, mineral content, and facilities provided. However, all of this comes at a price, which can often be pretty steep. Starting around the middle of November and lasting until a little after Christmas, practically every city and town in Austria has its own Christmas market. Some places have several – Vienna, for example, has between 25 and 30 Christmas markets, and Graz has more than 10. The markets are always beautiful and charming, and help get into the spirit of the season. Often, the location of a market itself is stunning, as is the case with the Viennese Christmas Market in front of City Hall; the Old Town Christmas Market in front of Innsbruck’s Goldenes Dachl (Golden Roof); and the main Christmas market in Salzburg, in the cathedral square.

It’s a delightful and warm feeling to wander around a cheerfully lit up and decorated market, listening to Christmas carols, sipping on mulled wine or punch, eating a freshly made doughnut or other traditional treat, and looking at the Christmas ornaments, souvenirs and handicrafts on display. 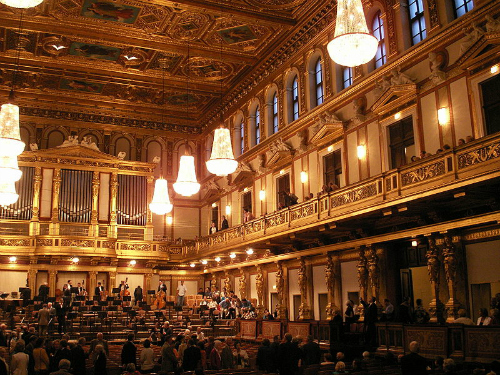 Austria is home to some of the most important people and places in the history of western music, and it still remains a very vibrant place in terms of contemporary musical culture. Summer is the main season for music, especially festivals; however, it’s not like the country goes completely silent in the winter. Concerts big and small continue to take place, including some lovely Christmas ones. There’s the Tyrolean Winter Festival, which begins a few days before Christmas and continues for roughly a week into the new year, and presents some fantastic concerts in a stunning setting.

What do you like to do in Austria in the winter? Let us know in the comments!