What Might Austria’s Labour Shortage Mean For Potential Expats? 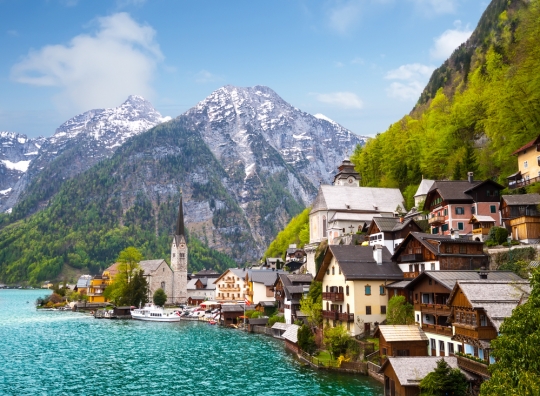 According to the most recent survey conducted by the Austrian Economic Chamber, a skilled labour shortage is hitting almost 90 percent of Austrian companies. This increases the workload for business owners and current staff, compromises the quality of service and decreases customer satisfaction. The situation has the potential for a decline in the economic success of Austrian companies in general, leading to decreases in sales and increases in costs.Austrian companies are attempting to address the skilled labour shortage by doing the following:

The skilled labour shortage has been getting progressively worse since 2015 in almost all economic sectors. There are two main factors that affect this issue:

• The decrease or stagnation in numbers of job entrants (young people entering employment).
• The increase in people leaving the labour market (retirements).

In 2018, the skilled labour shortage could be felt in almost all parts of the Austrian economy. The shortage is felt particularly intensely by the medium-sized companies, the tourism industry, in artisanal/technical fields and in the whole west of Austria. Some 59 percent of current vacancies for skilled labour have not been filled for longer than six months. In comparison to previous years, there is a clear decrease in the number of job applications from quality candidates. There is also a significant increase in the duration and amount of money spent on searching for staff. If this is broken down by occupational groups, artisanal occupations (the crafts) (45 percent) are having the most difficulties finding the staff required. They are followed by technicians outside the IT area (21 percent) and staff for the hotel, restaurant and catering sector (19 percent). It is estimated that there is a demand for around 162,000 skilled workers in the country, according to the Austrian Economic Chamber’s survey.

Apprenticeship diplomas are currently in demand. A total of 60 percent of the companies with a clear skilled labour shortage admitted to encountering difficulties last year in their search for staff with apprenticeship diplomas. This is in comparison to only nine percent when searching for graduates from universities of applied sciences and six percent in case of university graduates. The situation has become even more dire in recent years due to the decline in the number of apprentices. Austrian companies are ready, willing and able to provide the required training for the right people. Close to half of all the companies participating in the survey (38 percent stating this was a clear choice, another 22 percent saying perhaps) would train a larger number of apprentices if they found sufficiently qualified and interested young people for their jobs. Among those companies who can provide apprentice training, as many as 46 percent definitely wanted to train more new starters, while 27 percent answered that perhaps they would want to do this.

According to the survey, the effects of the skilled labour shortage mainly have an impact, due to an additional workload, on the companies’ bosses and their family members (86 percent). Additional impacts are also felt by the current staff members, who must make up for inadequate staffing by taking on a greater workload (84 percent) and working more overtime (70 percent). Around 60 percent of the companies who experienced the lack of skilled labour last year also reported a dip in the sales figures, such as turndown or cancellation of orders due to the increased turnaround time, less budget for marketing, less time and fewer employees who are able to acquire new orders/customers and so on. At the same time, the amount of money spent on searching for staff and paid out in salaries as well as for providing qualifications/continuing education and training has increased dramatically.

This also means that as a result of the skilled labour shortage, fewer qualified applicants are often recruited in order to fill the void. This in turn affects the quality of the end product or service provided and restricts the possibilities of innovation and the development of new products. Subsequently, apprenticeship training has deteriorated considerably, which in turn leads to higher costs in the medium and long term as the number of complaints and dissatisfied customers continues to rise.

Some 82 percent of Austrian companies are expecting the skilled labour shortage to get a lot worse in their sector in the next three years, while 58 percent even expect a strong increase in the problem. The decline in the number of apprentices, which is already a longer-term problem, and the impending retirement of the baby boom generation (the workforce born between 1955 and 1969) are factors which may confirm that this assumption is correct.

As there seems to be a distinct lack of an internal solution present at this moment in time, the companies in Austria are prepared to look outside the country to fill the vacancies and entice the right candidates. Taking into account that most of companies surveyed are advocating for a simpler process for employing migrants, there is a potential for a new wave of immigrants to ascend into Austria in the foreseeable future.

Have you lived in Austria? Share your experiences in the comments below, or answer the questions here to be featured in an interview!