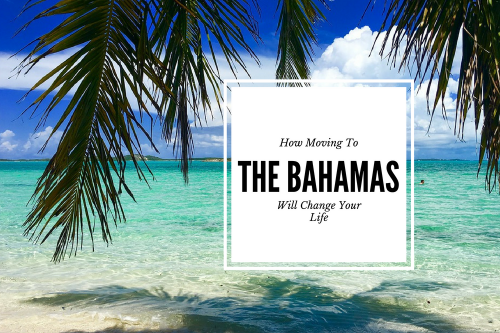 The Bahamas caters to a wide range of people wanting to make the islands their home. The population ranges from world travelers and retirees to the rich and glamorous. The Bahamas has a sizeable expat community with people from different walks of life, professions and economic levels. Doctors, bankers and teachers have all settled down on the islands. Some live here on short contracts or assignments, while others settle down permanently. Many of the sectors on the island also regularly recruit foreigners.The Bahamas is a Caribbean archipelago located just off the coast of Florida that has a long history of colonization. The country became independent from the United Kingdom in 1973, but the remnants of British settlement are apparent even today. The Bahamas has a population of approximately 319,000, and the most popular places among expats are New Providence, Abaco and Grand Bahama. Of its 700 islands, only 29 are inhabited. Almost 70 percent of inhabitants live on New Providence Island. The Bahamas is a nature lover’s paradise as it is home to almost 2000 coral reefs, spanning the distance from the southeast coast of Florida to the northwest of Hispaniola. The Bahamas has one of the most pleasing climates in the world. Although for the most part expats can enjoy the tropical marine climate on the islands, the Bahamas is sometimes prone to rough weather conditions such as tropical storms and hurricanes.

Expats will require a visitors’ visa if they are going to the Bahamas for a first visit, or for employment purposes such as negotiating a work contract. This can be obtained by contacting the closest Bahamian embassy where you will be notified about the paperwork you need to submit. Expats who will be working in the Bahamas will need to obtain a long-term work permit. A work permit is given to only those who have an employment contract. To apply for a work permit, expats will need a statement by their future employer about their application, position and period of employment. Expats who want to become permanent residents of the Bahamas must fulfill certain qualifications such as purchasing a residence in the Bahamas or legally working or living in the Bahamas for a minimum of 20 years. Permanent residence is valid for a lifetime and those holding permanent residency can work and live in the country for as long as they wish.

While the great weather is one of the reasons why people move to the Bahamas, it is not the only one. Expats in the Bahamas will find that the country has an advanced healthcare system with several well-equipped medical facilities and well-trained staff. Expats with children will be happy to discover that the Bahamas takes education very seriously, and the language of instruction is English. For this reason, it is easy for children to integrate into the local school system. For those who prefer to send their children to international schools, there are a number of such schools in the country, especially in the capital city of Nassau. The archipelago also provides expats with a relaxed lifestyle due to its many pristine beaches. There are loads of outdoor activities to engage in, such as diving and sailing. Cricket is also popular in the country and locals gather to watch the matches from March to November, the cricket season. Expats will be exposed to Bahamian music and culture, which bear the influence of African customs as well as European colonialism. For all these reasons, moving to the Bahamas can be a life-changing experience. Here’s a closer look at these and other reasons why moving to the Bahamas may just change your life.

A sense of community is an important aspect for many expats. Everyone who moves to a different country likes to feel a sense of belonging. The Bahamas has a significant expat community that serves as a support system for new expats. The locals too are friendly and welcoming.

The stunning turquoise beaches of the Bahamas are breathtaking. Beach gatherings, boat trips, snorkeling and surfing are all going to become a part of your life as you live the Bahamas lifestyle. There are miles and miles of beautiful, empty beaches, and from the islands, you can view the ocean from every vantage point.

For expats working in the Bahamas or those who need to get around the island, the commute is short due to very little traffic on the streets. The commute is also scenic because of the vast natural landscape. People have busy jobs here too, but the convenience levels are high and the pace of things is far less demanding than in the home countries of many expats.

Living in the Bahamas will expose you to the practice of self-expression, which is a part of every Bahamian. Bahamians love to express themselves through art, music and dance. There is also a sense of pride for their culture. Music is an integral part of Bahamian culture. Across the islands, you are likely to hear music such as African rhythms, Caribbean calypso and goombay music, which is a traditional form of music unique to the Bahamas. Goombay is practiced through storytelling and dance; the music itself is created by beating on a goatskin drum. Due to the European colonial influences, the Bahamians also have many English folk songs.

Living in the Bahamas will acquaint you with traditional Bahamian cuisine, which has a unique flavor. The staple of the Bahamian diet is seafood. Some of the local delicacies include fresh conch, land crabs and rock lobster. Boiled fish served with grits is a local delicacy. A common accompaniment to most dishes is pigeon peas and rice with tomatoes, onions and spices. When in the Bahamas, the perfect way to wash down a delicious meal is beers such as Kalik and Sands, the Bahamian brands of beer. Another local favorite is something called ‘sky juice’, which is coconut water combined with gin and sweet milk. Expats must also try Switcher or Switcha, a Bahamian cuisine beverage made with native limes, water and sugar.

The vibrant, colorful parade called Junkanoo is a part of Bahamian culture. It is the largest cultural event in the Bahamas and takes place on Boxing Day (26th December) and New Year’s Day. This street parade includes music, dance and colorful costumes. The largest parade takes place in the capital of New Providence. The Junkanoo parade has costumed Bahamians dancing to the music of cowbells, drums, horns and whistles. The belief is that Junkanoo was named after an African tribal chief and local folk hero, John Canoe.

For hundreds of years, Bahamians have made use of indigenous plants for medicinal purposes through a tradition known as ‘bush medicine’. African slaves brought this tradition to the islands and it soon became considerably important in places where doctors were unavailable. There are hundreds of plants in the Bahamas, many of which are said to help in curing ailments such as colds, headaches and indigestion. As with most herbal and traditional medicines, the efficacy of these treatments may be merely symptomatic and is also largely anecdotal; however, some Bahamian herbal remedies are being researched by scientists in order to better understand them, identify the active ingredients, and calibrate dosage more precisely. In the meantime, at least for minor ailments, you can try some of the plants that are part of bush medicine, including aloe vera, fig leaf, sailors’ flower, white sage and crab bush.

The Bahamans’ health standards have improved significantly over the years. There have been new hospitals and healthcare facilities opening up in places like Nassau and Grand Bahama. These facilities are known to provide healthcare of a high quality. The government is also increasingly investing in the local health sector and there has been employment of highly qualified doctors and trained medical staff. This has led to an improvement in the overall health of residents in the Bahamas. On account of vaccination and immunization against health conditions such as diphtheria and measles, the death rate among children has reduced. To further improve the health standards of the country and to increase life expectancy, the government has put into effect a variety of initiatives such as healthy lifestyle initiatives, which are aimed at decreasing illness and disability. These initiatives are mainly focused on chronic diseases such as diabetes, hypertension, cardiovascular diseases and cancer. There is also an initiative to raise awareness about immunization of adults living on the island, which can help reduce vaccine-preventable illnesses such as hepatitis B, tetanus, yellow fever and influenza.

The healthcare standards in the Bahamas are considered to be excellent. The medical staff is qualified and highly-trained and the healthcare facilities are well-equipped. The quality of both general, and specialist medical care provided by the national healthcare system adhere to high standards. The government funds the healthcare system. Civil servants, pregnant women, children and individuals of 60 years and above can avail of free primary healthcare. Public healthcare services are also free. Many of the doctors in the Bahamas are trained abroad. There are three government hospitals in the Bahamas and two private hospitals. There are also 55 health centers, nine of which are on the island of New Providence. New Providence is also home to two of the government hospitals. The health clinics on the smaller Bahamian islands are open on only a few days of the week. Since the population on the smaller islands is relatively small, some of the islands have constituted their own emergency service to provide treatment and also to shift patients to the nearest hospital.

The Bahamas serves as a tax haven since it does not have capital gains tax, inheritance tax, personal tax or gift tax. It is one of the most preferred tax havens for residents of the United States and also of European countries. Business people flock to the islands as it provides offshore banking and registration of offshore companies. Offshore companies or people with offshore bank accounts have no tax liability at all for income earned outside of the jurisdiction. The Bahamas was among the first Caribbean countries to adopt stringent banking secrecy laws.

The flora and fauna-rich Bahamas enables you to explore the different islands on different parts of the archipelago. Tourism is the main source of income on the bigger islands. But the smaller family islands are more secluded and allow expat residents the opportunity to experience the laid back lifestyle away from the crowds.

The majority of the population of the Bahamas lives on New Providence Island, which is also home to Nassau, the capital of the country. Nassau serves as the seat of the government and is also an important commercial center. The city today is a cosmopolitan destination, but it still retains its colonial character, especially in the old town. Nassau is also the headquarters of the Bahamas’ thriving industries such as tourism and international banking. Just a bridge away from New Providence is the stunning Paradise Island, which has some of the best beaches in the world and is also full of swanky hotels, golf courses and casinos. Paradise Island serves as an ideal and luxurious, getaway for the rich.

The twin cities of Freeport and Lucaya are situated on the water’s edge of the island of Grand Bahama. The region around these cities has many hotels, casinos and watersports facilities. There are a few secluded beaches and hideaways too on the Grand Bahaman Island. This is also the abode of one of the world’s oldest underwater cave systems. At the Lucayan National Park, divers can explore more of this natural wonder.

Those who want to get away from the hustle and bustle of daily life will find the family islands to be a haven. Only about 15 percent of the overall population lives here, and they are mostly farmers and fishers who live on islands such as Eleuthera and Abacos. Tourists and travellers don’t really visit here much. Even though these islands have a low population, there are small airports, schools and healthcare facilities here.