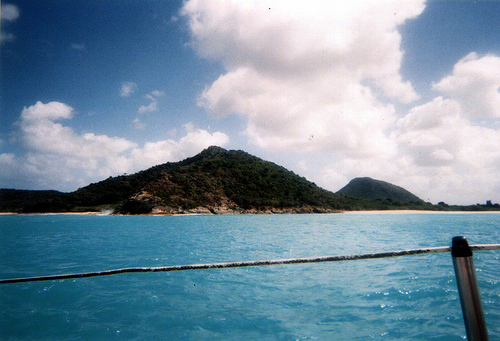 The Caribbean is a small region near the Gulf of Mexico, situated roughly between the North and South American mainland. This area of less than 250,000 square kilometers contains around 30 different countries and territories, made up of over 700 islands, reefs, and other land formations. Naturally, this makes for an incredible variety in terms of politics, race, geography, religion, and culture. The music of the Caribbean, being influenced by all these factors, is also astonishingly varied.Each country or territory in the Caribbean has its own traditional styles of music, and although there is some overlap, there are certainly at least twice as many traditional musical styles as there are countries and territories. It would take an entire directory to list all the important artists in each musical style or geographic region of the Caribbean, so what we’ll do here is simply pick a handful – this isn’t a completely representative list, but merely a starting point for the expat who wants to dip a toe or two into the vast ocean of traditional Caribbean music.

We asked Craig Bellot from Nu Music Zone why it’s important for expats to get to know local music.

“Local Music gives you a heart to heart feeling of the minds of the locals.Through the lyrics of song you can really understand the drives and motivations as well as the struggles of a country.”

Here are a few Caribbean artists you should know.

More popularly known as ‘Blind Blake’, Higgs was a singer and banjo-player from the Bahamas, and a fixture at Nassau’s Royal Victoria Hotel, where he regularly performed for most of his life. Blind Blake was not only the most famous and influential musician in the goombay and calypso styles, he was also said to be one of the main tourist attractions in the Bahamas. However, in spite of this, he has never been particularly well known in the rest of the world, except through versions of his songs recorded by more famous international artists, including Pete Seeger and the Beach Boys.

Norman Byfield Thomas, better known as Lord Flea, was one of the most influential musicians in the mento and calypso genres of music, and a major contributor to its popularity in the United States and consequently across the world. Unfortunately, most listeners only got the sanitized version of the music produced by American imitators; if you want authenticity, give Lord Flea a listen.

This Guadeloupe-based band is one of our more contemporary picks, and their repertoire extends well beyond traditional Caribbean music, into jazz, pop, and reggae territory. Their modern, polished take on traditional music may be a good starting point for people who are completely new to these styles. Getting hold of their music will also probably be a lot easier than that of some of the other artists listed here. Kassav’ are hugely popular across the Caribbean and even internationally. They have collaborated with major international artists like Stevie Wonder, and they also regularly play across the world – which means you might even get the chance to see them live.

Bennett-Coverley was a remarkable woman – not only a musician, but a poet, writer, teacher, actor, and folklorist, and hugely influential in almost all of these roles. Her work has touched millions of people all over the world even though most of them don’t know it – through Belafonte’s recording of the ‘Banana Boat Song’, which was based on Bennett-Coverley’s recording of a traditional Jamaican song.

Chaitoe was a singer and harmonium-player, and legend has it that he started his career as a musician while in prison. He played a style known as ‘chutney music’, an Indo-Caribbean fusion created by descendents of Indian laborers who were taken to the Caribbean by the British. Chaitoe was probably the most influential of the early chutney musicians, and probably also the first to release an album of this music.

Guerra is another contemporary musician, this time of Dominican origin, and again, like most modern musicians, has his feet in multiple genres. He’s also the most popular and commercially successful artist on this list. Guerra is definitely more accessible to an international audience than some of the other artists listed here, but his music is a soulful synthesis of both Caribbean and international styles, with a great deal of thematic and emotional depth and variety.

And a few other suggestions from Craig:

For an introduction to soca, try Machel Montano.

For an introduction to bouyon, listen to WCK and Triple Kay

For a taste of Caribbean dancehall, check out Vybz Kartel

Do you listen to Caribbean music? Who are your favourite artists?