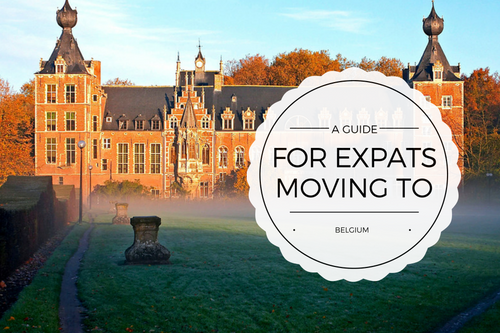 There’s also a lot of culture, history and art in Belgium so there is always something to do, with lots of festivals, theatres and museums. Let’s not forget the country is also renowned for its chocolate and beer.

While English is widely spoken, expats need to appreciate that there are two official languages; Dutch is spoken by 60% of the population while 40% speak French. German is also spoken by a small minority of people who are located on the German border.It is generally expected that everyone in Belgium can speak at least one other language.

Expats from a fellow European Union country are free to take up a job opportunity within Belgium and will need a valid passport or their identity card, while non-EU citizens will require a visa for a visit of longer than 90 days.

Non-EU nationals also have to provide a certificate of good conduct that covers the last five years as well as a medical certificate. Their application for a visa must be made more than three months before they want to arrive in the country.

If the expat is offered a job by an employer, then the employer will secure a work permit from a relevant regional employment authority. Belgium also has a minimum salary requirement for a work permit to be granted and the employer must confirm before a work permit is issued that they have tried to recruit a national before employing a foreigner.

So, while there are lots of employment opportunities in Belgium, most expats will struggle to find work unless they have the specialist skills and qualifications which Belgium wants.

Everyone moving to the country will also need to provide evidence that they have adequate health insurance and can prove that they can maintain themselves effectively without having to rely on Belgium’s social services.

Another issue that may come as a surprise to expats is the cost of renting a property while they live in Belgium but the prices do vary between regions; cost also varies on whether the house is furnished or not and for expats planning to stay for several years, it might be worthwhile considering buying a property.

However, the rental market is heavily regulated and rents are set for the duration of a lease. These can last either three or nine years – with the latter offering a more flexible proposal.

Expats taking their children to Belgium will find a lot of international schools, with most of them located in Brussels and Antwerp.

The schools generally follow British and US educational systems; these tend to be expensive so will appeal to expats who have school fees paid as part of their employer’s relocation package.

As mentioned previously, the two official languages spoken in Belgium means there are two very distinct cultural groups; the Dutch-speaking Flemings are located in Flanders, which is in the north of the country, and they account for 55% of Belgium’s population.

In the south, there are the French-speaking Walloons who make up 33% of the population. Expats will find it easier in their daily life if they can speak at least some French and possibly some Dutch.

So, while there is a lot of cultural activity going on in many Belgian towns and cities, expats should appreciate that Belgians have a very strong family system and tend not to live far away from the town they were born or raised in and see a lot of their families.

The social etiquette in Belgium is fairly straightforward. Shaking hands upon meeting someone is the most common form of greeting.

It’s considered to be something of a cultural faux pas to ask a Belgian personal questions about their private life, and expats should also avoid discussing the linguistic divisions within the country.

It is also considered unnecessary to be loud or noisy in public and to flaunt wealth.

When attending business meetings, expats will find the process is formal, and the meetings themselves are focused and well-structured. Belgians also appreciate punctuality and formal greetings. If there are a variety of language speakers attending the meeting, the consensus is often to switch to English since everyone will usually speak it.

Going to restaurants is a popular activity and for such a small country there are a lot of different cuisines to choose from, mainly influenced by the surrounding countries.

However, there’s also a wide variety of non-European restaurants to choose from, and some excellent French restaurants are available. Seafood is a popular choice while in the south of the country expats will get to enjoy fish and game.

In addition to having a varied and interesting eating culture, Belgium also has one of the best beer cultures of any country and there are a lot of wines available too.

There are lots of different beers to choose from, including white beer. The legal age for anyone to drink in Belgium is 16 for beer and wine and 18 for spirits.

Expats will also find that tax rates Belgium are high and will generally account for more than half of their monthly salary, with the deductions being taken in the form of social security contributions and tax.

For many things, the cost of living in Belgium is comparatively high compared to its neighbouring states though by living carefully, most expats will find that transport, rent and as eating out can be done on a reasonable budget.

One reason for the high taxation is that Belgium offers one of Europe’s best healthcare systems and contributions for the state scheme are automatically deducted from salaries, with any medical expenses being reimbursed at around three quarters of the original cost.

Upon starting a job, expats will need to join a private healthcare insurance scheme or join the state insurance system. A good number of doctors speak English in Belgium.

There’s a lot to recommend Belgium as a place to live and work for expats and while it doesn’t do well in various expat surveys, the country has a lot to offer.

For instance, the HSBC Expat Explorer survey revealed that expats living there rated Belgium in 30th place overall, but it did rate highly for job security and career progression.

When it came to the expat experience, Belgium was ranked in 29th place overall but for quality of life it was rated in 18th place.

Belgium offers expats a variety of well-paid and rewarding jobs in a culturally diverse and interesting country.