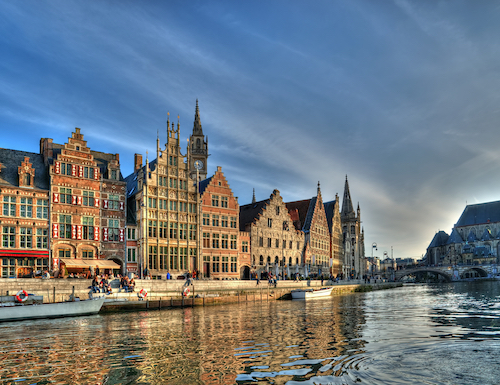 If you are an EU citizen then you can work in Belgium without a visa or work permit. Citizens of Switzerland, Norway, Liechtenstein or Iceland do not need work permits but they will need to register if they stay for more than 90 days. Citizens from any other country will need a long-term visa and a work permit. All self-employed foreign nationals must have a professional card allowing them to practice for up to five years.Belgium is a federation of three different regions with three official languages: Flanders in the north (speaking Dutch), Brussels (official languages Dutch and French, but most people just speak French), and Wallonia in the south (speaking French). German is spoken in the south-east. There is one law covering the entire country, but requirements and procedures can be different from region to region.

All permanent residents must pay income tax. You will also be required to register with the social security system.

Belgium has low unemployment but also a large demand for skilled workers in a diverse range of sectors. The government has a website for ‘bottleneck professions’ – areas where skilled workers are in demand. 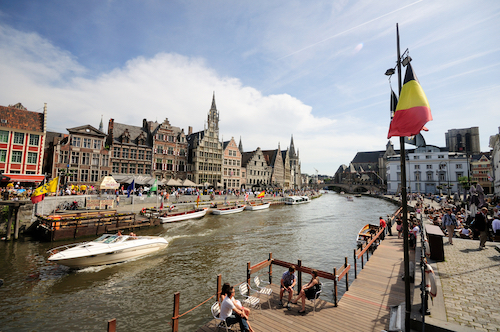 Most jobs will require you to speak French or Dutch

Ninety percent of job listings will require either French or Dutch. English is widely spoken, but if you don’t have a conversational grasp of at least one of the official languages then your best bets are a job in an international company, the IT sector, or an employer with a lot of international engagement. Brussels has a lot of opportunities for English speakers with NATO or EU institutions.

The legal working week is 38 hours with a maximum of 8 hours per day, but the system is flexible to allow for overtime and other eventualities, with appropriate remuneration. Generally speaking, night work and work on Sundays is prohibited. Holiday entitlement is proportionate to the number of months (for white collar workers) or days (for blue collar workers) worked in the previous year. Either way, a complete year of service will earn four working weeks of paid leave.

There are 10 national public holidays, and all federal public services are closed on 2 November (All Souls’ Day), 15 November (King’s Feast) and 26 December. 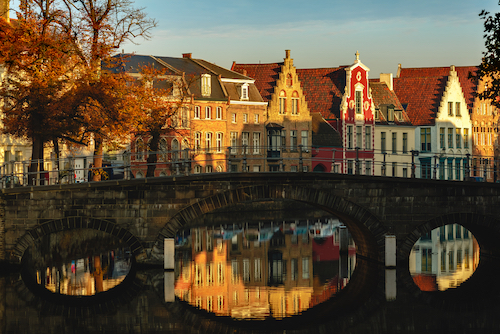 There are ten annual public holidays

Each region has its own website where you can find details of job vacancies.

• FOREM for Wallonia (French).
• Actiris for the Brussels/capital region (French/Dutch).
• VDAB for Flanders (Dutch/French/German/English).
• ADG for the German-speaking community.

Recruitment agencies account for about 80% of jobs found. They also have networks of contacts that extend across the regional borders. They can be searched for using Golden Pages.

Direct applications are less likely to be successful than an application through an agency.

Apply for jobs with a covering letter and a two-page CV, both written in the appropriate language. If unsure, take your cue from the language of the job description. 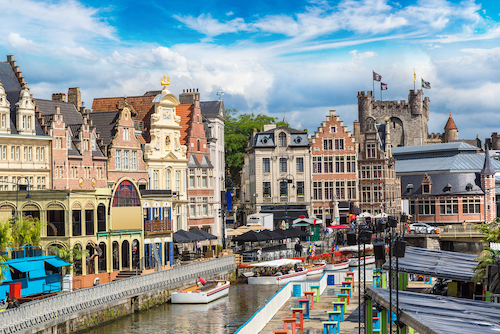 Make sure you include a covering letter with your CV

The covering letter should be typed on A4 paper and contain your contact details followed by three sections:

• Introduction: describe briefly the position you are applying for and where you found the job announcement.
• Body: give your reasons for applying with a brief review of the qualities that make you the perfect candidate. Sell the qualities that differentiate you from Belgian locals: skills and experiences from abroad; an international outlook; adaptability; languages. Confirm that you are legally entitled to work in Belgium.
• Conclusion: make your formal request for an interview.

Your CV should contain the usual sections, with lists in reverse chronological order, but Belgian employers like to know more about you than you might be familiar with in other countries.

Personal information: name; address; date of birth; telephone number including the international country code; marital or civil status (include the names of your spouse and children, if any); military experience, if any.

Work experience: names of employers; employment periods, with exact dates; positions, highlighting the relevant ones; key responsibilities and tasks listed as bullet points. Include every possible position you have had, including summer jobs.

Education: names of institutions; dates of enrolment; course titles. Only mention your grades if they are relevant to the job.

Language skills: your proficiency level for each of the official languages. If you have certificates, or are skilled in any other languages, mention them too.

Extracurricular activities: include every activity you have participated in, no matter at what level, with a short summary of your responsibilities. If you have been in charge of anything, say how many people reported to you. 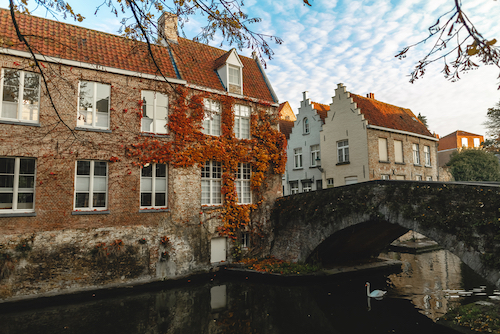 At interviews, be punctual but not too early. Arriving more than 10 minutes early can make you look uncertain. The Belgian work environment is quite traditional and conservative, so dress formally, even for a creative or manual job. Only sit down when you are invited to do so, and address everyone by their proper name (Monsieur / Meneer / Madame / Mevrouw + surname).

You may be asked more personal questions than you are familiar with, but this is part of the practice of finding out as much as possible about you. You do not have to answer questions about religion, sexual orientation, family plans, and so on; in fact, politely declining to answer sensitive questions can show that you are assertive.

As well as the interview itself, you may be given a writing or logic test.

Follow up the interview with a personalised thank-you email. It is also acceptable to send a polite reminder if you don’t hear back after the agreed deadline.

A lot of jobs require a certificate/diploma, and if you qualified abroad then you may well need to have your qualifications recognised with the Belgian equivalents. The official body for gaining equivalent recognition of your foreign diploma is NARIC-Vlaanderen for Flanders or NARIC for Wallonia.